Activity of the Schiller Institute 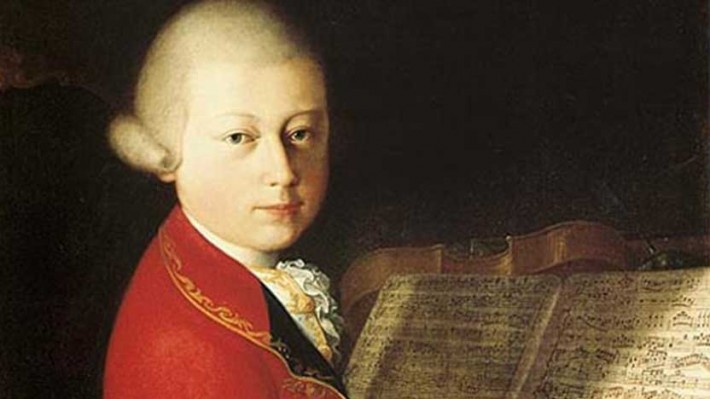 Both pieces performed at the Verdi tuning of c=256 Hz. 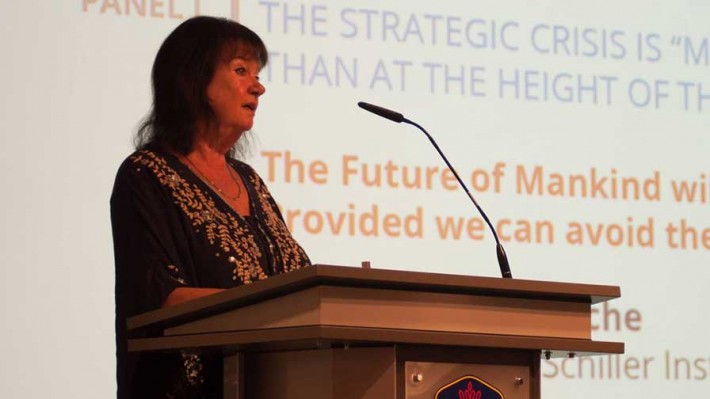 Zepp-LaRouche Interviewed by Kirk Meighoo on BRI and New Paradigm

Kirk Meighoo in Trinidad & Tobago, a former Senator and a notable academic and political figure in the country, has done a beautiful 1-hour podcast with Helga Zepp-LaRouche as his guest. The podcast centered on the issue of the Chinese role in development around the world, as part of the global New Silk Road (Belt and Road Initiative, BRI). Zepp-LaRouche reviews 45 years of initiatives from her husband, Lyndon LaRouche, and herself, for the kind of American System economics embedded in the BRI, and evaluates how the United States can be brought aboard. 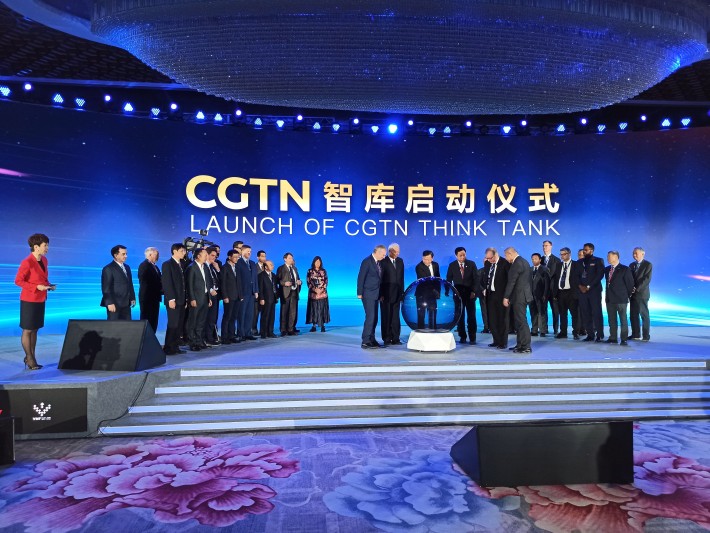 China’s English language international media organization, CGTN (China Global Television Network), founded on Dec. 4 the “CGTN Think Tank” as part of the third annual Global Media Summit, with over 300 people attending from the world’s political, business, media and technology circles. The new think tank will have “cooperative relationships with 50 renowned think tanks worldwide, with goals to offer insights on world development and promote communication among different cultures,” according to a statement from the network. Here is a short video of the launching ceremony.

Among the founding members at the event was Helga Zepp-LaRouche, as the “Founder and President of the Schiller Institute.” Other prominent members include the heads of associations dedicated to a dialogue of civilization, Chambers of Commerce, and other similar institutions. 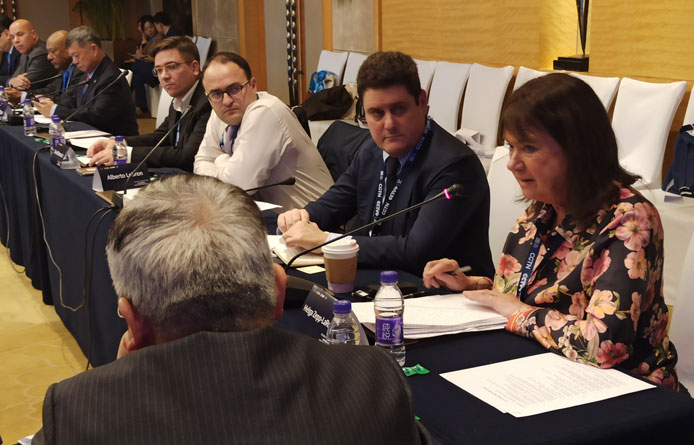 Helga Zepp-LaRouche addressed the first panel at the event, focusing on the rapidly unraveling Western financial system and the urgency of a new Bretton Woods conference to establish a new system coherent with the spirit of the New Silk Road. She stressed the necessity for the United States and Europe to cooperate with the Belt and Road Initiative in the industrialization of Africa and in the reconstruction of Southwest Asia. Extending the BRI into a global World Land-bridge conception, she explained, would also lay the basis for replacing NATO. “Not only is NATO ‘braindead’, but it is obsolete, because it does no longer express the self-interest of its member countries. Now, once we have a global Belt & Road Initiative cooperation, we can also create a new international security architecture. And while people may think that this is a Utopian conception, it is the only way out an existential crisis for all of humanity.”

She also was interviewed by the English-language China Radio International (see below).

Mrs. Zepp-LaRouche reported how upset her Chinese interlocutors are, about deteriorating relations between the U.S. and China, and the vile attacks on China from the United States, fearing that relations are not likely to be restored for a long time. Although they are aware of the impeachment drive against Donald Trump, most have no sense of the coup being carried out. Nor are they generally aware of the severity of the financial crisis and the looming crash, she added. Therefore, she focused on those issues in her interview with CRI.

The interview, recorded for the hour-long “World Today” program China Radio International/China Plus on Dec. 5, features Schiller Institute president and founder Helga Zepp-LaRouche for 12 minutes. She makes the point that the main problem in present U.S.-Chinese relations is the neo-cons in both U.S. party leaderships; that President Donald Trump is under extreme pressure by the attempt to overthrow his presidency and therefore is not quite acting towards China the way he would like.

Trump wants good relations with Russia and China, Zepp-LaRouche told the program. Once this cabal is defeated, she said, U.S. relations with China will improve. The Chinese model of economic development, particularly the elimination of poverty, is building a new paradigm which is the constructive alternative to the doomed Western system, and China is actually doing what the United States did in the period after the American Revolution. In Xinjiang, China has a positive approach that the Western media have taken no notice of; and in Hong Kong, the British role is the key factor, HZL stressed.