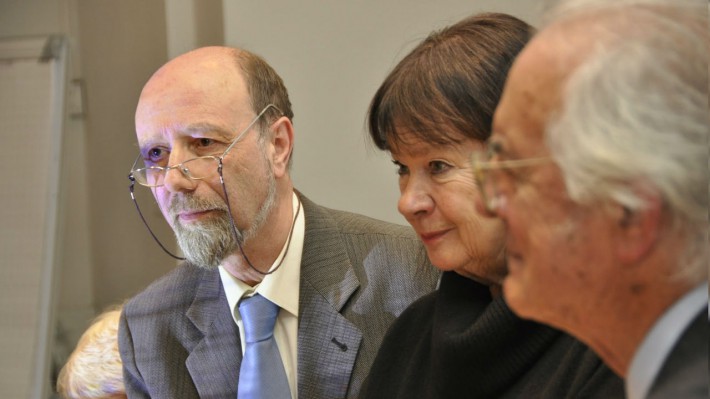 The seminar, “Solving the Economic and Refugee Crises with the New Silk Road!” organized by EIR in cooperation with the Consulate General of Ethiopia in Frankfurt, was attended by an audience of 75, consisting of representatives of several diplomatic offices, of subscribers and contacts of EIR in the region, and about 10 Syrians (students as well as refugees waiting for enrollment at universities). Several contacts even came from as far away as Berlin, and cities in Switzerland. Extending over the entire afternoon, the seminar featured presentations by Helga Zepp-LaRouche, chairwoman of the Schiller Institute; Hussein Askary, EIR Arabic Editor, Stockholm; Mehreteab Mulugeta Haile, Consul General Federal Democratic Republic of Ethiopia; Marcello Vichi, former Director, Foreign Department Bonifica company, author of the Transaqua concept; Andrea Mangano, Vice President, Italian Association of Water Engineers and contributor to the Transaqua outline. The speakers were joined by Mohammed Bila, Lake Chad Basin Commission, and Ulf Sandmark, Schiller Institute Stockholm and Swedish-Syrian Committee for Democracy, for an expanded panel in the second part of the seminar. The seminar was moderated by Claudio Celani of the EIR‘s European center in Wiesbaden.

In her keynote, Helga Zepp-LaRouche stressed that this would not be an academic seminar but rather a discussion about the fact that in this existential crisis of mankind, shown by the refugee crisis, the wars and the financial crash, solutions are within reach and must be realized now. In the wake of the terror attacks in Brussels yesterday, it is more than appropriate to recall former U.S. Senator Bob Graham’s statement of mid-November last year after the terror attacks in Paris then, that had the classified 28 pages of the Joint Congressional Inquiry into 9/11 been made public, such atrocities could and would have been prevented.

It is beyond any doubt that the Russian military intervention in Syria changed the rules of game, that it exposed the role of that pro-IS alliance of Saudi Arabia, Qatar, United States, and United Kingdom, and particular that of Turkey, whose policies have been attacked harshly by two former U.S. ambassadors to Ankara. The EU agreement with Turkey on the refugees is a travesty which fits in the general picture of Western and U.S. human rights violations which have just been exposed in a Chinese dossier. Whereas the West is talking about an insanity like “helicopter money” to save its own speculative banks, the Chinese “One Belt, One Road” initiative presents a real-economic offer for a win-win strategy; that is, not just in the interest of China but also of the other nations–and real development only will help to dry out terrorism. Either Europe works with Russia, China, India, Iran, Egypt, and other nations to launch a Marshall Plan for Syria and Africa, or its bankrupt economies will crash against the wall, Mrs. Zepp-LaRouche said. 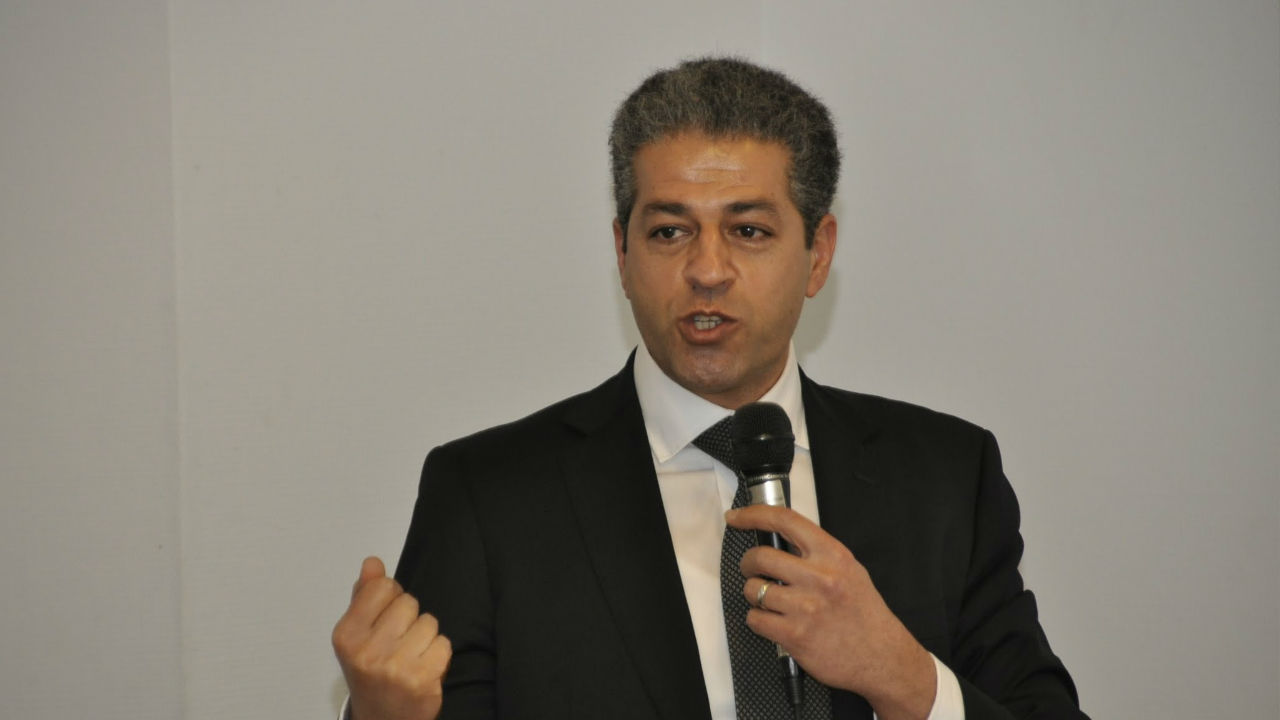 Presenting the EIR World Land-Bridge report in its first Arabic translation, Hussein Askary reported that as this seminar was being held in Frankfurt, an event presenting the Arabic report was also taking place in Yemen today under conditions of continued Saudi airstrikes of Yemeni cities. The idea of the New Silk Road is more than just building a few roads and railroads; it is a concept of development corridors improving the life of some 450 million people in the Southwest Asian region, with Syria being at the center. This involves mega-projects of rapid development, financed by national development banks free of the obligation of paying the debt as demanded by the Western monetarist institutions. Like Egypt, Syria will focus on industrial zones, transport corridors and agricultural development, with China showing the way with its massive infrastructural engagement for instance in East Africa.

The Ethiopian Consul-General followed with a presentation on the economic strategy of his country, characterized by policies that have greatly improved the per-capita income, literacy rate, and public health care since the 1990s. With an envisaged annual GDP growth of 11%, Ethiopia wants to become a middle-income level country by 2025, made possible by opportunities for Ethiopians to set up a farm or shop at the price that many pay today to human traffickers to be brought to Europe as refugees. Ethiopia, itself, is the largest refugee host in Africa, with 800,000 refugees from South Sudan, Somalia, Eritrea taken in–a fact that nobody in Europe talks about. Ethiopia will be transformed from a primary-products exporter to a nation with high-value production and infrastructure, and the country’s cooperation with Russia, China, India, and Brazil in rail projects is important in this context.

Marcello Vichi then gave a review of the history of the Transaqua Project discussion during the past 35 years, from the first proposals presented by Italy’s Bonifica company 1982-1985, to African governments as well as the United Nations, pointing to a transfer of water from the giant Congo River as the only viable option for refilling Lake Chad. The proposal has largely been met with disinterest or pessimism as to the chance of its realization, has been discarded as allegedly “megalomaniac,” but the recent refugee streams have made Europe rethink its views, and Transaqua, which has always been more than just water for Chad — rather the broader framework for the development of entire Central Africa — is the only option that can attract the young generation of African labor force not to become refugees. 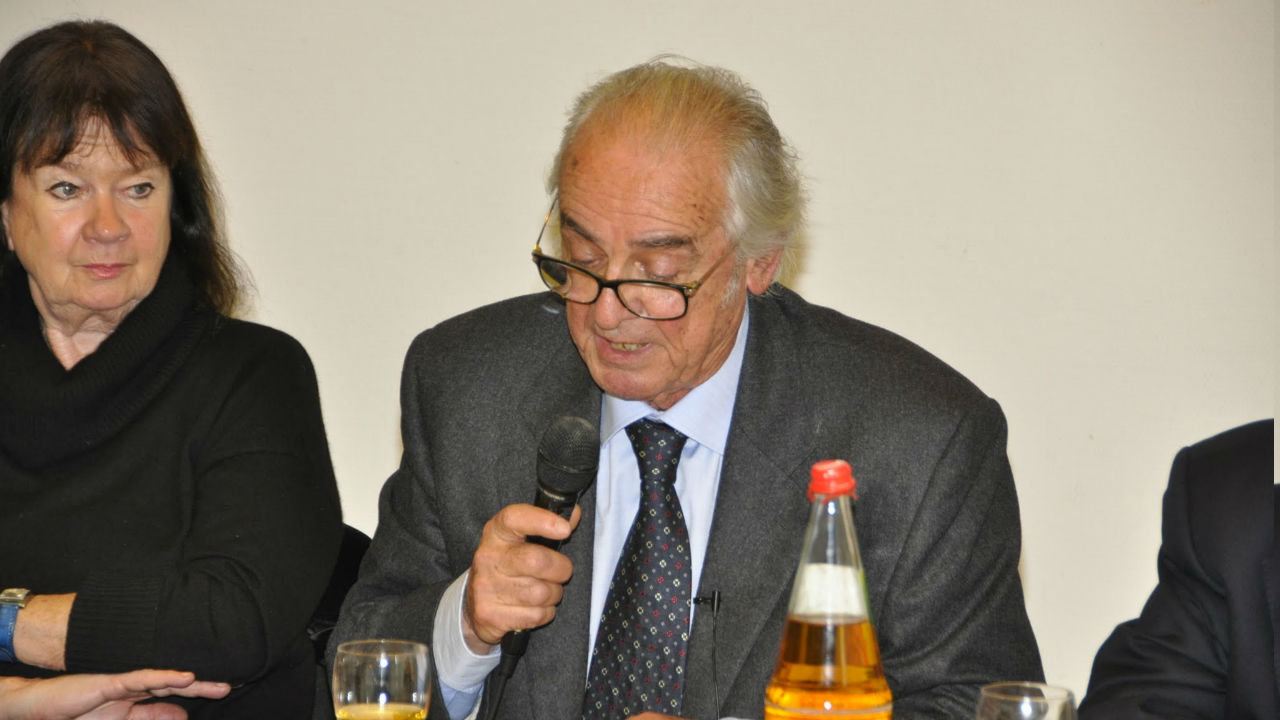 Marcello Vichi reviews the 35 year history of the Transaqua Project. 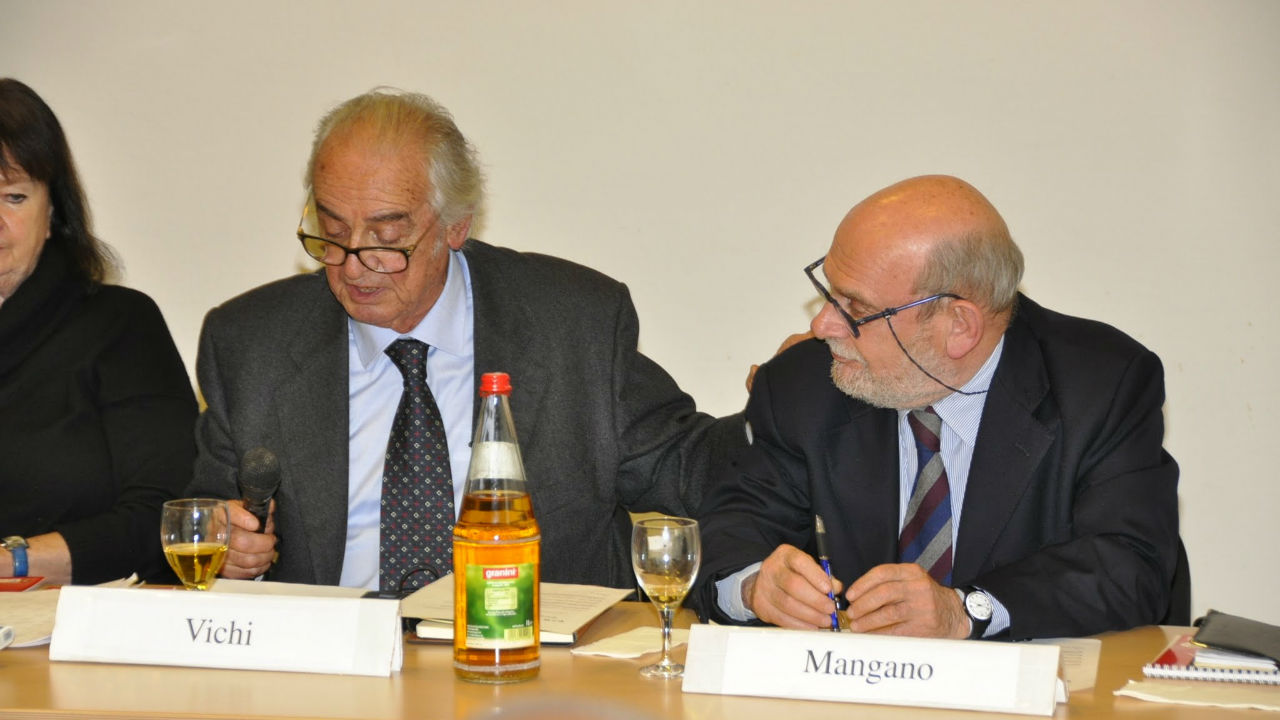 Marcello Vichi introducing Andrea Mangano as a leading proponent of the Transaqua project.

Andrea Mangano then gave an overview of what Lake Chad was 35 years ago and what it is now, with 90% of its water lost. It shares the problem with other evaporating inland lakes in the world that are no longer supplied by their traditional tributaries–the Aral Sea, Lake Urmia, Lake Turikana, the Dead Sea. The only thing that improves the situation is water transfer and reduced consumption by irrigation via new technologies. This is done by Transaqua, which will tap 5% of the water from the upper tributaries of the Congo River, which is otherwise flowing away unused into the Atlantic Ocean at volumes 14 times the water of Germany’s biggest river, the Rhine. Refilling the lake will be done with infrastructure construction that will give the entirety of Central Africa hydropower, irrigation for agriculture, and waterway transport, and relieve the region from its present land-locked situation.

Mohammed Bila elaborated on the Transaqua issue in the expanded panel, pointing to the big and ongoing migration wave southwards from Chad, since the huge drought of 1973 during which the Lake Chad already lost 40% of its water. The farmers and their cattle that have migrated to the south, will not return to Chad unless the lake is refilling, and unless the terrorist movement of Boko Haram has been crushed.

Ulf Sandmark reported on his two visits to Syria in 2014 and 2015, during which it became evident that the reconstruction of Syria actually implies the development of the entire Southwest Asia region, making it an integral part of the New Silk Road–to which he found the Syrians open-minded, and when the “Phoenix” reconstruction plan drafted back in Stockholm was presented to the Syrians during the second visit, it received broad coverage in the country’s media.

The discussion between the audience and the panelists featured more aspects of what was said in the presentations, ranging from the genocidal tradition of the British Empire which has sabotaged real development in Africa and Mideast, the hopelessness of the monetarist system, and the increased threat of a thermonuclear world war if the chance of changing course in the direction of cooperation with the New Silk Road is not taken by Europe and the United States; that it is a race of time to enter a new paradigm before the total collapse destroys everything. Also, that contrary to Western black propaganda, China is not engaged in Ethiopia for raw materials, since Ethiopia has none, but instead is a real partner for development. Zepp-LaRouche repeatedly insisted during the discussion that the participants of this Frankfurt seminar take home with them the commitment to set fire to the behinds of the policy-makers to get things fundamentally changed, that a real mass movement for development has to be created. Vichi made a passionate appeal to be optimistic as a must for people so that things can be changed. A new and creative image of man, as it was developed in the great Italian Renaissance, is required also today, Celani pointed out. Sandmark also insisted that the New Silk Road is not just for engineers but for everyone to study at more seminars and chapter meetings. The first chapter meeting on the Arabic language report in Yemen today was actually being presided over by the leading poet of that country, Askary added.