One Step Away from the Nuclear Annihilation of Mankind — A Christmas Truce for All! 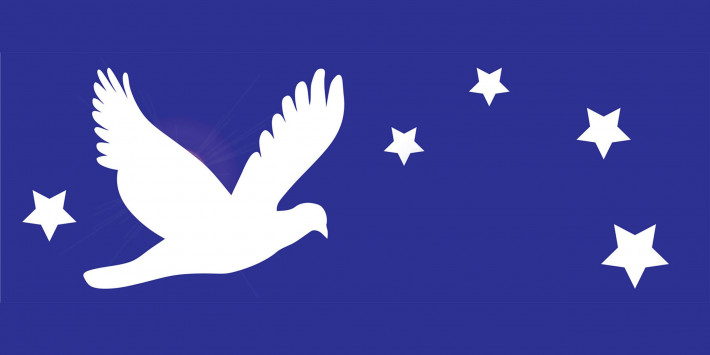 One Step Away from the Nuclear Annihilation of Mankind — A Christmas Truce for All!

The following statement was released on December 19, 2022, by the Schiller Institute to be circulated internationally in support of an international campaign for a Christmas truce and for accepting the Pope’s offer of the Vatican as venue for the immediate beginning of peace negotiations between Russia and Ukraine, without any preconditions. It is available as a two-sided with the musical score of the Dona Nobis Pacem (Grant Us Peace), a traditional canon, which can be sung at peace vigils everywhere. We encourage you to distribute the statement and send us back responses to info@schillerinstitute.org.

Political and social leaders from around the world, of different philosophical outlooks and religious faiths, are coming together in support of the offer of Pope Francis to use the venue of the Vatican for negotiations between Russia and Ukraine for a diplomatic settlement of the war in Ukraine. The confrontation between the U.S., NATO, and Russia has escalated to the point where one more step, even an unintended mistake, one misreading by one side or the other, could trigger the launching of the entire nuclear arsenals of both sides, leading to a global nuclear war, followed by a nuclear winter of about ten years, which would mean that in all likelihood not one human being would survive.

According to the U.S.-based Arms Control Association, citing senior U.S. Officials: “Biden has decided not to follow through on his 2020 pledge to declare that the sole purpose of nuclear weapons is to deter a nuclear attack against the United States or its allies. Instead, he approved a version of the policy from the Obama administration that leaves open the option to use nuclear weapons, not only in retaliation to a nuclear attack, but also to respond to non-nuclear threats.” The U.S. at no point in the past ever adopted a no-first-strike policy, and in the Bush as well as in the Trump administrations the option of a first strike existed in the security doctrine.

In response to the growing crisis and threats, Russian President Putin declared on December 9, in a press conference in Bishkek, Kyrgyzstan that Russia will reconsider its current nuclear doctrine of using nuclear weapons only if attacked first with nuclear weapons by another party, or if the existence of the Russian state itself is threatened. Putin said Russia was now considering responding to the U.S. doctrine of preemptive first strike by having to adopt the same first strike policy. That means we are one step away from a thermonuclear catastrophe.

We call on all people of good will to support the offer of Pope Francis, which has been reiterated by Vatican Secretary of State Pietro Parolin, to use the venue of the Vatican for the immediate beginning of peace negotiations, without any preconditions.

A group of political and social leaders has just issued a public letter to Pope Francis in which they state that “we welcome Your Holiness’s offer of the Vatican as a possible neutral ground for peace talks – without any preconditions – between Russia and Ukraine… We note that others in Europe and the United States have also offered venues for the Russian and Ukrainian leadership to negotiate peace. We believe it is urgent to unify all such efforts into a globe-spanning movement to bring resolution to this conflict, taking into consideration the valid security interests of all parties.” They further called “on other political and social leaders around the world, regardless of differences in ideology or religious faith,” to join that effort.

We call on all men and women of good faith to join this call for a diplomatic solution. Also join our campaign to conduct choruses in the whole world to sing the canon for peace, “Dona Nobis Pacem.” May the voices for peace move the hearts and minds of those responsible.

· One Step Away From the Nuclear Annihilation of Mankind! — by Helga Zepp-LaRouche

· Declaration of Current and Former Legislatures of the World: Stop the Danger of Nuclear War