What started out as the 250th birth-year of one of the greatest composers mankind ever produced, has quickly also become a clear turning point for all of civilization, with multiple crisis hitting all at once demanding bold changes. We look to leaders such as Beethoven for guidance on how to shape the path to a future worthy of mankind.

“it is only through aesthetic education, through great classical art that the ennoblement of mankind can occur. It is time that mankind grew into a new paradigm, where the poets and the artists become the natural leaders of the age”

Beethoven would agree, in fact he once noted that if only people took the implications of his music serious, war would become an impossibility!

The Schiller Boston Community Chorus will be spending the year delving into Beethoven’s mind and mission. Under the current condition, this mean online chorus, which also means everyone can join regardless of where you are located! Jointly with our sister choruses on the East Coast of the US, we are simultaneously working on Beethoven’s mass in C (Op. 86) and on his magnificent Missa Solemnis.

Let us celebrate and propagate the creative rays of the great German composer, and revolutionary, Ludwig van Beethoven.

Join us for rehearsals and for the upcoming Beethoven birthday celebration on December 17th 2020.

ABOUT THE SCHILLER BOSTON COMMUNITY CHORUS:

The Schiller Institute Boston Area Chorus is determined to have fun preserving a tradition of beauty and profundity, and be a shining light through a cultural darkness of our nation, where ugliness and mediocrity is promoted and even celebrated. As humanity is now at the cusp of profound change, let this light be the spark for a new renaissance of art and science and a true American humanist culture!

The chorus meets every Tuesday night and is open to anyone, regardless of background or experience. We rehearse at the natural Verdi tuning of C=256 Hz. and work on mastering the Bel Canto technique of ‘effortless singing’.

“All great music is born of human passion. And if you don’t express passion, you ain’t a musician! The whole thing is passion! It is to move people, to change the way they’re thinking at that mood and time, as a constructive act. Uplift people to what they didn’t know, trying to have them discover things which they thought they were incapable of doing. It is these tributes, which help us understand what humanity is.” -L.H. LaRouche 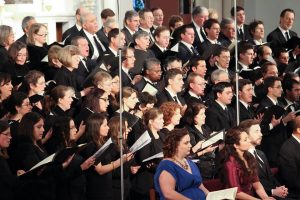 The Schiller Boston Community Chorus grew out of the incredibly inspiring commemoration of John F. Kennedy, which members of the Schiller Institute from the East Coast of the USA organized on January 19th 2014 – exactly 50 years after the original memorial mass.  We performed Mozart’s Requiem, which had also been performed 50 years earlier at the request of Jacqueline Kennedy, but this time with the voice of John F Kennedy interspersed with the music.

The Holy Cross Cathedral was almost filled to capacity and the effect on everyone was profoundly inspiring.  It was as though Kennedy was alive and with us. Out of this process, with a proof of the power of great composition, the Chorus was born.

We have done many events and concerts in Cambridge and recently moved our home to Quincy, where we practice and perform at Christ Church. 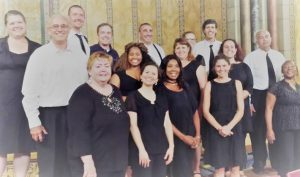 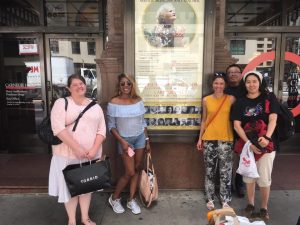 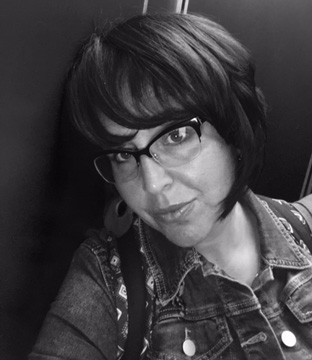 Jennifer Ann Pearl, conductor, has over two decades of diverse experience in teaching, conducting, and performing. As a voice teacher, she has maintained private students for over ten years and currently is on the voice faculty at EKS Music School. She is the founder and conductor of the Schiller Boston Community Chorus which recently performed at New York City’s Carnegie Hall. She also recently established the New Paradigm Octet, a group of professional and advanced amateur singers. She is a volunteer activist with the Schiller Institute (& the LaRouche movement) and has been committed to bringing classical culture and economic justice to all peoples for over fifteen years. In Italy, she trained and performed with Verdi soprano, Antonella Banaudi. Jennifer earned her Bachelor’s in Vocal performance from Indiana University Jacob School of Music in 2001 and currently studies with Kathryn Wright (Boston Conservatory at Berklee). Jennifer’s vision is to launch a city-wide Boston community chorus which performs Classical choral music and Spirituals at the Verdi tuning. She invites you to join the Chorus!! 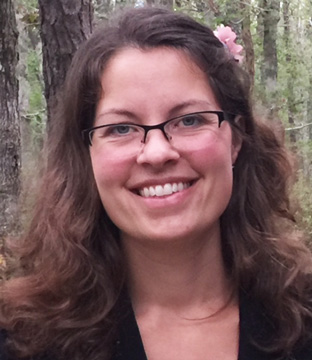 Malene Robinson, assistant conductor and rehearsal pianist. Born and raised in Denmark, Malene started classical piano at the age of 8. After finishing pre-university education, she went on a travel through Ibero-America, where she witnessed some of the worst poverty and under-development imaginable. She became politically active, and – upon meeting the Schiller Institute in 2003 -, a passionate advocate for a worldwide cultural and economic renaissance, driven by the New Silk Road, which since then has been adopted by many governments and organizations. She continues to be an activist with the LaRouche movement and Schiller Institute, and has accompanied and coached singers in Germany, Denmark, and the United States. She is also an active choral singer, pianist, and mom of two beautiful daughters. 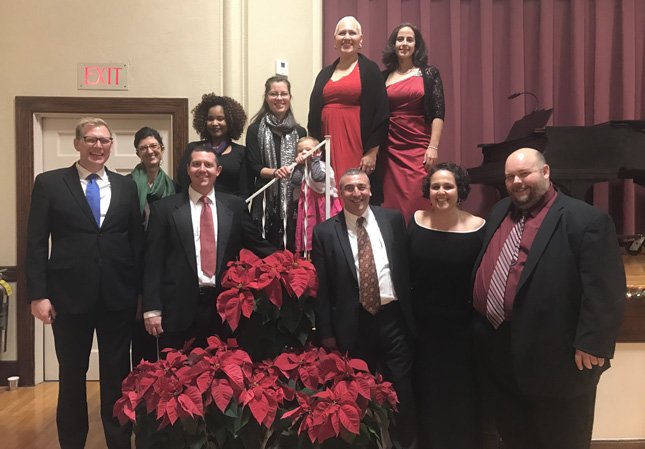 The New Paradigm Octet (with friends).

The New Paradigm Octet was established in September, 2017. The octet, a subsidiary of the Schiller Boston Community Chorus, performs a capella music in four-part harmony by such composers as Mozart, Schumann, and more, and puts a tremendous emphasis upon performing African-American Spirituals. The mission of the Octet is to bring the beauty and depth of great classical music into the community, through song.

Rehearsals are Tuesday nights at 7 -8:15 pm, from January to early June,
at Christ Church, Quincy MA

If you want to sing with us, find out about our concerts,
volunteer to help at events, or have other questions, please don’t hesitate to call or email us.