Can ‘The West’ Learn? What Afghanistan Needs Now! 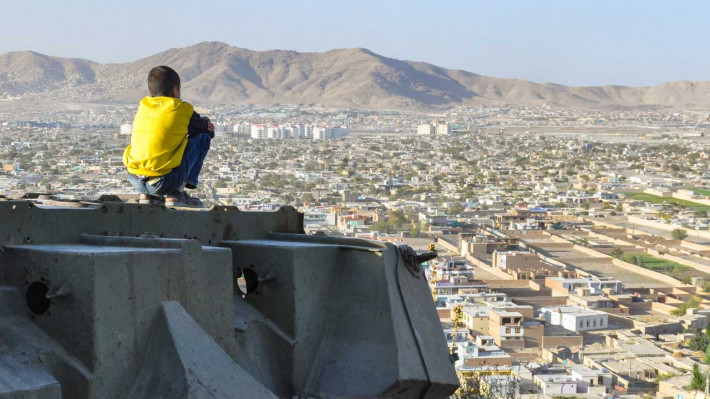 Can ‘The West’ Learn? What Afghanistan Needs Now!

September 5—The catastrophic failure of NATO in Afghanistan, and with it the policy of 20 years of wars of intervention, couldn’t be more dramatic. It is not only that the war was lost; it is paradigmatic for the whole spectrum of misconceptions of the Western liberal system. It is therefore to be welcomed when President Biden announces that the withdrawal from Afghanistan marks the end of the entire era of the use of American military power with the aim of “remaking” other countries. But if this reorientation only means that we will no longer busy ourselves out in the boondocks with the “endless wars,” but instead will concentrate all forces on the “new challenges”—namely the confrontation with Russia and China—then the lesson from this shameful disaster has not been learned and we are embarking on an even worse catastrophe. But the wound is still fresh, the shock of defeat has shaken the whole Western world and the chance exists for a completely new approach.

A Brown University project to ascertain the costs of U.S. wars since September 11th, for which we are about to mark the 20th anniversary, has calculated that the total costs for the military operations in Afghanistan, Iraq, Libya, Syria, Yemen, Somalia, Pakistan, etc. are $8 trillion and at least a million people have lost their lives. This breaks down to $2.3 trillion for the Afghanistan war, $2.1 trillion for the Iraq/Syria war zone, $355 billion for military operations in Libya, Somalia, etc., $1.1 trillion for Homeland Security programs, and $2.2 trillion for the upcoming care of U.S. veterans who were deployed in these wars, a large number of whom suffer from secondary physical and mental illnesses. At least 15,000 U.S. military personnel and roughly the same number of international NATO troops were killed. Around 70 million people are refugees from these wars. Hundreds of thousands of troops were deployed, an unknown number of civilians perished, and the majority of the troops were essentially occupied with protecting themselves in a hostile environment. They had just as little idea of those people and their culture at the beginning of the 20 years, as at the end of it, as was known to the public no later than with the publication of the Afghanistan Papers in 2019.

The humanitarian situation in Afghanistan is appalling. World Food Program Director David Beasley, who visited Afghanistan last week in August, announced that 18 million Afghans are starving—more than half the population—and 4 million are at risk of starvation next winter without massive help. The WHO fears a medical disaster in view of the scarcely existing health system in the midst of the COVID pandemic, and only around 1 million people are vaccinated so far. Can the people of Western countries have any idea what kind of suffering the Afghan population has had to go through in the past 40 years of war, and must still endure at this point in time?

In view of this almost unimaginable tragedy, it is downright absurd and deliberately misleading that in the context of the “endless wars” one still speaks of “nation-building.” What was built in Afghanistan when half the population is starving? If the U.S.A. and other NATO members had invested only 5% of their military spending in the real economic development of Afghanistan, this horrific debacle would never have occurred.

So far it has not been apparent that there is any real rethinking in the United States or Europe. Because this would not mean merely that one is willing to “talk to the Taliban,” but that one is correcting the entire premise of the policies of the last 20 years. If Biden is serious about ending the entire era of the wars of intervention, then U.S. troops must finally comply with the vote of the Iraqi Parliament, which demanded their withdrawal in January 2020. Then the murderous Caesar Act sanctions of the U.S.A. against Syria must be ended immediately, which to this day contribute to holding over 90% of the population to a standard of living below the poverty line. Beyond that, especially during a pandemic, we must end the policy of sanctions against all countries; they have no UN mandate, and they only strike at the poorest sections of the population and often kill them.

What the U.S.A. and the European nations have to do now, if they ever want to regain credibility with respect to “values” and “human rights,” is to offer real help to the Afghan government that is being formed, e.g. by building a modern health system. One of the things that is urgently needed now is a whole system of modern hospitals, in connection with a system for the training of doctors, medical professionals and a training program for young people who can help the population in all rural areas to familiarize themselves with the hygiene measures required in a pandemic. With the help of partnerships, such a system could be linked to medical centers in the United States and Europe, as is already in place with other countries in the developing sector.

In view of the famine, in addition to the airlift that David Beasley of the WFP is setting up from Pakistan, which can bring food into Afghanistan, a comprehensive offer of agricultural support is needed urgently. If we are to stop the farmers from falling back to the cultivation of poppy plants for the production of opium out of sheer necessity, then the development of agriculture, integrated into the general economic structure, must be supported. With the agreement concluded with the Taliban in 2000, the former UN drug commissioner Pino Arlacchi demonstrated that the abolition of drug cultivation is possible and that the religious convictions of the Taliban can be met.

Provided that the sovereignty of Afghanistan and the new government is absolutely respected, and it is guaranteed that such aid in building up agriculture is not mixed with a political agenda, various pilot projects based on the model of Jawaharlal Nehru’s green revolution could be started with the regions that are ready to do so. There are committed young and older farmers in the United States and Europe who would be willing to participate in such a peace mission to improve agricultural production in Afghanistan in such a way that the famine can be permanently eradicated. In view of the repeated droughts, such programs would of course have to go hand in hand with irrigation programs and general water management.

An Aid Coordinator Who Is Trusted

It must first and foremost be about helping the Afghan people in a gigantic emergency that they did not cause themselves, and this is only possible if a basis of trust is established with the new government, regardless of all ideological reservations. The Committee for the Coincidence of Opposites therefore proposes that the U.S. and European governments choose the person to coordinate such an aid program, who has shown in the past that such a policy can work: namely, Pino Arlacchi. It would guarantee that Afghanistan’s sovereignty would be respected and that no attempt would be made to impose Western standards, since he has already won the Taliban’s trust in the past.

Such a redefinition of policy towards Afghanistan naturally also means completely turning away from thinking in geopolitical categories, rejecting the idea of politics as a zero-sum game in which the rise of China and Asia are automatically understood as the decline of the West. With his visit to Chinese Foreign Minister Wang Yi, the new head of government, Abdul Ghani Baradar, signaled that his government is counting on cooperation with China and the integration of Afghanistan into the New Silk Road. The Russian Ambassador to Afghanistan, Zamir Kabulov, has proposed an international conference for the country’s economic development to discuss which projects must have absolute priority in order to overcome the emergency.

If the West has learned anything from the millennium defeat in Afghanistan, then it must cooperate impartially with Russia, China, and neighboring countries in Central Asia, Pakistan, Iran and India in building not only Afghanistan, but all of Southwest Asia. The slogan “to end the endless wars,” which got Tony Blair so excited, is not imbecilic—what is imbecilic is the policy of colonial wars of intervention he proposed. This was not only moronic, but criminal and murderous, and has destroyed the lives of millions of people or plunged them into unspeakable suffering. The architects of this policy should be held accountable.

But if the cycle of violence and revenge is to be overcome, then a new policy must be on the agenda: The new name for peace is development, as Pope Paul VI once said. Afghanistan is the one place where the United States and China can begin a form of cooperation that can be a baby step toward strategic cooperation putting humanity’s common goals in the foreground. Ultimately, its realization indicates the only way that the end of mankind in a nuclear Armageddon can be prevented.

In any case, German Defense Minister Annegret Kramp-Karrenbauer does not seem to have learned anything from the “severe defeat,” if all she can think of is the demand for “more military independence for the EU.” The “lack of skills” of which she speaks does not only refer to the failure of European resistance to the U.S.-driven withdrawal from Afghanistan. If the self-induced decline of the West is to end, we need an honest analysis of why the neo-colonial liberal social model has failed, and above all we need a renaissance of our humanistic and classical culture. Our attitude towards the construction in Afghanistan is the test case of whether we are able to do so.

This article was translated from the front-page lead of the German weekly newspaper Neue Solidarität* for issue No. 36, Sept. 9, 2021. https://www.solidaritaet.com/neuesol/2021/36/hzl.htm*