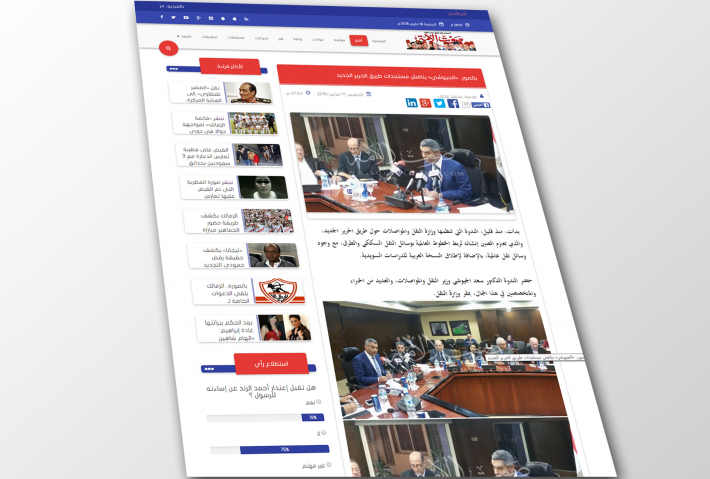 EIR‘s Southwest Asia specialist and Arabic editor, Hussein Askary, has concluded a very successful one-week trip to Egypt to launch and promote the Arabic translation of EIR‘s Special Report The New Silk Road Becomes the World Land-Bridge, and the ideas within the report. The report and the presentations made by Askary were enthusiastically welcomed by top government officials, economists, and media.

The highpoint of this intervention was the very high-level and well-attended launching of the Report under the auspices of the Egyptian Ministry of Transport in a seminar on March 17 at the headquarters of the Ministry, presided and introduced by Minister Saad El Geyoushi personally. 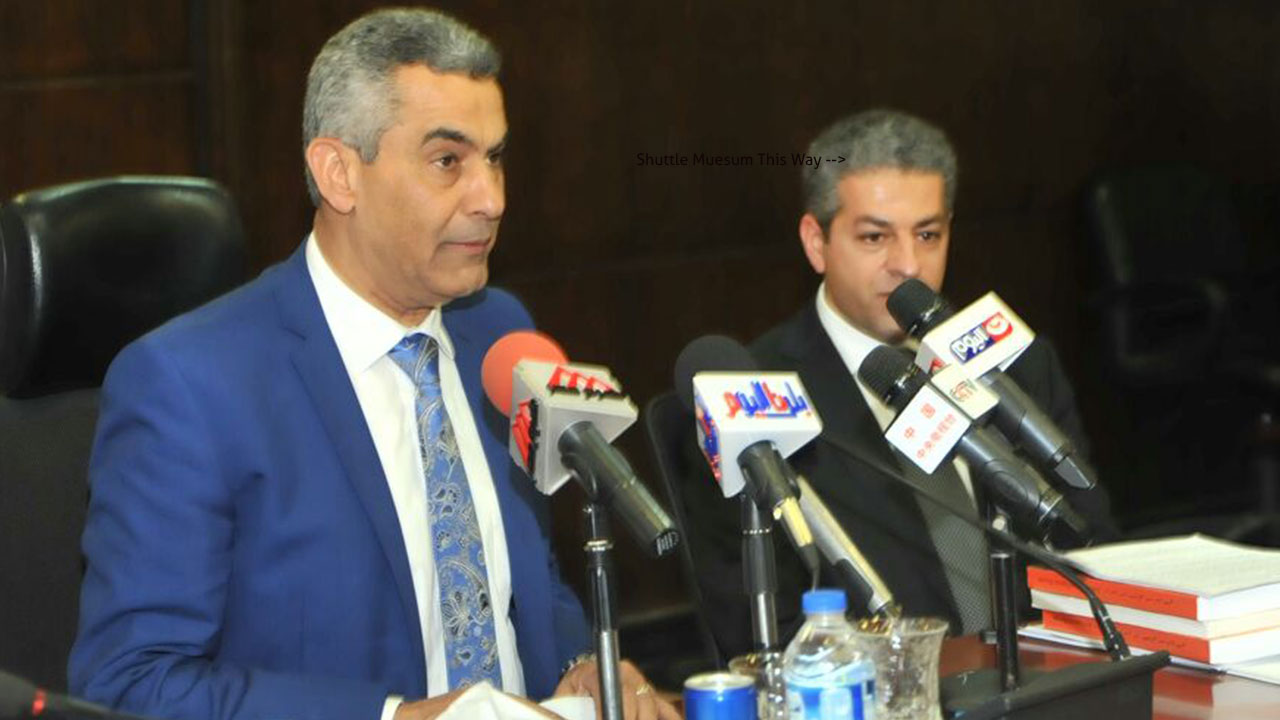 The other highpoint was the reception awarded Askary on March 20 by the Chairman of the Suez Canal Authority, Admiral Mohab Mamish, the man who oversaw the breathtaking building of the New Suez Canal. Mamish received Askary at his office in Ismailia right on the Suez Canal, and attentively listened to a detailed briefing on the importance of this achievement not only for Egypt’s economy, but also for the region and the global economy, too, if it is utilized as a development zone and hub for the development corridors stretching from China through Southwest Asia to Africa, and also as part of the Maritime Silk Road. 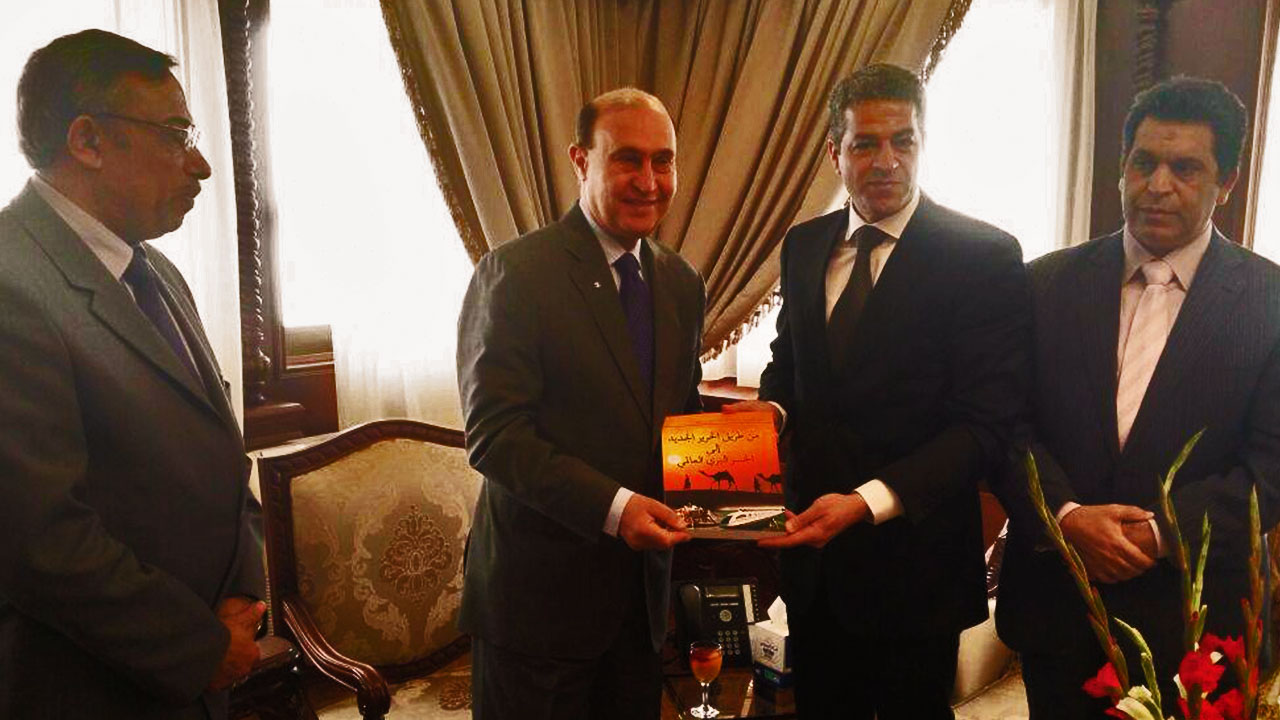 Askary’s meeting with Mamish, in which the latter received a gift copy of the report, was preceded by a presentation to the team working under Eng. Nagy Ahmed Amin, Director of Planning, and Research Studies Department at the Suez Canal Authority. Askary was later offered a private guided boat tour of the New Suez Canal.

At the launching seminar at the Transportation Ministry, Dr. Saad El Geyoushi personally presented Askary, as the Southwest Asia specialist of EIR and representative of the Schiller Institute, and in both his introductory remarks and commentary on Askary’s presentation, Dr. El Geyoushi expressed total concordance with the idea of the New Silk Road, and his government’s plans to integrate Egypt’s transportation networks into the New Silk Road dynamic. He also took the opportunity to announce that the Egyptian government intends to invest one trillion Egyptian Pounds (100 billion US$) in roads and railways, not only to develop Egypt’s transportation network, but also to connect Egypt to Asia, and, most importantly, to Africa to the south, in a 50,000 km network.

The packed hall at the Ministry hosted top experts and advisors of the Ministry and other institutions, and several Egytian TV networks and newspapers. Interestingly, the Chinese Arabic TV channel CCTV-Arabic, was present, and recorded an interview with Askary. Two other TV channels also interviewed Askary.

Two other seminars were organized: one by the Egyptian Society of Engineers (founded in 1920), which was held at the Cairo Great Library, and attended by former Egyptian Prime Minister Dr. Esam Sharaf (also a former Minister of Transport in several Egyptian governments), who was the main commentator on Askary’s presentation of the New Silk Road concept. Sharaf expressed his agreement with not only the economic and scientific aspects of the presentation and the report, of which he received a copy, but also with the political, strategic and cultural aspects, too. 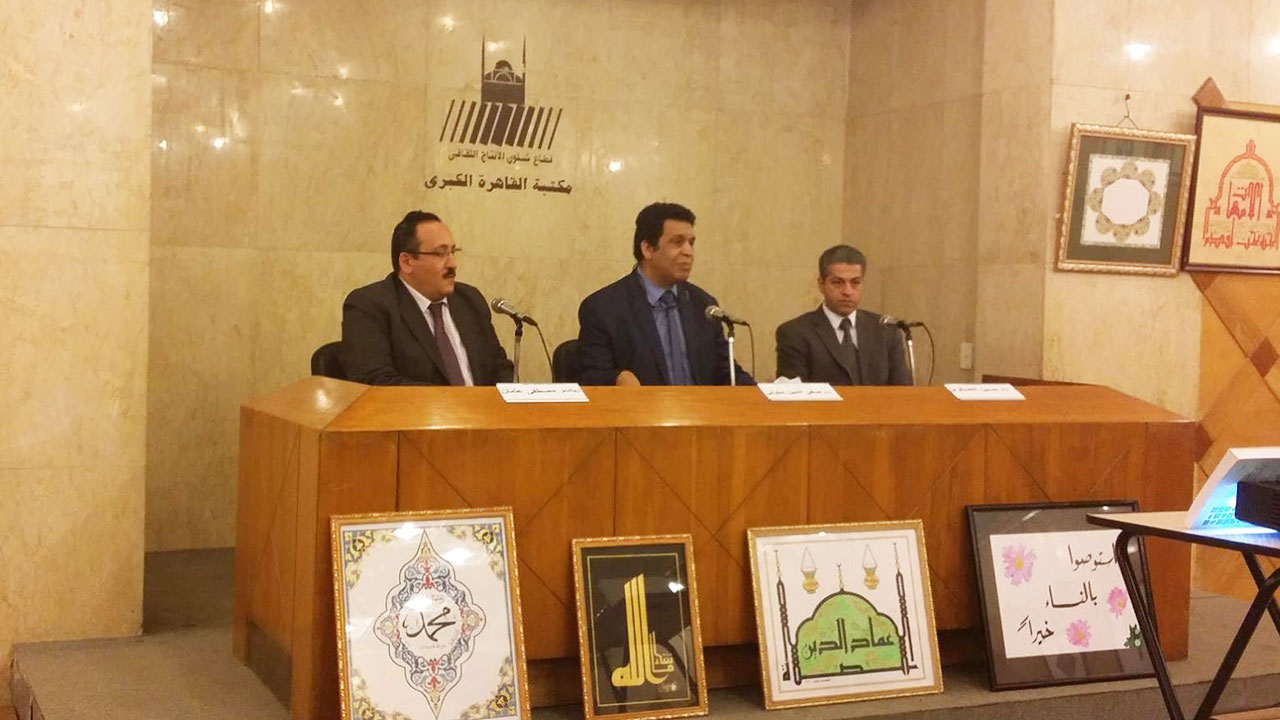 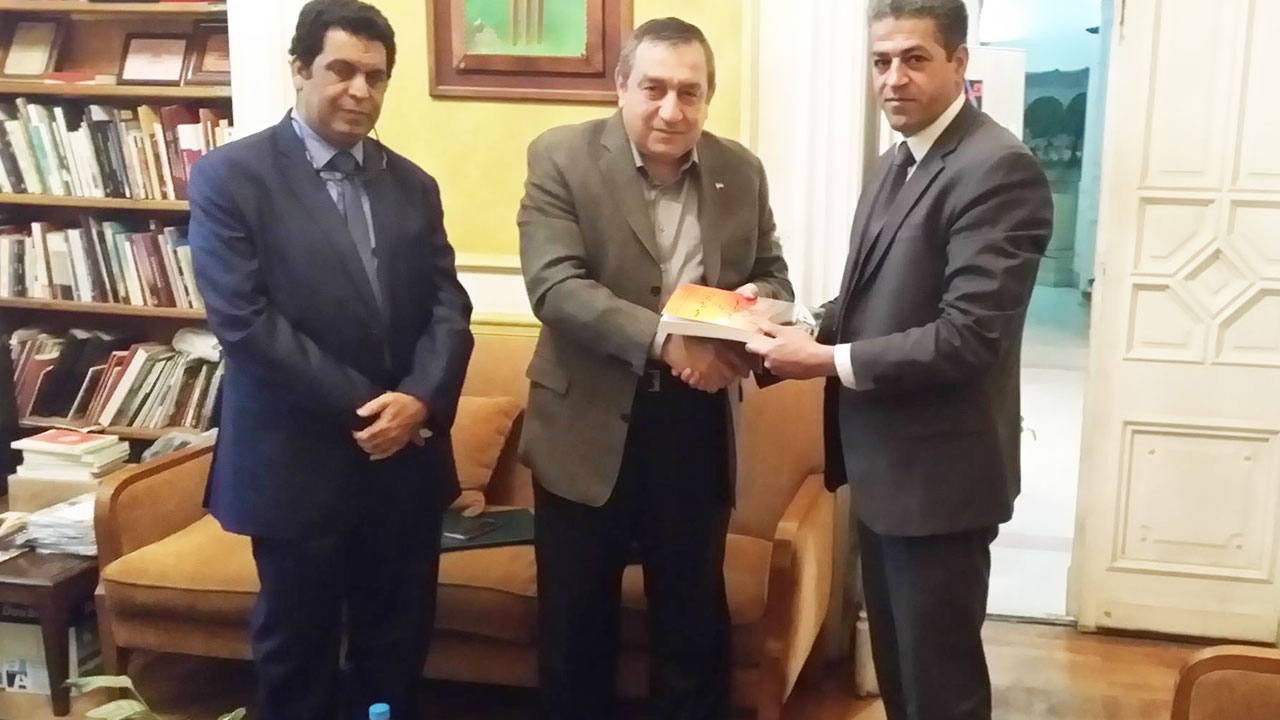 He stated that he had just returned from a long visit to China, and that he deeply believed that the New Silk Road is the foundation of a new and more humane World Order, unlike the current order which has degraded human existence and dignity. He also emphasized the point raised in the report, that the New Silk Road and any other such projects are not mere trade routes, but development corridors that can transform all societies where they reach, along with the nations that decide to participate in them. He highly recommended that the current Egyptian government take this project seriously, and integrate it in its developmental plans and visions. Sharaf expressed his gratitude to EIR and the LaRouches personally, whom, he said he has taken note of, with their ideas and activities for a long time.

In addition to these events, Askary was invited to three TV shows (CBC Extra, Nile Cultural TV, and Nahdha TV) to present the report and the New World Order it represents.

The events taking place this week and all the discussions and debates that followed, clearly indicate that the idea of the New Silk Road and World Land-Bridge, and the utilization of these ideas for the development of Egypt, the Arab World, and Africa, is regarded as a way to save the Egyptian economy, which has been suffering the terrible consequences of submitting to the Transatlantic system and its institutions, such as the World Bank and IMF. Egypt is still suffering economically and socially, in addition to the security aspect that has been worsened by NATO’s unleashing of the Jihadist terrorist hordes in the region. The urgent demands of the people for reform and betterment of the living conditions are pushing the President Abdel Fattah El Sisi and his Prime Minister to resort at times to crisis-management policies. At the moment this report is written, the Egyptian government is facing a new reshuffling, with eight ministers reportedly being replaced. But the clarity of vision regarding the solutions to this crisis, and the resilience and determination shown by the Egyptian people and their leadership, represent a great hope for this nation and the region. 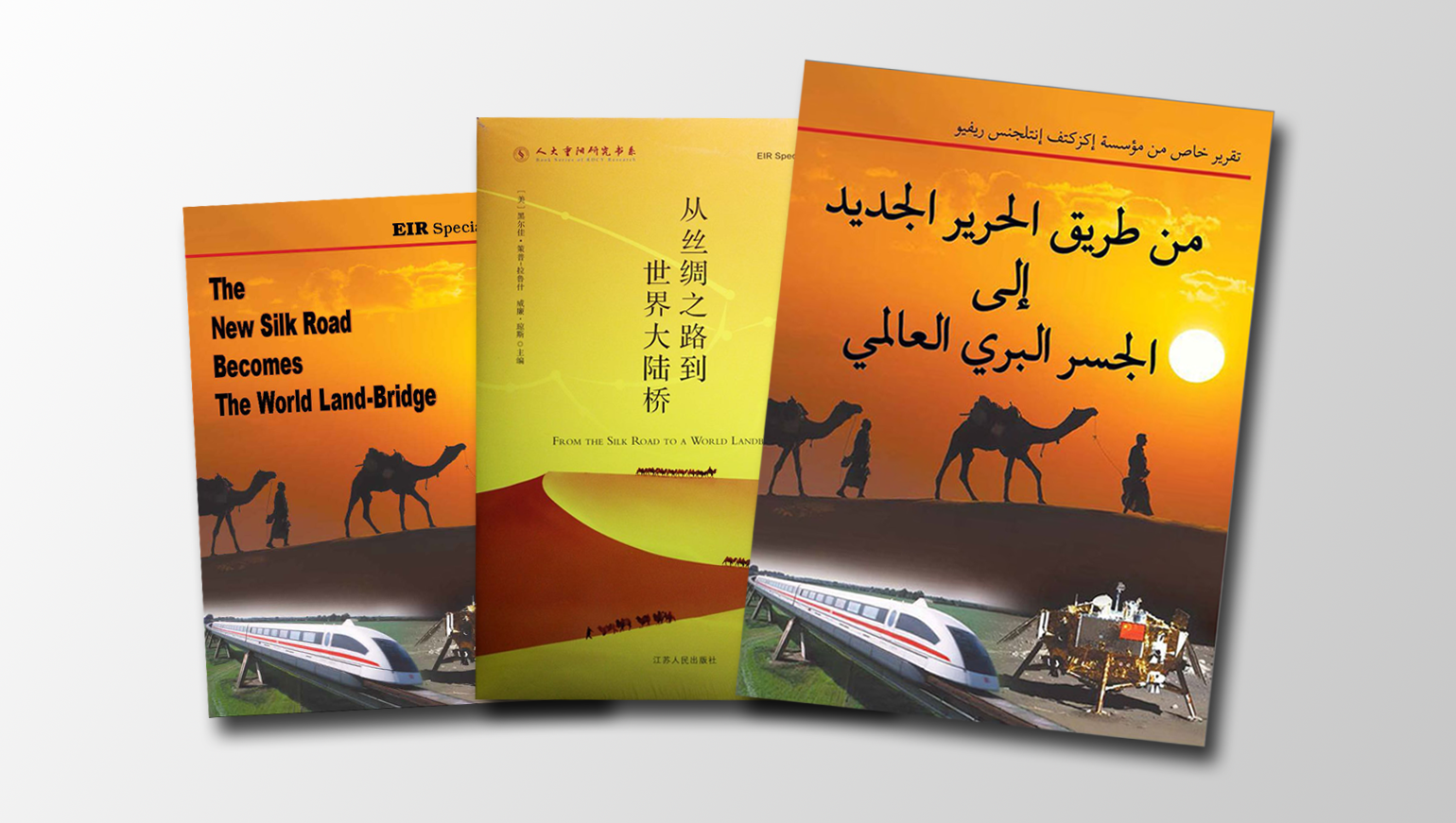 Cairo, March 17 — The Egyptian Transportation Ministry sponsored an event to launch the Arabic translation of the EIR Special Report “The New Silk Road Becomes the World Land Bridge” today at the headquarters of the Ministry in Cairo. Transportation Minister Dr. Saad El Geyoushi personally headed the seminar and presented Hussein Askary, as the Southwest Asia specialist from EIR (Executive Intelligence Review) and representative of the Schiller Institute. Both in his introductory remarks and commentary on Askary’s presentation, Dr. El Geyoushi expressed total concordance with the idea of the New Silk Road, and his government’s plans to integrate Egypt’s transportation networks to the New Silk Road dynamic. He also stated that the Egyptian government is intending to invest EGP 1 trillion Egyptian pounds ($100 billion) in roads and railways, not only to develop Egypt’s transportation network, but also to connect Egypt to Asia and most importantly to Africa to the south. 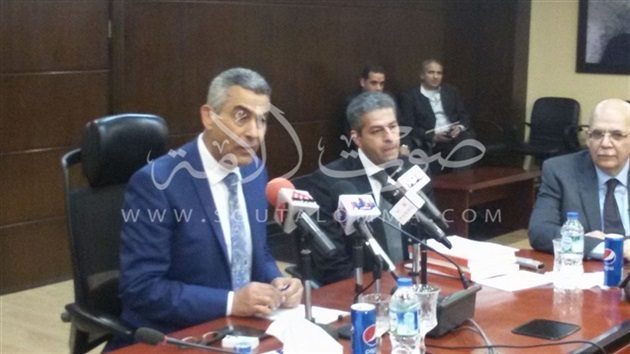 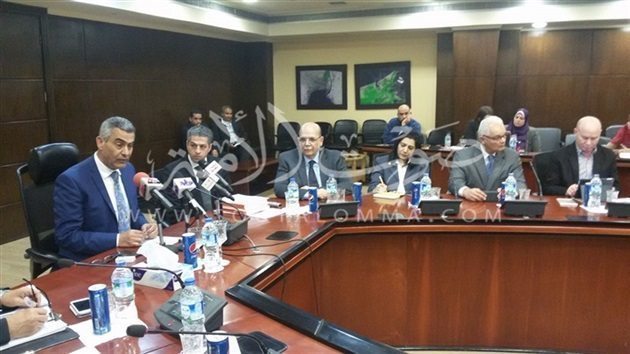 Hussein Askary, introduced as the Southwest Asia specialist from EIR (Executive Intelligence Review) and representaive of the Schiller Instutute, seated to the left of the Minister.
source: soutalomma.com

A packed hall hosted top experts and advisers of the ministry and other institutions, and several Egyptian TV and newspapers. Interestingly, the Chinese Arabic TV channel CCTV-Arabic, was present and taped an interview with Askary. Two other TV channels also interviewed him.

There are still few media reports, as the event took place in the evening. 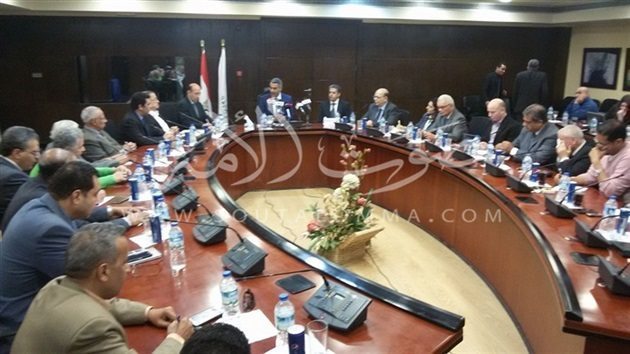