Houston, Texas Schillerfest: Truth is Beauty, Beauty Truth; That is What People Came to know 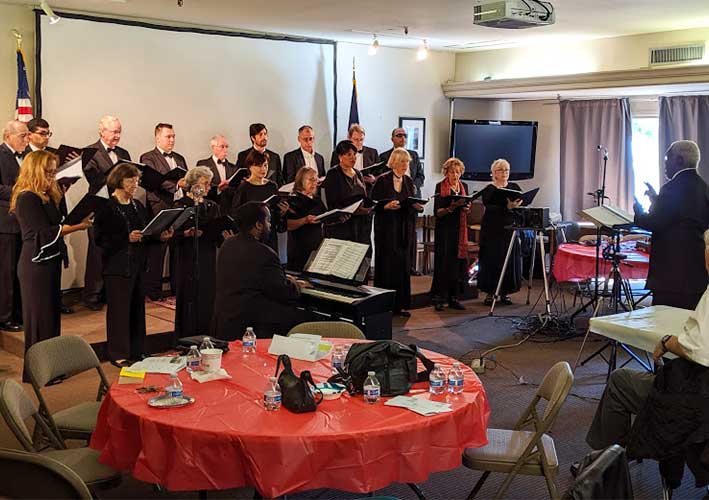 Houston, Texas Schillerfest: Truth is Beauty, Beauty Truth; That is What People Came to know

On November 9th, Schiller Institute activists and supporters in Houston, Texas came together to celebrate Friedrich Schiller’s 260th Birthday. In what has become an annual tradition in Houston, the afternoon of music, poetry and drama welcomed many participants, and was again held at Houston’s beautiful and cozy French language and cultural center.

This year some 60 people joined in our celebration, including those who were brought by friends or family. The number of new guests was striking, and many expressing their happiness at finding something that lifted them above the ugliness of everyday events.

In preparation, there had been a discussion as to how we could make this year’s celebration a means, providing our friends and activists with the tools they need, to also help elevate others above the ugliness and banality of the culture we are otherwise surrounded by. As a result, our Schillerfest was organized as a thoroughly composed afternoon of music, poetry and drama (not to mention good food), with this idea in mind. Among the highlights were classical poems in Russian, German, and Chinese presented by native speakers, who have become active with the Schiller Institute.

The afternoon began with an introduction by Houston Schiller Institute representative Brian Lantz, noting the triple anniversary of the 260th birthday of Friedrich Schiller, the 30th anniversary of the fall of the Berlin Wall, and the 35th anniversary of the founding of the Schiller Institute. Schiller himself had embarked upon a vigorous organizing campaign, to provide an aesthetic education of his fellow men and women, recruiting allies and collaborators, a process that continues today. His writings – such as “On the Aesthetic Education of Man” and “Theatre as a Moral Institution” reached around the globe, as did his plays, poems and histories. They were taken to heart by Pushkins’s circles in Russia, the circles of Keats and Shelly in England, and influencing education reform in China from the beginning of the 20th century down to today. Fredrick Douglas, the great American abolitionist, former slave, orator, author, diplomat and friend of Abraham Lincoln, writing in his newspaper, North Star, named Schiller “the poet of freedom,” and “one of us.” It was then Beethoven’s 9th symphony, set to Schiller’s poem “Ode to Joy” that was performed in Berlin, in celebration of the fall of the Berlin Wall 30 years ago. So the world has indeed been moved, shaped and made better by a poet, through “mere words.” So we are reminded that we are not animals, wedded to sense perception. We communicate instead in terms of discovered great ideas and principles which we apply willfully and freely to transform the world.

The Houston Schiller Chorus opened the music program with two four-part choral pieces by Haydn, and a chorale by Bach. This was followed by a very moving aria from Verdi’s setting of Schiller’s “Don Carlo” by our maestro Dorceal Duckens. Dan Leach then  introduced a program of poetic works, provoking all to understand—as Shelly and Lyndon LaRouche developed—that what is poetic is not always in verse. This section began with excerpts from Shelley’s ‘A Defense of Poetry”. This was followed by “Hymn to Intellectual Beauty,” Schiller’s “Columbus” in English and German, and “Tree of Fate” by Pushkin in Russian. The first half of the program was closed by the Schiller/Schubert piece “Dithyrambe” and two spirituals, Burleigh’s setting of “Deep River” and “Every Time I Feel the Spirit,” performed by the chorus. 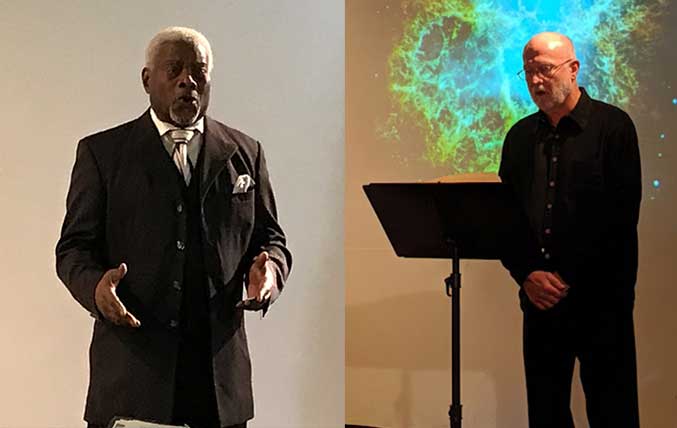 After a short intermission, the entire audience reassembled. Everyone indeed stayed to the end of the full program which was about four hours in total. The second half of the program was opened with Schubert’s “Staendchen.” Then were presented two contrasting scenes from Schiller’s dramas. The first scene was the meeting between Queen Elizabeth I and Mary Stuart from the play “Mary Stuart.” In this scene, neither of the main protagonists is able to overcome their own pride and rage and the future of England which could have been secured is lost. The second scene is from “William Tell,” where Gertrude Stauffacher organizes her husband Walter to put freedom before material possessions and to stand up to dictatorship. Both scenes were fully staged, with costumes and memorized dialogue. 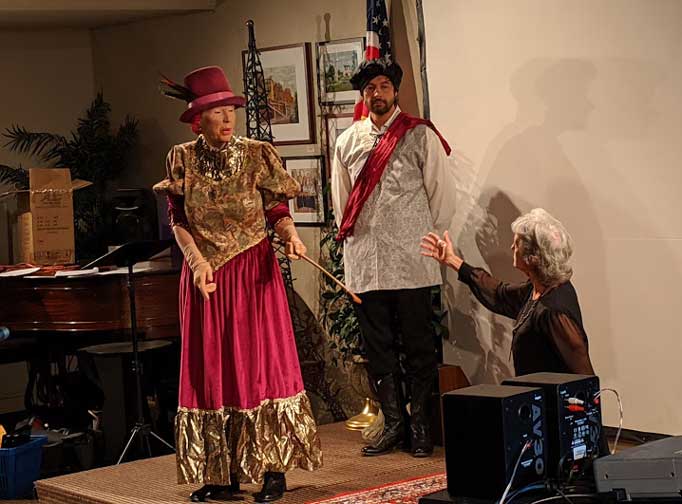 The final part of the program then began with a trio singing Beethoven’s beautiful canon setting of the final words of Schiller’s Maid of Orleans—”Kurz ist der Schmerz; ewig is die Freude”. This was followed by a very moving reading of Beethoven’s “Heiligstadt Testament,” followed by Shakespeare’s Sonnet 66. A Chinese activist then read a poem from the Tang dynasty period of China with the beautiful Chinese characters projected behind her and a classical Chinese instrument playing in the background. The poetry program was completed by a poem by Dan Leach, “Song of the Crab Nebula” with a beautiful image of the Crab Nebula projected behind on the screen.

Throughout, members of the audience were being provoked to recall what they actually already knew: the power of metaphor and of the beautiful. As when experiences and stories are recalled from our childhood, or when we remind ourselves of beautiful parables from the Bible or drawn from secular writings. Or when we recount a few profound lines from the Gettysburg Address of Abraham Lincoln. (Even his name has become a metaphor of sublime.) Or even a snippet of a profound speech by Martin Luther King. These metaphors are the means by which we touch one another, prompting recognition of a higher, unseen principles in a powerful way. Consider the words, “One small step for man; one giant leap for mankind.” These ‘mere words’ echoed around the world, and inspire Mankind today!

The beautiful afternoon program was closed by the Houston Schiller Chorus performance of three spirituals, conducted by Maestro Dorceal Duckins. Those spirituals were “Soon Ah Will Be done,” “Give Me Jesus,” and a song which Helga Zepp-LaRouche suggested several years ago for the Belt and Road Initiative, “Get on Board.” That spiritual has become the virtual theme song of the Houston Schiller Institute chorus.

Indeed, as Friedrich Schiller advocated, the individual is awakened to truth through beauty. All the participants in the Houston event experienced that in a some fresh way, as the beauty, metaphors and ironies of great artists were brought to life. As Schiller said of his plays, the intent is that the audience leave the theater better, uplifted persons, and so with poetry and song. So it was with the Houston Schillerfest. So encouraged, these awakening capacities may become subject to the will, to ennoble, and thereby for the exercise of true freedom.