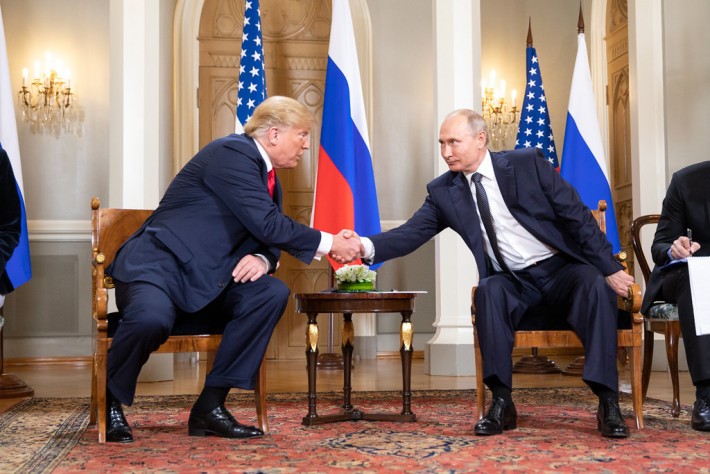 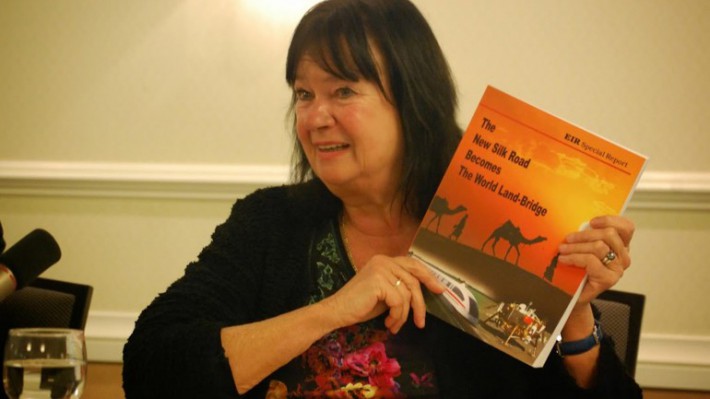 Helga Zepp-LaRouche: China, Contrary to the West, Is Not Operating on the Basis of Geopolitics

Helga Zepp-LaRouche, in her Sept. 11 webcast on the BüSo website was, asked about the alternative to Western policy that is developing around the BRICS. In her reply, she also went into her impressions of her visit to China in late August-early September.

Not only does China continue to make spectacular progress in building infrastructure throughout the country — at a pace unheard of today in Europe, she stressed, but the government is simultaneously striving to make sure that the population remains conscious of its long and rich cultural heritage, such as the Great Wall and the Silk Road. She, herself, got a sense of that during the “fact-finding tour” of the Old Silk Road that she and others took in the West of China.

Her two-week visit was packed with meetings and conferences, but she wanted to summarize the sum of her experiences.

“This is of great importance: We have to make sure that the German population and others in Europe and America acquire a correct understanding of what is going on in China with the Silk Road and its space policy.”

What one generally hears from think-tanks in the West, Zepp-LaRouche said, is that China just wants to extend its influence, and further its imperial expansion. “Nothing could be more wrong,” she commented. But these Westerners judge China’s economic and space policies by projecting onto China what they themselves do when they pursue geostrategic interests, just as the EU is pursuing, and want to expand the EU ever further. Both former EU foreign policy representative Solana and EU Commission President Barroso have said there is no limit to EU expansion.

But what is motivating Chinese policy and what has become the guiding light for the BRICS and for a growing number of countries around them, Zepp-LaRouche went on,”is not geopolitics. People in the West cannot even imagine that there are countries which are not operating on the basis of neo-liberalism, monetarism, positivism, and geopolitics, and whose axiomatics are perhaps not identical with, but are very similar to, the thinking and principles that Gottfried Leibniz put forward at the end of the 17th and the beginning of the 18th centuries — that is, a true development perspective for the universal history of mankind which is completely comparable to the policy of the American Revolution or of John Quincy Adams, one of the earliest Presidents who said:

What is Lorem Ipsum?
Lorem Ipsum is simply dummy text of the printing and typesetting industry.

“That is emphatically what China is doing today.”

Many people may not understand that, or believe it, Zepp-LaRouche said. But she can assure them that China is operating for the moment on the basis of 5,000 years of Chinese history, more than that of any other country. That is manifest, for example, in the role that Confucianism still plays today in China’s identity, and also in other “nice things” such as Chinese cuisine, which is famous worldwide.

China “is a cultural nation which is not imperialist, and whose interest is to further develop mankind,” which is the concept of the New Silk Road.”Since the reforms of Deng Xiaoping at the latest, by applying the correct scientific principles, China has realized the greatest economic transformation of any country on this planet. And they are now at the point where they are saying: We will transform the other, still-undeveloped regions of China, and raise the population’s living standards, and above all we will make this model of development available to all, in the form of the New Silk Road being in the tradition of the old Silk Road. This is an open concept. Everybody is invited to join in and contribute. It is explicitly inclusive and not directed against the alleged geostrategic interests of other nations or groups of nations.

“That is a very important difference. It is not geopolitics, but a dynamic concept of the upward development of the human species. And I would ask all our viewers’ who do not believe me to send me their questions. I am more than willing to engage in a dialogue with you, because it is crucially important for Germany that we understand this.”