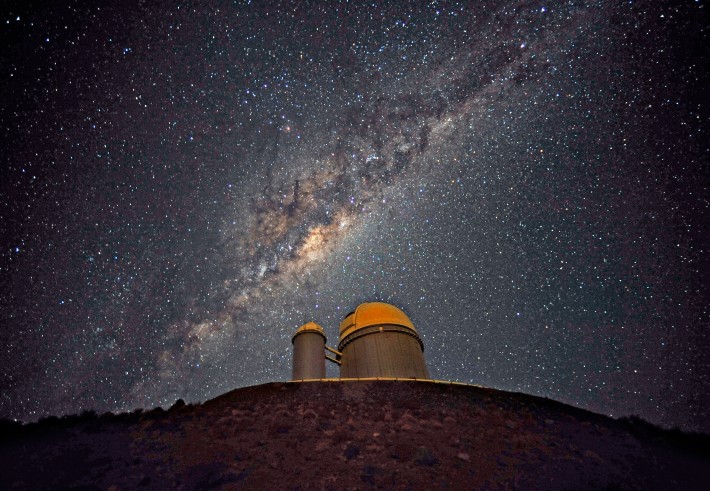 Saturday, October 5 Conference—Mankind as a Galactic Species: The Necessary Alternative to War

Join Helga Zepp-LaRouche and speakers from around the world LIVE on October 5 at 1pm EDT. to discuss mankind’s necessary development of a policy committed to our destiny in the stars. Only by considering mankind’s common destiny first can nations determine their appropriate national policy to serve both their own interest and that of the world. October 5th has been declared “International Moon Day” when thousands of people will be gathering to learn about the moon and man’s mission in space. We invite you to join us in our celebration and in the development of a political force capable of transforming mankind from mere Earthlings, to inhabitants of the Solar System and beyond. 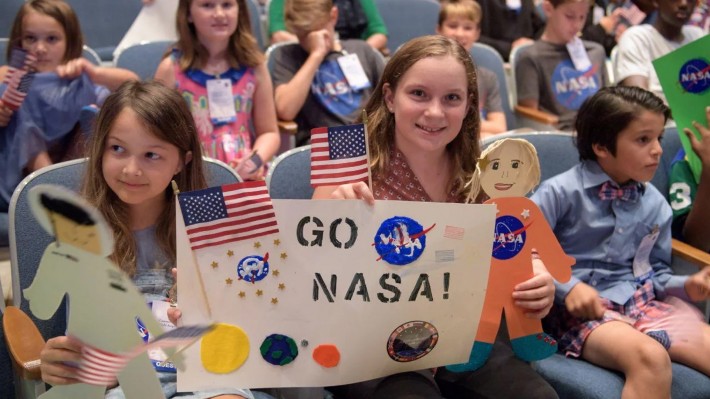 International Call to Youth: “The Age of Reason Is in the Stars!”

Helga Zepp-LaRouche
Founder and President of the Schiller Institute
zepp-larouche@eir.de

There is really good news: Man is capable of reason and therefore limitless intellectual and moral perfectibility! We can do something that neither the donkeys nor the monkeys can do: we can discover new scientific principles of the universe in which we live, without limits! And these qualitative discoveries mean that, unlike donkeys and monkeys, we can constantly redefine what resources are, therefore making them unlimited, and that we can continue to improve the livelihoods of humanity!

We are experiencing unprecedented, fascinating scientific revolutions: the Chinese are exploring the dark side of the Moon with their Chang’e Moon missions, planning to mine helium-3 as fuel for the coming fusion economy on Earth, and next year a Mars mission will investigate the conditions for terraforming the red planet. With their Chandrayaan-2 mission to the south pole of the Moon, the Indians will explore the ice in the craters there, which are always in the shade, and thus one of the essential prerequisites for life on the Moon. The European Space Agency is working on concrete plans for international cooperation on a permanent Moon village! The U.S. is building upon the Kennedy Apollo program with its Artemis program, and Russia, the U.S., and China all see nuclear-powered spaceships as the right choice for future flights to Mars and deep into space!

The great thing about space travel is that it proves that we are not living in a closed system where raw materials are limited and the murderous views of Thomas Malthus, Julian Huxley, Bertrand Russell, and Prince Philip would be correct, but on the contrary, we live an anti-entropic universe. Space travel is the irrefutable proof that the universe “obeys” an adequate hypothesis of the human mind, that there is therefore absolute coherence between the immaterial ideas produced by reason, and the physical laws of this universe, and that these ideas are the spearhead of the anti-entropic dynamics of the universe.

There have been groundbreaking proofs recently: around 100 years after Einstein’s theses on the existence of gravitational waves and black holes, the change in space-time has now been proven, and shortly thereafter, with the help of eight radio telescopes distributed all over the world, images were made of the area around a black hole whose mass is 6.5 billion times larger than that of the Sun, 55 million light years away at the center of the M87 galaxy. There is still so much to discover in our universe, where, according to the Hubble telescope, there are at least two trillion galaxies! Space exploration opens up a deeper insight into how the laws of our universe work, and what role we humans play in it!

This is the life-affirming cultural optimism that comes with the idea of humanity as a space-faring species, in complete contrast to the contrived doomsday atmosphere which is spread by the apostles of the coming apocalypse—such as Prince Charles and the hedge-fund cover girl Greta Thunberg. Behind the Greta hype are quite vile interests: the trans-Atlantic financial system is facing a more serious crash than in 2008, and the financial sharks and locusts of the City of London and Wall Street are trying one final big deal, to steer as much investment into “green” technology as possible, before the systemic crisis hits.

A closer look at the sponsors of Greta’s extremely ambitious and well-funded agenda, the Extinction Rebellion (XR) and Fridays For Future (F4F), reveals that this movement is being funded by the richest people on Earth, including Bill Gates, Warren Buffett, George Soros and Ted Turner. The fact is that the beneficiaries of the climate hype and the Green New Deal are the banks and hedge funds.

The target of this unprecedented manipulation is you, the children and teenagers of this world! Shouldn’t it make you stop and think, when your alleged “rebellion” is supported by the whole spectrum of mainstream media and the entire liberal establishment? Yet the vile idea that manipulating the paradigm shift of an entire society must begin with the indoctrination of children is nothing new. As early as 1951, Lord Bertrand Russell wrote in his article “The Impact of Science on Society”:

“I think the subject which will be of most importance politically is mass psychology. … Its importance has been enormously increased by the growth of modern methods of propaganda. … It may be hoped that in time anybody will be able to persuade anybody of anything if he can catch the patient young and is provided by the State with money and equipment. The social psychologists of the future will have a number of classes of school children on whom they will try different methods of producing an unshakable conviction that snow is black. …not much can be done unless indoctrination begins before the age of ten.”

The goal of the apocalyptic scaremongering by people like Alexandria Ocasio-Cortez (“We have only 12 years left!”), or the head of the British Commonwealth, Prince Charles (“We only have 18 months left!”), is an induced radical change in way of life of mankind. Everything that we have understood as progress during the last 250 years should be abandoned, and we should return to the technological level that existed before the Industrial Revolution. But this also means that then the number of people who can be sustained at that level will drop to about a billion or less.

It would mean that developing countries would have no prospects for ever escaping poverty, hunger, epidemics and a shortened lifespan; it would be a genocide of an unimaginably large number of people! If “climate scientist” Mojib Latif thinks that the Western lifestyle can not be transmitted to all people in the world, and if Barack Obama is outraged that many young people in Africa want a car, air conditioning and a big house, then behind that lurks the inhuman arrogance of members of the totally privileged upper class. It is precisely this view by the colonial rulers that is responsible for the fact that Africa and much of Latin America are still underdeveloped, and many hundreds of millions of people have died early unnecessarily.

For the developing world, the pseudo-religion of anthropogenic climate change means genocide, but for the soul of the young people of the world, the cultural pessimism it induces is a poison that destroys confidence in human creativity. When everything becomes a problem and is suddenly laden with guilt—eating meat, or eating at all, driving a car, flying, home heating, clothing, and indeed life itself—it destroys any enthusiasm for discovery, any enthusiasm for that which is beautiful, and all hope for the future. And if every human being is just another parasite that destroys the environment, then quite a few come to the misanthropic conclusions of the mass shooters of Christchurch and El Paso, who in their “manifestos” cited environmental reasons for their actions.

Conversely, the scientific and technological advances associated with space travel are the key to overcoming all apparent limitations of our present existence on Earth. “Terraforming”—the creation of human conditions—then becomes possible not only on the Moon and Mars, but also here on Earth, and in the future on many heavenly bodies in our solar system and perhaps beyond.

In his “Anthropology of Astronautics,” the German-American space pioneer Krafft Ehricke writes:

“The concept of space travel carries with it enormous impact, because it challenges man on practically all fronts of his physical and spiritual existence. The idea of traveling to other celestial bodies reflects to the highest degree the independence and agility of the human mind. It lends ultimate dignity to man’s technical and scientific endeavors. Above all, it touches on the philosophy of his very existence. As a result, the concept of space travel disregards national borders, refuses to recognize differences of historical or ethnological origin, and penetrates the fiber of one sociological or political creed as fast as that of the next.”

Today, we need this culturally optimistic image of mankind, and the passionate love for humanity associated with it as the only creative species known to date! The fact that we can venture into space means that we can overcome the narrow, Earth-bound mindset. “There, in the stars, lies mankind’s entry into the long-awaited Age of Reason, when our species sheds at last the cultural residue of the beast,” as Lyndon LaRouche put it.

It is an incredible privilege to be young now, to reach for the stars and help shape an epoch of humanity that, for the first time in history, can unleash the unlimited potential of our species! 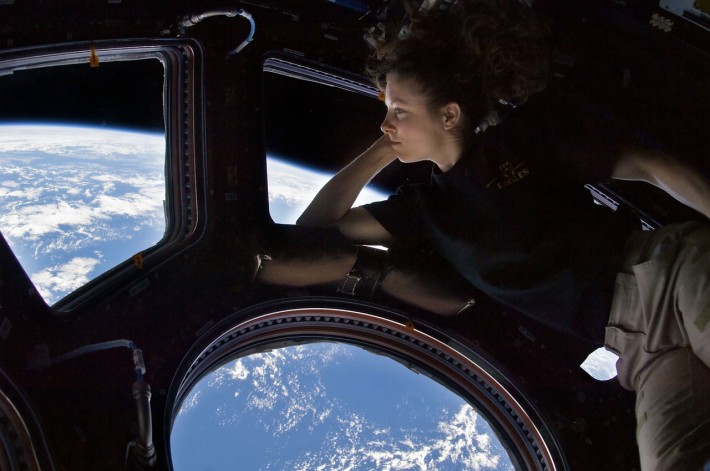 In reviewing the potential of a new epoch in international relations, based on a decisive break with geopolitics, Helga Zepp LaRouche said that it is the “lack of knowledge of the beautiful options we have” which is holding back humanity. People should be asking, “Where should civilization be 100 years from now?” There is already motion in this direction in China, India and other nations, directly tied to developments in space exploration, as “Moon fever” is spreading.

Robert Mueller’s pathetic performance before the Congress last week leads to a legitimate question: Who wrote the report? Who is responsible for Russiagate? The collapse of the narrative, though not yet recognized by some lunatic Democrats still insisting on impeachment, can allow Trump to move ahead with his plans for cooperation with Russia and China. There is still a real danger coming from neocons, who are pushing an aggressive strategy against China, but unleashing scientific and technological optimism connected to the space program is key to defeating both the neocons, and the anti-human, anti-science policy of the Green movement.

One of the best ways to do this is through cooperation in space exploration and colonization. She called on viewers to circulate the LaRouchePAC petition on the Moon-Mars mission, to build momentum for U.S. participation in the New Paradigm.