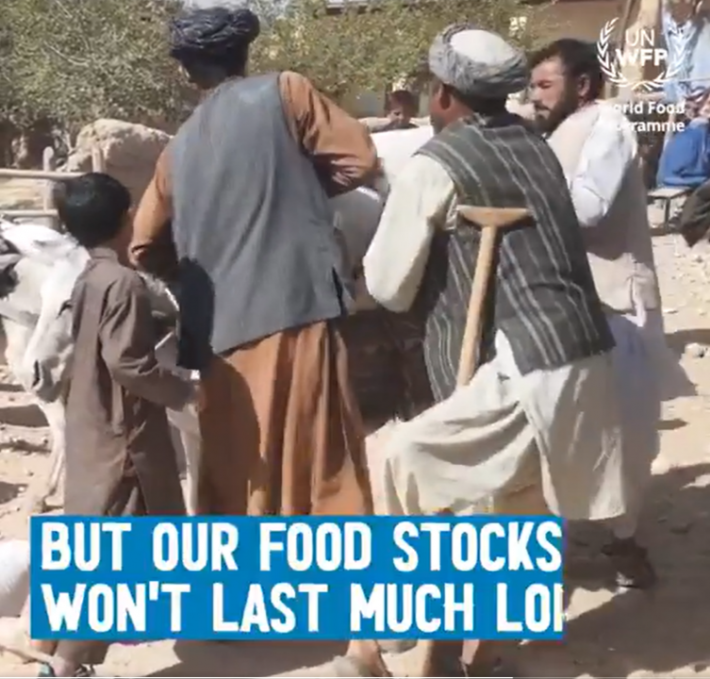 Sept. 14, 2021 (EIRNS)—The Sept. 13, United Nations conference in Geneva on aid to Afghanistan succeeded in raising $1.1 billion, beyond the original target of $606 million. But given the dramatic reports by speakers on the dire humanitarian crisis and the urgent need for food and medicine to avert imminent starvation of tens of millions of people, the $1.1 billion won’t suffice. The situation is so fragile that 1 million children are at immediate risk of starvation if their immediate needs are not met, the New York Times reported Sept. 13. “At least 10 million children depend on humanitarian aid just to survive,” UNICEF’s executive director Henrietta H. Fore told the Times*. The World Food Program (WFP) estimates that 40% of Afghanistan’s crop has been lost this year, and the prices of basic food items are soaring. The Food and Agriculture Organization (FAO) is taking steps to help farmers so that they don’t miss the upcoming winter wheat planting season, and to keep life-sustaining farm animals alive, but the situation has been complicated by a severe drought. Over half of an average Afghan’s daily caloric intake comes from wheat, most of which is domestically grown, FAO director general Qu Dongyu, told the meeting.

World Food Program director David Beasley starkly warned that “14 million people—1 in 3—are marching to the brink of starvation…. On top of that, you have 14 million people in IPC2”—a category of acute food insecurity—“that are knocking on the same door, so if we’re not very careful, we could truly enter the abyss and see catastrophic conditions, worse than what we see now.” WFP estimates that 40% of Afghanistan’s crops have been lost for this year; the price of wheat rose by 25%, and the price of flour has doubled at local markets. Beasley stressed that a major concern is that 4 million people live in hard-to-reach areas, for whom, if food isn’t prepositioned before winter, “we will face a catastrophe. The time is now. We can’t wait six months. We need the funds immediately so we can move the supplies.”

Like other speakers, Beasley also warned, “if we’re not careful, and we’re not strategic, we could face mass migration, destabilization in the region, and for certain starvation for millions of Afghan people.” Beasley’s full remarks can be found here. 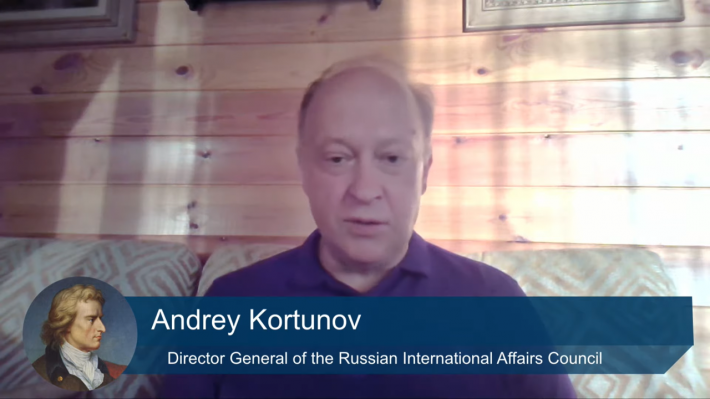 Sept. 14, 2021 (EIRNS)—In an interview with TASS published Sept. 13, Director General of the Russian International Affairs Council Andrey Kortunov warned that, due to both U.S. and UN sanctions, Afghanistan faces the threat of famine. The country is now “on life support,” he said, because it depends entirely on assistance from international development institutes, the UN, the EU, and the U.S. In fact, David Beasley, director of the World Food Program, reported during yesterday’s UN conference in Geneva on aid to Afghanistan that 40% of its GDP comes from foreign aid, and 75% of its public spending from international funding. Kortunov admonished that, if the Taliban coming to power means there will be more sanctions placed on the country, it could jeopardize food deliveries. He told TASS that it will take an estimated $1 billion a month, minimally, to maintain basic social institutions and avoid hunger in certain regions—that is, $12 billion yearly.

Kortunov also highlighted the issue of who will control distribution of humanitarian and food assistance to Afghanistan. Take the case of Syria, he said, where the West claims that President Bashar al-Assad can’t be trusted to handle this task, so it’s left in the hands of international agencies and aid groups. “It is not to be ruled out that the same position will be taken in respect of the Taliban,” Kortunov said, explaining it would lead to a situation where the international community “will be ready to provide food assistance but on the condition that unimpeded access will be granted to the areas in need,” and the Taliban excluded from any decision-making as to whom aid should be delivered. In the Syrian case, Western arguments are simply a pretext for curtailing Syrian sovereignty under the guise of “humanitarian” protection. How this plays out in Afghanistan—a more complex situation—remains to be seen. The TASS article can be found here. 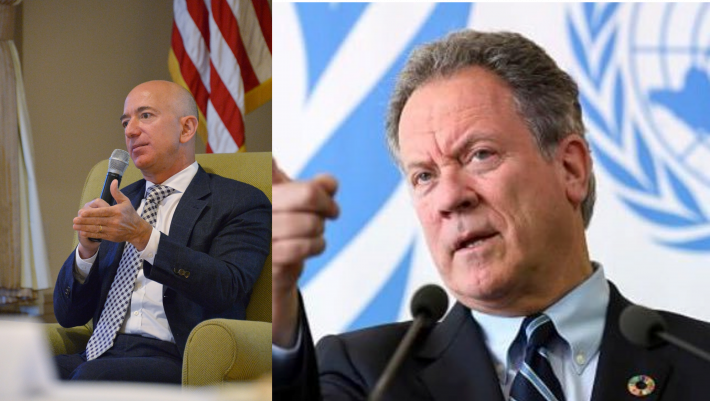 WFP Beasley To Bezos: ‘The Sky Is No Longer the Limit’–Let’s End Hunger!

July 24 (EIRNS)–David Beasley, Executive Director of the World Food Program, tweeted on July 20, on the day billionaire Jeff Bezos took a ride into space and back:

“To @JeffBezos, @blueorigin, tremendous congratulations today! I can only imagine how incredible it was to see OUR planet from above. We’re all ONE human race. The sky is no longer the limit!! Now, let’s go end hunger together! Earth needs you!!
…you have proven over and over that anything is possible when you set your heart and mind to it. As you saw from space, Earth is a special place. 41 million people are on the brink of famine. I need your help. We need your help. Together, I know we can! #SpaceForBoth”