Live event Friday, Oct. 7—Stop the War Before It Is Too Late; Eliminate the Causes of the War Danger 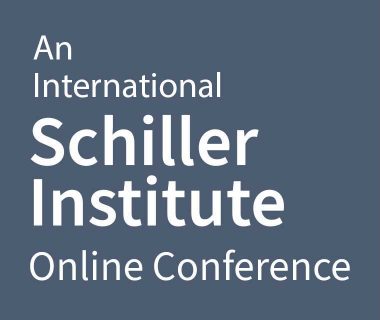 Live event Friday, Oct. 7—Stop the War Before It Is Too Late; Eliminate the Causes of the War Danger

October 6, 2022by David Dobrodt in General

The true cause of the danger of a nuclear world war and of the escalation of the Russia/Ukraine conflict lies in the fact that the neoliberal trans-Atlantic financial system is heading towards a systemic hyperinflationary breakdown crisis. The survival of its speculative bubble requires the imposition of a unipolar world, where neither alternatives to their system nor national sovereignty itself are tolerated. The U.S. and NATO must stop their expansion to the East and their provocations which are taking us to a point of no return globally.

The Schiller Institute has convened a seminar of current and former legislators from Latin America and the Caribbean to evaluate this dangerous global situation, and deliberate on the policy solutions. The Schiller Institute has addressed an “Open Letter to the United Nations: UNGA Must Remove the Causes for the War Danger!” which calls for the creation of a just New International Economic Order.

Please sign the Open Letter to the UN, and participate in the seminar.