French “Food Production to Come to a Halt” 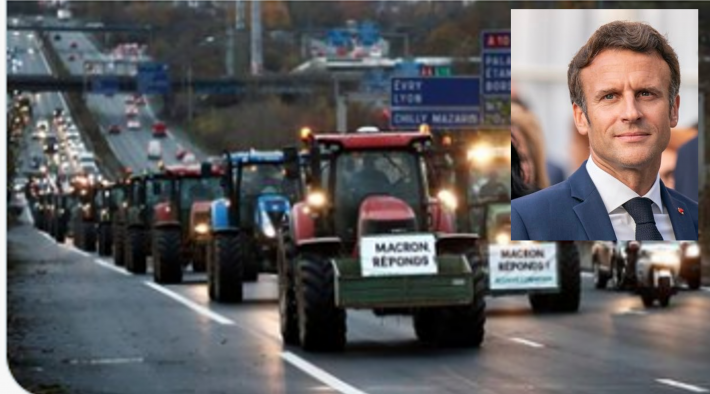 French “Food Production to Come to a Halt”

Dec. 7, 2022 (EIRNS)–“Food production to come to a halt” was the title of an article published by Le Figaro back in Sept. Unfortunately, what seemed unbelievable for many yesterday, has become reality today. After heavy industries, such as the rare French zinc, aluminum, and glass producers –hit by impossible energy price spikes and artificially kept alive government support– agro-food processors are now on the chopping block.

Yesterday, the French canned food specialist Cofigeo which has a €300 million turnover, announced it will “temporarily” shut down 4 of its 8 factories in France as of Jan. 2, which represent about 80 % of its production. Consequently, 800 of the 1200 employees of Cofigeo will receive an agreement of partial activity of long duration (APLD).

The decision is an answer to “the dramatic increase in energy costs (gas and electricity needed for cooking and sterilization of dishes), which will be multiplied by 10 from the beginning of the year,” said the group in a statement. “It will go from 4 million to 40 million euros overnight,” Mathieu Thomazeau, its president, told Le Figaro.

This is a thunderclap in the food sector and other food groups could be in great difficulty in January. Everybody has warned this would happen but the government refuses to listen. Already in September, Le Figaro reported that “After the prices of electricity and natural gas supplying dairies, sugar factories and canneries in France have risen by 350% and 380% respectively in one year, the first cracks in the food industry are showing up.” At that time, dairy manufacturers warned that power cuts could lead them to throw milk away. The French giant dairy industry Lactalis’ energy bill reaches 1 billion euros per year. That of the Breton group Sill (Petit Basque, Malo …) has jumped 800% since 2021. In sugar factories, the fear of winter load shedding has led sugar producers to launch their beet harvesting and processing campaigns earlier, even if this means sacrificing yields.

Besides soaring energy costs, the other worry is that production lines simply will grind to a halt for lack of products coming from farms. In field vegetables (green beans, peas, etc.), due to the drought, harvests have melted by up to 50% this year. As a result, canneries that process and package them are now receiving only half of their needs. Already, some of them are only working three days a week. Enough to fear shortages on the shelves before the next harvest of 2023. In recent days, the fragile balance of the sector has become even more tense, with major risks of disruption on fertilizers for the next crop year. European fertilizer factories have stopped production of 50% of their products and have severely limited their production of ammonia due to the prohibitive price of gas. This raises the risk of shortages for the coming winter. To avoid total collapse, many sectors (milk, meat) plead to be recognized as “trades of general interest” and be exempted from energy rationing.