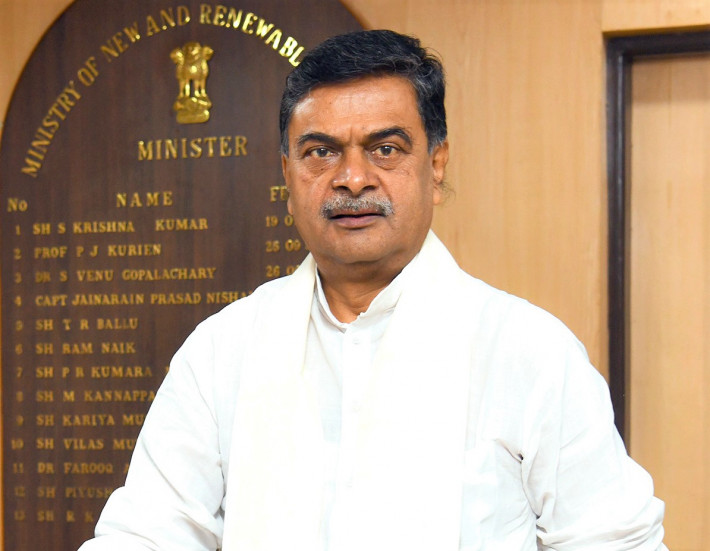 April 6 (EIRNS) – In a second “No”, India’s Energy Minister Raj Kumar Singh said at an IEA meeting on climate change that “net zero” carbon is “pie in the sky” no matter when you pledge it for. At a meeting supposed to be preparatory to the COP26 in Scotland in November, Singh said, “I would call it, and I’m sorry to say this, but it is just pie in the sky. What we hear is that … 2060 is far away and if the people emit at the rate they are emitting the world won’t survive, so what are you going to do in the next five years…. You have 800 million people who don’t have access to electricity. You can’t say that they have to go to net zero. They have the right to develop, they want to build skyscrapers and have a higher standard of living; you can’t stop it.”

China’s minister Zhang Jianhua also spoke at that IEA meeting, but when invited to a formal pre-meeting for COP26 – by the UK, remember, which is its host – China declined the invitation.

John Kerry, in Delhi for the same meeting, “happened to meet” Sergei Lavrov, who was in India on the world’s real business (see separate report). Kerry was perhaps trying to gauge whether Russia would attend Joe Biden’s April 22 “Earth” (or “dearth”) summit. But at the IEA meeting Kerry appeared to be criticizing long-term pledges to net zero carbon, like China’s 2060 pledge. “Avoid the happy talk and recognize that this challenge is global”, Kerry chided.

The real challenge is the power to develop, as Minister Singh made clear. The only power that can meet {that} global challenge is nuclear fission and, as soon as possible, fusion. (See BBC News article here.)

These are blows against the royal family’s “Green Deal” which can be amplified in the United States. Americans do have ‘plentiful” electricity but a steadily increasing share of it doesn’t work. In 2020 the percentage of companies which reported suffering blackout problems {every month} leaped from 20% in 2019 – already very high – to 44% in 2020. The FERC attributed this to the increasing share of “renewable” (interruptible) power sources.

In a sign of political pressure for nuclear rising, President Biden’s “climate advisor” Gina McCarthy told press on April 2 that nuclear energy will be included in the Administration’s so-called Clean Energy Standard, which is intended to be a requirement for electric power utilities and generators.