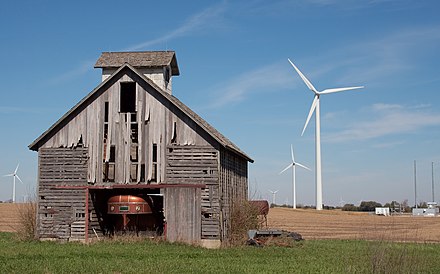 July 20, 2021 (EIRNS)—The “Wind Corridor” in the Central States (Dakotas south through Texas), created by the green rip-off interruptible cartels, is also the “Food Corridor” for the entire U.S., as well as a large part of the world. The two states in the center of the Wind Corridor, Iowa and Kansas, head the nation with the highest percent share of their electricity coming from wind and solar: Iowa, 49 percent and Kansas, 43 percent. Plus, there are still more “renewables” projects underway here, and more shutdowns of coal and nuclear.

Central States spokesmen against the killer green energy subversion will participate in the July 24 Schiller Institute conference, “There Is No Climate ‘Emergency’—Apply Science and Development to End Blackouts and Death.”