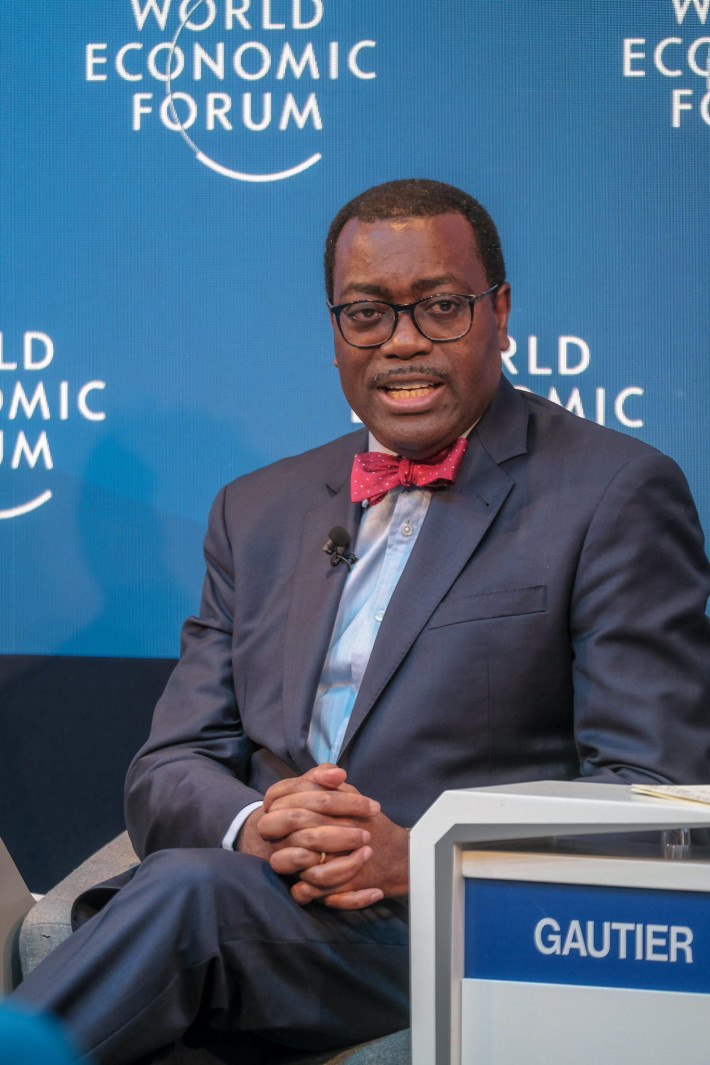 Mar. 22 (EIRNS)–Africa needs “global solidarity and vaccine justice,” were the words of African Development Bank (AfDB) President Dr. Akinwumi Adesina on Friday, March 19. Adesina launched the Bank’s {African Economic Outlook 2021} report, and decried the economic effects that the lack of Covid-19 vaccines was having on Africa. The connection of global health with global economic recovery was paramount. With Adesina was economist and Nobel laureate (2001) Joseph Stiglitz, who in addition to endorsing an increased “healthcare defense,” for the continent, also endorsed the idea of “debt restructuring,” a topic first raised by his African host.
The AfDB president implicitly addressed the idea of global health, saying that “as long as Africans remain unvaccinated, the world will go right back to square one,” something no amount of imperial ‘vaccine passports’ could prevent. “Africa needs to develop its pharmaceutical industry and begin manufacturing,” he said, adding that “the African Development Bank is going to support African countries to do this.”
Supporting this position, Stiglitz said, “One of the things that some of us have been campaigning for is the suspension of the intellectual property rights related to Covid-19 because {the supply constraint that you describe is at least, to some extent, artificial}… If access to the intellectual property rights were more extensive, there is throughout the emerging markets and developing countries considerable capacity to produce a lot of more vaccines.” [emphasis added]
Speaking of the debt, Stiglitz noted that “every country has bankruptcy laws, but there’s no bankruptcy law for international debt…. When there’s too much debt, it’s as much the creditor’s problem as the debtor’s problem.” Stiglitz said the G20 debt postponement took place when it seemed the pandemic might only last a few months. “Now … a standstill is not enough.”
He added that it was in the self-interest of advanced countries to make sure that everybody has access to the vaccine and other related medicines. “The longer the disease festers in any part of the world, it can mutate, and one of the things we know is that those mutations are not going to respect borders. The Covid-19 virus doesn’t carry a passport.”
Other notable African voices that have called for “vaccine justice” for Africa are those of South African President and recent African Union chair Cyril Ramaphosa, WHO Director General Tedros Adhanom Ghebreyesus, and Director of the Africa Centers for Disease Control and Prevention, Dr. John Nkengasong.