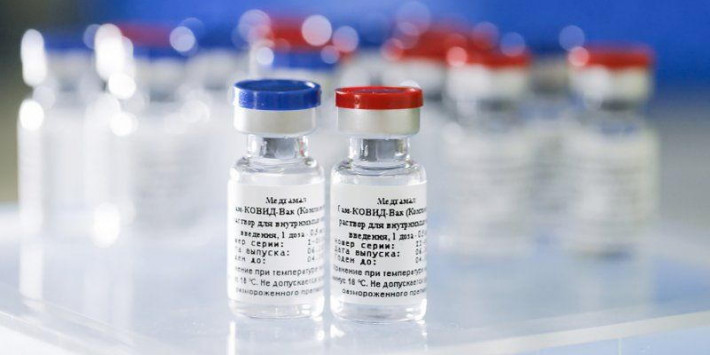 Argentina To Produce the Sputnik V Vaccine, the First Ibero-American Nation To Do So

April 21 (EIRNS)—In an April 20 press release, the Russian Direct Investment Fund (RDIF), Russia’s sovereign wealth fund, announced that its partner, Argentina’s Laboratorios Richmond, had produced a test batch of 21,000 doses of the Sputnik V vaccine, the first Ibero-American nation to do so. Samples will be sent to Russia’s Gamaleya National Center of Epidemiology and Microbiology, which first developed Sputnik V, where they will undergo quality control tests, and once those are completed, Richmond will plan to gear up for mass production by June if all goes well. Quoted in the press release, RDIF CEO Kirill Dmitriev said that Argentina was the first Ibero-American nation to approve emergency use authorization of Sputnik V, and now, thanks to technology transfer to Richmond labs from RDIF and its partners, production has begun. “The vaccine produced in Argentina can then be exported to other nations of Central and South America,” he said.

In remarks to Telam news agency, government sources cautioned that the next steps in the production process will be “complex and challenging,” explaining that “as this is a biological process, there could be some delays and difficulties until we reach optimal levels…. We’re betting on [producing] the best vaccine in the world, but in the short term, let’s be cautious.” A medium-term perspective would be “for year’s end to produce 100% of the vaccine,” the officials said.

Marcelo Figueiras, CEO of Laboratorios Richmond, stressed he is proud to have the support of the RDIF “that trusted in our scientific and technical platform to produce the Sputnik V vaccine in Argentina. We celebrate this recognition that we will reward with work, commitment and professionalism, to facilitate availability of the vaccine in the shortest possible time for Argentina and the entire Latin American region,” the daily Página 12 reported him as saying in its April 20 edition. President Alberto Fernández expressed his great pride in this achievement, expressing that “Argentina has become the first country of the region to launch the production of Sputnik V thanks to the partnership between RDIF and Laboratorios Richmond. Sputnik V is approved in more than 10 countries of Latin and Central America and production in Argentina will help facilitate deliveries to other partners in the region. It will be a great opportunity to advance in the fight against the pandemic,” not only for Argentina but for the entire region.