Northern Brazil State Eager to Join the Belt and Road 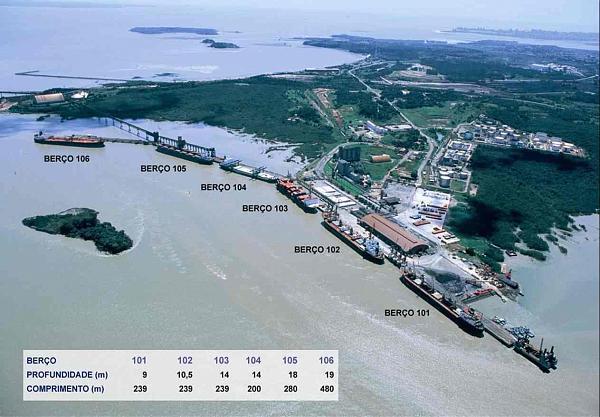 Northern Brazil State Eager to Join the Belt and Road

Aug. 3, 2022 (EIRNS)–Leading representatives of industrial, port and rail interests in the northeastern state of Maranhão turned out in force for a three-day seminar July 11-13, sponsored by the state government, on the subject of “Maranhão’s Potential in China’s New Silk Road: Business and Development Opportunities for Brazil.” The central subject was the proposal to transform the Itaqui port complex at the state capital, São Luis, which already handles major grain and metals exports from Maranhão and several surrounding states, into a logistics, distribution and manufacturing center on the Belt and Road. The featured speaker was Paul Tae-Woo Lee, a professor of International Logistics and Maritime Transport at Zhejiang University, who came from China specifically for the seminar. Lee was one of the authors of the 2022 study, “Strategic Locations for Logistics Distribution Centers along the Belt and Road,” which includes the Maranhão port in the potential sites it takes up, and he briefed the seminar at length on the global scope and current status of the BRI.

The key organizer of seminar was the state of Maranhão’s Secretary for Economic Development and Strategic Projects, José Reinaldo Tavares, a civil engineer known for getting things done. He has played a key role for decades in great infrastructure projects aimed at developing Brazil’s poor but resource-rich northeast. He headed SUDENE, the big northeast Brazilian development agency created in 1959 on the model of the TVA; is described as the “author” of the São Francisco Water Transfer project (also modeled on the TVA); and as (federal) Transport Minister under President Sarney, was responsible for the creation of the North-South Railway.

“The Maranhão capital possesses extraordinary conditions for joining [the BRI] because of its road, rail connections and exceptional port conditions. The connection with the North-South Railway, Brazil’s leading cargo transport axis, linking the railroads of the country’s five regions, is an example. In the region called the ‘Northern arc,’ that is, above the 16th parallel, no state has similar transport logistics conditions,” local media emphasized. “Including São Luís in the greatest economic expansion program in the world, that of China, will guarantee tremendous resources for infrastructure, commodity distribution centers, and privileged access to the other countries which make up the project.”

The president of Itaqui Port, Ted Lago, emphasized to the seminar that while the port is already a leading point of cargo shipments to China, by Maranhão becoming a major center on the BRI, South America as a whole can be brought into that global project. He also insisted that Brazil wants its trade relations with China to be more than its shipping commodities; it wants Chinese industries to set up in Maranhão, to add value and generate jobs.