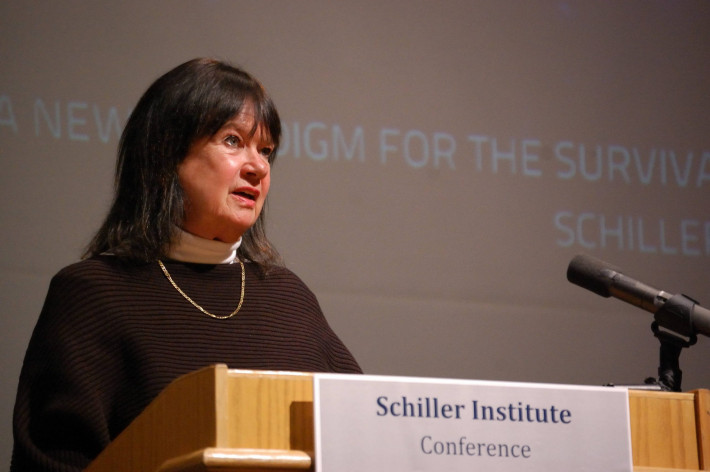 The Significance of The Belt and Road Initiative

Nov. 19 (EIRNS)–On this eighth anniversary of the announcement by China’s President Xi Jinping, of the Belt and Road Initiative (BRI,) which he made in Kazakhstan Nov. 19, 2013, calling it then, One Belt, One Road, President Xi spoke at the symposium on the project, discussing in detail its many achievements and continuing intent, functioning as the modern-day Silk Road, for the common good of all.

Helga Zepp-LaRouche, Schiller Institute President, and long known in China and internationally as the “Silk Road Lady,” for her advocacy of the concept, gave three interviews today, on the occasion of the BRI anniversary. She appeared on CGTN TV, in two interviews, one on Global Business, and another on the Dialogue Weekend program; and she was interviewed on her weekly Schiller Institute webcast, titled, “Most of the World Is Hungry for Change.” See transcript of both interviews here.

Beginning in the early 1990s, she and her husband Lyndon LaRouche, promoted the idea of the “World Land-Bridge,” of development corridors. The latest books they issued on this were two volumes (2014 and 2018) of the “The New Silk Road Becomes the World Land-Bridge,” along with “Extending the New Silk Road to West Asia and Africa” (2017.) These presented details, region by region, for world economic development.

In each interview today, she stressed the urgency for Western nations to rethink, and give up geopolitics and neo-colonialism, which have brought the world to the brink of nuclear war, worsening famine and persisting pandemic. Nations have been deliberately kept in poverty. These conditions, and induced strife, have produced mass migrations. She said on her webcast, “We have to have a re-thinking. Germany, the United States, other European countries should stop this geopolitical confrontation and say, ‘We have a pandemic, we have a mass famine, we have a refugee crisis of Biblical dimensions, and we must join hands and build infrastructure, hospitals, schools, industry, agriculture in all these countries…’.” She stated, “Let’s just build infrastructure, let’s build up Africa, this is the natural thing, and the Chinese are doing the natural things, and we should stop bickering about it, because we should take the moral lesson from the Chinese in this respect.”

President Xi Jinping reported that as of August, 2021, 170 nations had, in various ways, cooperated with the BRI. Now today, in terms of combatting the pandemic, 110 of these nations have received some of the 1.7 billion doses of vaccine.

Zepp-LaRouche drew attention in her webcast, to the fact that the same principle is involved in what China calls its “Belt and Road Health Initiative,” and what the Schiller Institute is campaigning for, in calling on nations to collaborate in building a world health system. This means facilities, staff, water, power, food, infrastructure.

We have a moment of special opportunity now. A week ago in Glasgow, COP26 ended as FLOP26. It was a failure for its organizers—the gaggle of royals, banksters, billionaires and the like, who want nations to agree to commit suicide, “to save the planet.” A critical number spoke out against this in Glasgow, and their view was again re-stated yesterday in Abuja, Nigeria, by Foreign Minister Geoffrey Onyeama. He said simply, while standing alongside visiting U.S. Foreign Sec. Antony Blinken at a joint press conference, that Nigeria is “a gas-producing country…and we’re looking to gas to help to address our energy needs.” So, he called on Blinken to do something to stop the international financial institutions from refusing to lend to fossil fuels development. Nigeria has the right to use its resources and develop.

Now it is the time for all humanity to step forward and take the lead. Zepp-LaRouche replied to CGTN reporter Michael Wang’s question about her opinion of the BRI at a time of uncertainties in the world: “I think it is, for sure, the most important strategic initiative on the planet right now. Because—you say, `uncertainties’—these uncertainties show right now in the form of hyperinflationary tendencies—you see the energy prices skyrocketing, food prices, and we may actually head towards a hyperinflationary blowout of the entire system. At such a moment, to have the Belt and Road Initiative, which focuses entirely on the physical side of the economy, can actually become the absolute, important savior for the world economy as a whole. So, I think the existence of the Belt and Road Initiative is the most important initiative on the planet.” 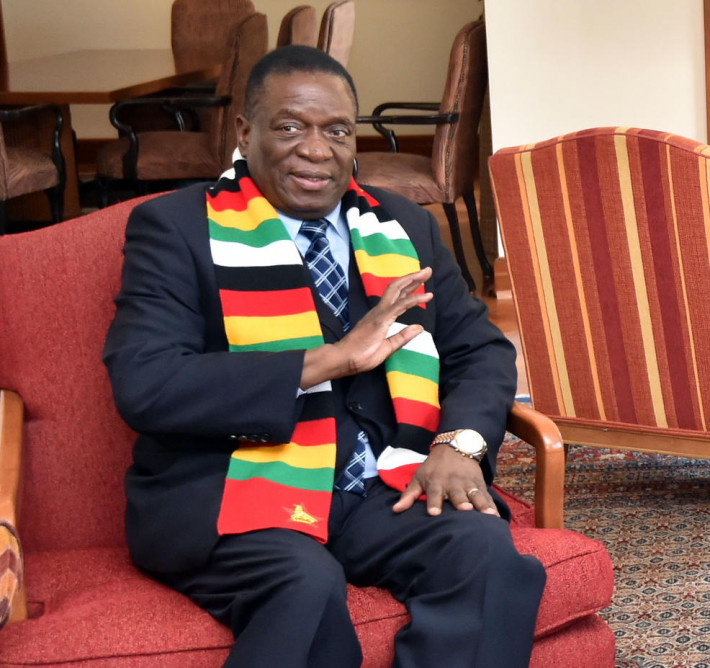 Nov. 20 (EIRNS)–“Xi Urges Continuous Efforts to Promote High-Quality BRI Development” is the headline of a new Xinhua print and video release, dated 11/20/21, which features short statements from Zimbabwe President Mnangagwa, former Brazilian President Temer, and think tankers including the Schiller Institute’s Richard A. Black on the success of the BRI in uniting over 140 countries and 30 organizations in global manufacturing and development.

In the 10-minute English-language Xinhua video, Black, identified as the Schiller Institute representative at the UN, is shown in a recent video interview describing a unique feature of the BRI: a great economic power, China, has extended its arms worldwide to all nations — including those nations which are poor and are small — and deals with those nations as equals. This is an aspect of a win-win strategy of rapid, mutual economic benefit. (The article with the embedded video is found here.)