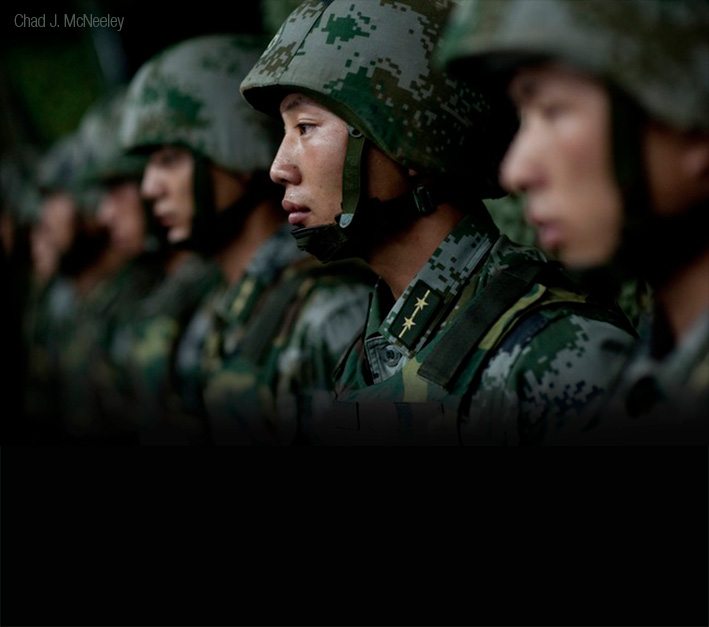 Elizabeth Economy, the Asia Studies Director at the Council on Foreign Relations, penned a chilling call for military mobilization to confront China, to stop the New Silk Road process introduced by President Xi Jinping, whom she describes in the title of her Foreign Affairs article as “China’s Imperial President” (quite a mouthful for the Asia chief at London’s premier Imperial think tank in the U.S.).

Economy does not hide the fact that the target is the New Silk Road, the Asia Infrastructure Investment Bank, and the BRICS. She writes:

“For Xi, all roads lead to Beijing, figuratively and literally. He has revived the ancient concept of the Silk Road — which connected the Chinese empire to Central Asia, the Middle East, and even Europe — by proposing a vast network of railroads, pipelines, highways, and canals to follow the contours of the old route. The infrastructure, which Xi expects Chinese banks and companies to finance and build, would allow for more trade between China and much of the rest of the world. Beijing has also considered building a roughly 8,100-mile high-speed intercontinental railroad that would connect China to Canada, Russia, and the United States through the Bering Strait. Even the Arctic has become China’s backyard: Chinese scholars describe their country as a near-Arctic state.

“Along with new infrastructure, Xi also wants to establish new institutions to support China’s position as a regional and global leader. He has helped create a new development bank, operated by the BRICS countries to challenge the primacy of the International Monetary Fund and the World Bank. And he has advanced the establishment of the Asian Infrastructure Investment Bank, which could enable China to become the leading financier of regional development. These two efforts signal Xi’s desire to capitalize on frustrations with the United States unwillingness to make international economic organizations more representative of developing countries.”

Then she drops the bomb, calling for a U.S. military mobilization, economic warfare and “color revolution” subversion:

“Xi’s nationalist rhetoric and assertive military posture pose a direct challenge to U.S. interests in the region and call for a vigorous response. Washington’s rebalance, or pivot, to Asia represents more than simply a response to China’s more assertive behavior. It also reflects the United States most closely held foreign policy values: freedom of the seas, the air, and space; free trade; the rule of law; and basic human rights. Without a strong pivot, the United States role as a regional power will diminish, and Washington will be denied the benefits of deeper engagement with many of the world’s most dynamic economies. The United States should therefore back up the pivot with a strong military presence in the Asia-Pacific to deter or counter Chinese aggression; reach consensus and then ratify the TPP; and bolster U.S. programs that support democratic institutions and civil society in such places as Cambodia, Malaysia, Myanmar, and Vietnam, where democracy is nascent but growing.”