IMF Meeting Gets Underway, Under the Gathering Clouds of Growing World Famine 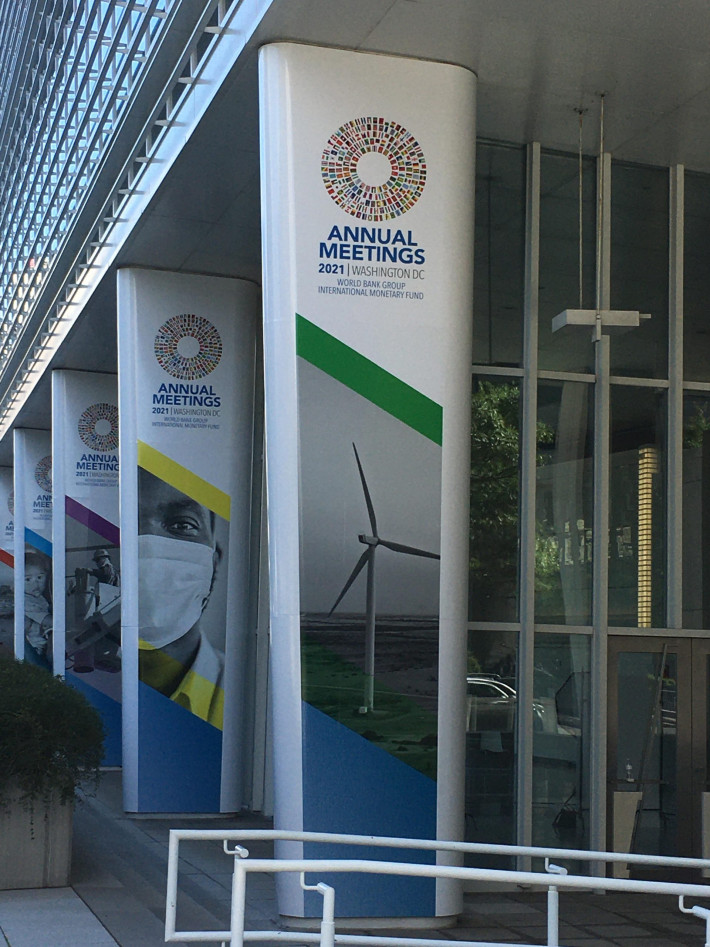 IMF Meeting Gets Underway, Under the Gathering Clouds of Growing World Famine

IMF Meeting Gets Underway, Under the Gathering Clouds of Growing World Famine—

April 20 (EIRNS) — IMF managing director Kristalina Georgieva warned in her opening remarks at the IMF/World Bank spring meetings that began today in Washington, D.C., that the world is facing a “double crisis”: the pandemic, and now the war in Ukraine and related economic destruction. She stated that “rising food and fuel prices are straining the budgets of ordinary families to the breaking point,” and that this is particularly concerning in poor countries where there is a growing risk of a food crisis. She of course blamed Russia for most of the problem.

Georgieva also expressed concern as to what will happen as central banks tighten their monetary policies by ending QE and raising interest rates, and urged them to be “mindful of spillover risks to vulnerable emerging and developing economies.” Given their already high level of indebtedness, rising interest rates will place 60 percent of low-income countries at or near debt distress, she reported.

That is true enough. So, what does the IMF recommend be done? “To address debt, countries need domestic policies that can help bring their budgets back on track” – in other words, the neoliberal “structural reform” austerity policies that created the problem in the first place.

U.S. Treasury Secretary Janet Yellen’s approach is to throw oil on the fire. According to comments by a Treasury Department official on April 18, Yellen is going to tell her colleagues at the IMF meeting that they should help “ramp up the economic pain on Moscow… The secretary will also underscore our shared resolve to hold Russia accountable.” She’s also planning to boycott any meetings that the Russians attend.

While Yellen was bashing Russia, her Deputy Treasury Secretary Wally Adeyemo attacked China. “China has in the past — and we expect them to continue to follow — the sanctions regimes that have been introduced by us and the coalition” of sanctioning countries, Adeyemo said at the Peterson Institute for International Economics. “China’s business with the rest of the world is greater than its business with Russia,” he threatened.