Hamilton, China, and LaRouche: Economic Development Is an Inalienable Right 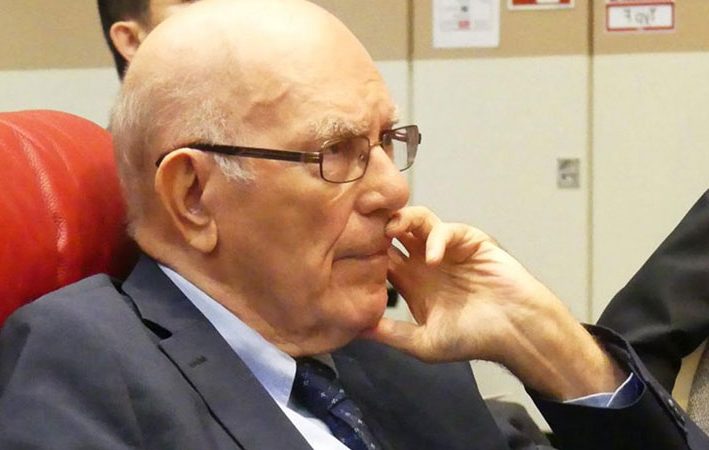 Hamilton, China, and LaRouche: Economic Development Is an Inalienable Right

Those familiar with the fifty-plus-year forecasting practice and record of economist and statesman Lyndon LaRouche will perhaps recognize the deeper significance of the following statement, a significance probably unknown to the writer himself. In a London Guardian October 1 op-ed entitled “America faces supply-chain disruption and shortages. Here’s why,” author Matt Stoller says: “… what we’re experiencing is also the net result of decades of policy choices starting in the 1970s that emphasized consumer sovereignty over citizenship. The consolidation of power into the hands of private equity financiers and monopolists over the last four decades has left us uniquely unprepared to manage a supply shock. Our hyper-efficient globalized supply chain, once romanticized by men like Tom Friedman in The World Is Flat, is the problem. Like the financial system before the 2008 crash, this kind of economic order hides its fragility. It seems to work quite well, until it doesn’t.”

It is not enough to point out that what seems to be a sudden seizing up of the trans-Atlantic goods-distribution system is not the product of the Covid pandemic of the past 20 months, but something more “long-range.” History is never “objective” in that way. What was the agency that was at work here? Thirty-five years ago today, an “event” occurred that, if omitted from current history, renders it impossible to fully understand what is happening now.

THE PRICE FOR CHANGING HISTORY

Lyndon LaRouche, in 2004, in a report titled “The Night They Came to Kill Me” explained the true, “subjective” nature of that “objective” trans-Atlantic-wide economic devolution. “On October 6, 1986, a virtual army of more than four hundred armed personnel descended upon the town of Leesburg, Virginia, for a raid on the offices of EIR and its associates, and also deployed for another, darker mission. The premises at which I was residing at that time were surrounded by an armed force, while aircraft, armored vehicles, and other personnel waited for the order to move in shooting. Fortunately, the killing did not happen, because someone with higher authority than the Justice Department Criminal Division head William Weld, ordered the attack on me called off. The forces readied to move in on me, my wife, and a number of my associates, were pulled back in the morning……

“The 1973 campaign for my ‘elimination,’ the near-slaughter of Oct. 6-7, 1986, and the stubborn effort to exclude me from the debates now (in 2004), are each and all products of the same issue of my fight against the effort of certain liberal economists, and others, to put the world as a whole under the thumb of the policies of former Nazi Economics Minister Hjalmar Schacht.

“The ultimate origin of these and related actions is not the U.S. Department of Justice, but a much higher authority than the U.S. government, the same assortment of Venetian-style international financier-oligarchical interests, and their associated law firms, which unleashed the wave of fascist dictatorships in continental Europe over the interval 1922-1945. The common feature of those international financier interests, then, back during 1922-1945, and today, is their present commitment to imposing Schachtian economics upon both the U.S.A. itself, and also on the world at large…

“The shift of the U.S. and British economies away from the U.S. ‘s leading role as the world’s greatest producer nation, toward a pro-Schachtian, ’post- industrial’ utopianism, was the hall- mark of the 1966-1968 Nixon campaign for the Presidency. The follies of this ‘post-industrial’ shift into wild-eyed monetarism, led the U.S. government to the point, that it must abandon its foolish post-Kennedy economic and cultural policies, or make exactly the choice I had warned that I feared they would make. Nixon’s decision of August 15, 1971 made the march in the direction of ruin and fascist-like dictatorship inevitable.”

Today, as in 1986 and 2004, there are two systems of choice before the world. There is the system of “Reesian choices,” named after the Tavistock Institute’s John Rawlings Rees, typified by the “development policies”—policies of financial looting—of the International Monetary Fund (IMF) toward the continent of Africa ever since the period after JFK’s assassination. Then there is the “American System” of “Hamiltonian” choices, of what has recently been called “win-win cooperation” by the nation of China. For example, when China’s Deputy Permanent Representative to the United Nations, Geng Shuang, recently told that body that the international community should “spare no effort in humanitarian assistance and post-disaster reconstruction” toward Haiti, he opened a “strategic flank in the mind,” that is a far more powerful idea than that of the self-doomed “Operation Orcus/Global Britain” military adventure hurtling to its strategic doom in the trans-Pacific theater.

The United States used to think that way. In 1861, the United States, under Abraham Lincoln, dispatched Ambassador Anson Burlingame as diplomatic emissary to a China then subjugated by the British Empire through the Second Opium War. Today, in 2021, China attempts to reach a United States whose leadership and institutional structure, as well as cultural institutions, have now also been subjugated, and largely devastated by the same “Opium War” method—though this time, not external force, but seduction through Winston Churchill’s “Empire of the Mind” was used. The United States was induced, through the Tavistock Institute and its Frankfurt School subsidiary, to destroy itself, to de-industrialize itself, to reject scientific progress itself, and, now, to depopulate itself. The just-announced proposal, however, for a joint, international mission to defend the sovereignty of the nation of Haiti from the international drug mafias that now subjugate it, by demonstrating, through construction of ports, rail, and power, including nuclear and thermonuclear power, that “economic development is a human right,” if accepted, can bring the United States itself back to its senses.

The LaRouche proposal for the emergency reconstruction of Haiti, introducing the higher-order concept of development corridors and an ” economic platform” into one of the poorest areas of the world, provides, as with Helga Zepp-LaRouche’s Afghanistan proposal, and especially if successfully advocated by a group of Americans representing the Committee for the Coincidence of Opposites, including those that hail from Haiti, a way for America to return to its previous Hamilton/Lincoln/Roosevelt outlook, that Frederick Douglass, America’s ambassador to Haiti, represented in his living person.

The uncorrected flaw in the American Revolution was, as all know, the inability to resolve the Africa chattel slavery matter at the beginning of the creaton of the nation, largely because of the influence of John Locke and his Royal Africa Company on the constitution of South Carolina, and other Southern states. But slavery was not the desired system, originally, even in the Southern colonies. Auguste Levasseur, Secretary to Lafayette, recounted in 1824:

“In about the year 1680, the General Assembly of the State of Virginia requested of the parent state that it finally put an end to this commerce in human flesh, infamous and unnecessary in the future, since now the population was numerous enough and active enough to cultivate a land that required only the lightest work to reward the tiller richly. Other Colonies repeated this cry of justice and philanthropy, but the parent country was callous and responded only by this atrocious resolution of Parliament: The importation of Slaves in America is too lucrative for the Colonies to be able to insist that England renounce it forever. This response was accompanied by threats to which it was necessary to succumb since they were in no condition to resist them. Nonetheless, the General Assembly renewed several times its demand….”

Treasury Secretary Alexander Hamilton’s support for the Haitian Revolution, and his co-authorship of Haiti’s Constitution, flowed from his notion of “Artificial labor” as expressed in his 1790 Report on the Subject of Manufactures. Is Thomas Jefferson’s then-opposition to Haiti’s self-government consistent with the now-present United States policy, itself opposite to that of President Franklin Delano Roosevelt, of allowing, tolerating, and in effect aiding in the never-ending torture of that population, through refusing to take down the “Dope Inc.” financial oligarchy that dominates it as surely as did the slave-masters of 1791? China, which has, since the Bandung conference of 1955, and now even despite the fact that it is not diplomatically recognized by the government of Haiti, insisted that economic development is a human right for that nation. It has now posed to the entire international community that the same problem China has successfully tackled and solved internally—the eradication of poverty—be solved worldwide. The Global Development Initiative premiered by Xi Jinping at this United Nations session has now placed “economic development as a human right” on the world table. Executive Intelligence Review has answered the United Nations, and the world, by providing a policy orientation for the now-distracted United States. The plan for Haiti invokes, implicitly, FDR’s Four Freedoms, and, explicitly, LaRouche’s Four Economic Laws, to chart a way forward, not only for Haiti, not only for the Caribbean, but by means of eradicating poverty through economic cooperation, for “everywhere in the world.”

“YOUR DEATH WILL SAVE THE PLANET”

There is only one problem. The financial neo-Malthusians intend to use the illiterate argument that “natural law” is above human rights, to introduce what Fred Wills used to call “the doctrine of regrettable necessity” as the means to argue that billions will have to go away to save the planet. The bill is beginning to come in for this sophistry, in astronomical gas and electricity prices, hyperinflation, supply chain breakdowns, cuts in living standards, and drops in life expectancy that, while blamed on the coronavirus pandemic, preceded it. As stated by Klaus Schwab in the book Stakeholder Capitalism:” The same force that helps people escape from poverty and lead a decent life is the one that is destroying the livability of our planet for future generations. The emissions that lead to climate change are not just the result of a selfish generation of industrialists or western baby boomers. They are the consequence of the desire to create a better future for oneself.”

Except that Schwab isn’t actually referring in this passage to “western baby boomers,” but to both the Chinese policies for the development of African nations, and the desire of African nations to create a better future. As the Club of Rome’s Alexander King wrote: “The real enemy, then, is humanity itself.” Especially the “high birth rate” in Africa—too many African “carbon footprints.” So, regrettably, Africans must be reduced in their numbers, by any means necessary, in defense of natural law.

China’s calling the attention of the world to the crisis in Haiti at the United Nations, seen from the standpoint of the proposal in Executive Intelligence Review written by Richard Freeman and Cynthia Rush, places the United States in the position to choose, not the Tavistock choice method, but the “win-win” method which was always the essential characteristic of the American System which, as Henry Carey put it, “is the only one ever devised the tendency of which was that of elevating vehicle equalizing the condition of man throughout the world.”