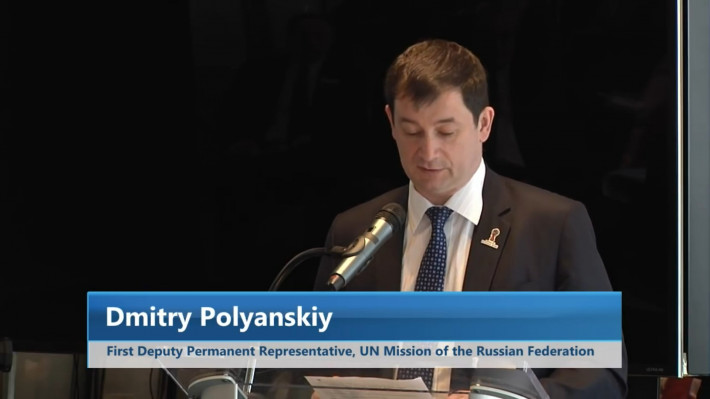 It is notable, that at yesterday’s U.N. Security Council debate on Haiti, it was left to the representatives of China and Russia to at least raise Haiti’s desperate need for development and reconstruction, beyond merely relief aid.

All representatives who spoke, pointed to the need for Haitians to come together to resolve the nation’s government and institutional crisis, and spoke of elections, and of the terrible security problem of gangs and drugs that must be addressed. But without moving beyond meager humanitarian relief efforts, to international assistance to allow Haiti to undertake the kind of full-scale reconstruction program which the Schiller Institute is proposing, no political solution is possible.

Geng Shuang, Deputy Permanent Representative to the UN of China, called on the international community to step up and help Haiti recover, and “spare no effort in humanitarian assistance and post-disaster reconstruction…. China calls on the international community to respond actively to the UN humanitarian emergency appeals totaling about $187 million, and urges the Haitian government to work closely with the UN system to ensure that supplies reach people most in need and to avoid waste and embezzlement,” he said.

Geng suggested that a change in strategy is needed, pointing to the failure of the humanitarian strategy towards the country, in which the 14.7 billion U.S. dollars spent since 2010 “have yet to deliver the expected results…. The international community’s long-standing assistance model that can be compared to blood transfusion and oxygen supply to Haiti has proven to be neither markedly effective nor sustainable…. We are ready to join the rest of the Council members to address the systemic and operational impediments to peace and development in Haiti, and to consider adopting a novel approach to help Haiti come out of its plight,” he said.

Russian First Deputy Permanent Representative Dmitry Polyanskiy spoke of the “urgent need to address issues that are inevitable to all States, among them combating unemployment and improving overall standards of living…. We cannot but be appalled by the information contained in the report from the World Bank that in 2021, 60% of Haitians will fall under the poverty threshold…. Clearly, such a dire situation in this insular country requires consolidated international support, first and foremost, from regional neighbors.”

Many representatives could not fail to reference the shocking decision to forcibly return to Haiti thousands of “people who cobbled together their last money to leave the country in search of better lives for their children,” as Polyanskiy—but not only he—put it. On that subject, U.S. Ambassador Linda Thomas-Greenfield was silent.