COVID Out of Control in the U.S. With Record Deaths; Hospitals Can’t Keep Up 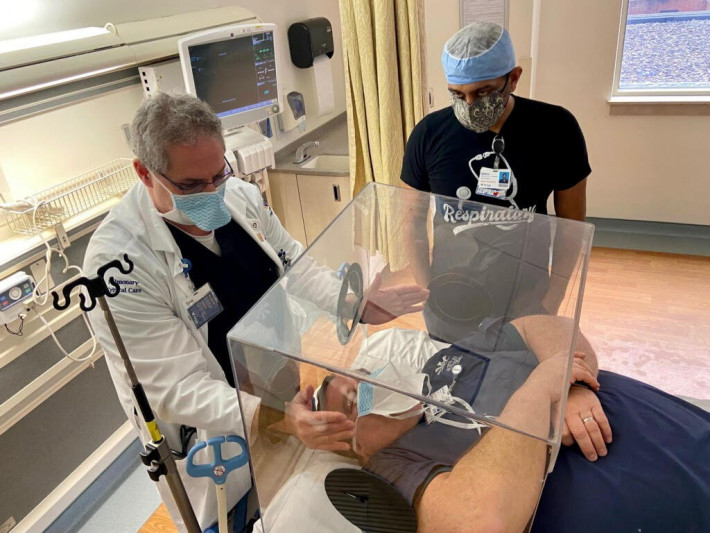 COVID Out of Control in the U.S. With Record Deaths; Hospitals Can’t Keep Up

December 11, 2020by David Dobrodt in General

Daily COVID deaths reached a record high of 3,100 yesterday in the United States, with a total number of 106,600 patients hospitalized nationwide–the highest number ever according to the COVID Tracking Project. The total number of deaths has reached 289,529, and the average of daily new cases is over 200,000. Over the past week, there have been 1.2 million new cases. According to the Minnesota-based Center for Infectious Disease and Research Policy (CIDRAP), the World Health Organization’s weekly epidemiological report showed just under 4 million reported cases worldwide in the last seven days, half of which are in the Americas.

According to the New York Times a third of Americans now live in areas which don’t have enough ICU capacity. Hospitals serving more than 100 million Americans have fewer than 15% ICU beds available. Total COVID cases in the U.S. now amount to 15,285,261 according to the Johns Hopkins COVID dashboard.

A team of 45 medical personnel has been deployed to Wisconsin by the Defense Department to augment medical staff in hospitals overwhelmed by a flood of COVID19 patients. The facilities are in an area of Wisconsin with some of the highest and most sustained rates of COVID-19 infections. The Marshfield Clinic system, which oversees the facilities receiving help, has been utilizing volunteers from a state emergency assistance program “but the need for more staff to meet patient demand remains a challenge,” Marshfield Clinic Health System CEO Susan Turney said, reported the {Milwaukee Journal Sentinel}. “Because of the prolonged and intense nature of this crisis, many hospitals are near full capacity and medical staff is exhausted,” she said in a Dec. 9 statement. Wisconsin  Gov. Tony Evers called the military support “crucial” and thanked the DOD for providing it.

The Americas showed a 12% increase in cases over the previous week After the U.S., Brazil showed the next highest number of new cases with 295,000 –a 35% increase over the previous week.  Dr. Carissa Etienne, Director of the Pan American Health Organization (PAHO), the regional adjunct of the WHO,  warned in a Dec. 9 press conference that Brazil’s health and hospital system is at the breaking point, and that Colombia and Paraguay are also struggling to deal with increasing cases. Dr. Etienne reported that the Americas are  experiencing “the highest levels of COVID-19 cases since the start of the pandemic.” It is crucial now, she said, to boost hospital capacity, and  “redouble preventive measures,” especially as the region heads into the  holiday season.