Video – Global Leaders Discuss: Can a Strategic Crisis Between the Major Powers Be Avoided? 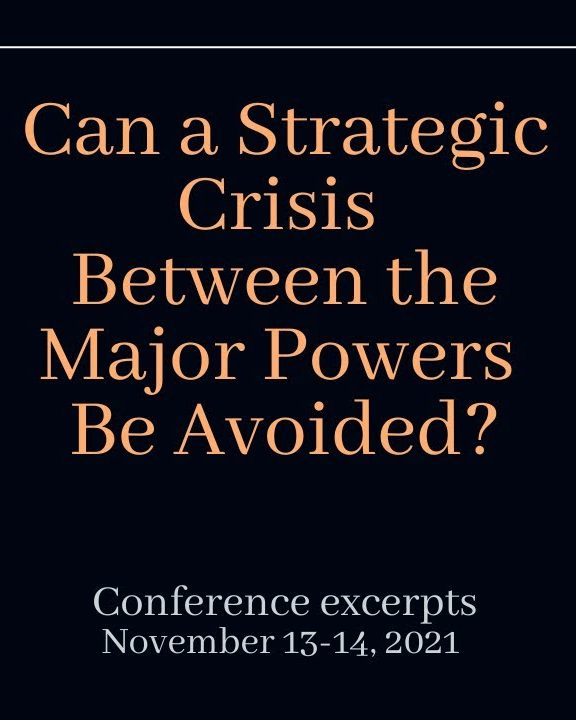 Video – Global Leaders Discuss: Can a Strategic Crisis Between the Major Powers Be Avoided?

November 22, 2021by madeleine in General

This video compilation is from the recent November 13-14, 2021 Schiller Institute Conference. The entire proceedings can be seen here.

Helga Zepp-LaRouche, Founder and President of The Schiller Institute Keynote Address: “A Terrible End or a New Paradigm?”

Dr. Andrey Kortunov (Russia), Director General, Russian International Affairs Council (RIAC) Topic: “Is There a Pathway for an Improved Relationship Between the U.S. and Russia?”

Dr. George Koo (U.S.), Chairman, Burlingame Foundation; Retired international business consultant Topic: “The Survival of Our World Depends on Whether the U.S. and China Can Get Along”