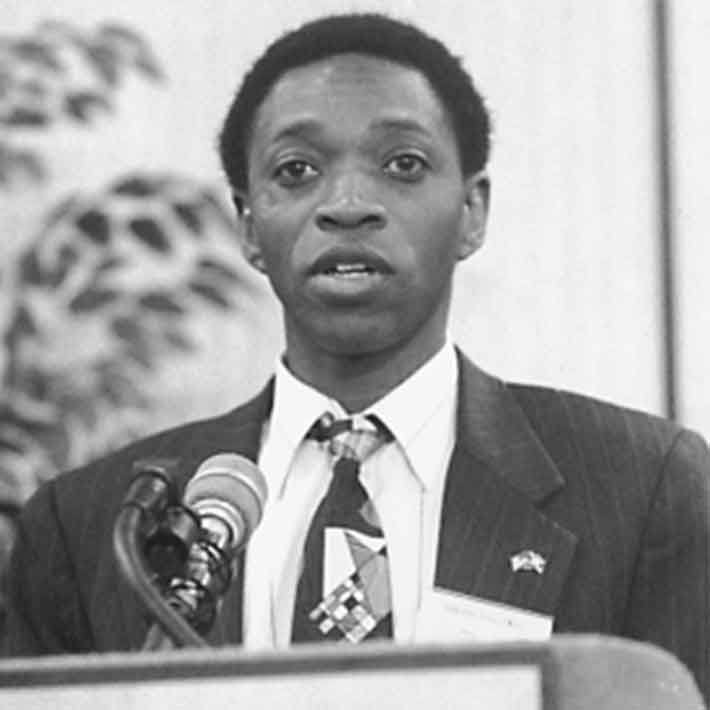 June 8, 2020 — In response to the horrible crime committed in Minneapolis, we received the following message from Ambassador Jacques Bacamurwanko, former Ambassador of the African nation of Burundi to the U.S.

“I’d love to mention that the protest activists following George Floyd’s heinous killing by the MN police officer need to be told that it’s the same anti-America system that was responsible for the strangulation of Lyndon LaRouche Jr.. Lyn’s neck was literally choked up by the same white supremacist gang that would not want him to exercise his right to vote, to move around or travel abroad freely.

“The good news is, the murderous gang did not manage to stop the flow of LaRouche’s Freedom and ideas far and wide.

“The world would be freer today if Mr. Trump could cause by an historic Presidential Order signed in the Oval Office urging the anti-America gangsters to get their knee off Lyndon LaRouche’s ‘neck.’

“That’s what our insistent plea and global advocacy ‘to exonerate LaRouche’ actually means. If LaRouche were exonerated, mankind would usher in a beautiful era of sustainable dialogue for peace, civil rights and socioeconomic development.”