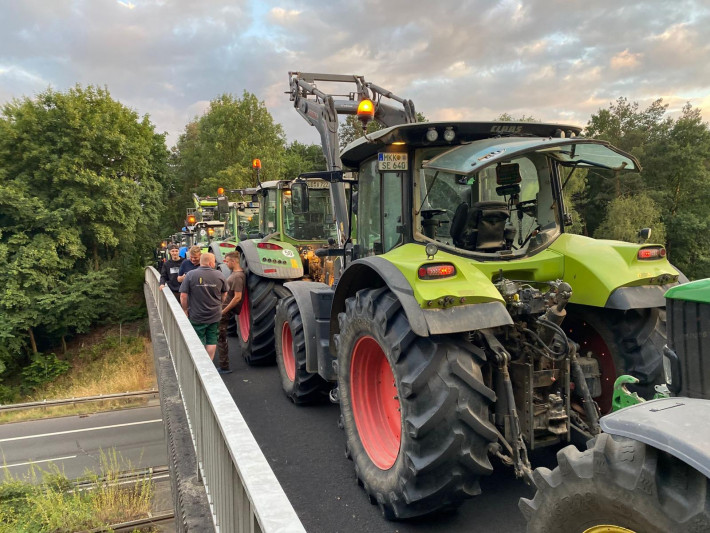 Aug. 16—The following statement was issued this month, to crossfire international support, after farm and ranch leaders from four countries met on the crisis.

We stand together with the German farmers in their protest demonstrations in August. They are on the front lines, alongside the Dutch farmers, in protesting to stop the dictates that will shut down farms, and cause mass food shortages, ordered by their governments, and by the European Union in Brussels.

Dutch farmers face mandates to cut livestock by as much as 30%. The excuse for this is to reduce emissions and run-off of nitrous oxide and ammonia. German farmers face mandates to drastically cut use of fertilizer, pesticides and cropland itself. Similar mandates are coming down in the Americas, and other targeted agriculture regions. The year 2030, and earlier are the deadlines.

The originators of these deadly mandates operate through an international constellation of globally powerful, private banks, NGOs, transnational corporations, and captive government offices. They must be stopped. They know full well their directives mean depopulation.

We must expand, not cut, food production. We have a world food shortage emergency. Over 800 million people go hungry, and millions of them are headed to death by starvation. These numbers could double in a year. The world grains harvest is going down.

Our support for the German and Dutch farmers is a call to action among our fellow citizens, in whichever country we may be, to restore national sovereignty, and stop the destructive dictates and the trans-national finance and cartel powers behind them.

We need sovereign government action, and collaboration among nations, to expand independent food producers everywhere, and mobilize emergency and long- term measures to vastly increase food production. Double it! We need mutual-interest trade and foreign relations, and cancellation of economic sanctions. Use anti-trust to bust up the monopolies. Re-regulate banking on the Glass-Steagall principle. Build infrastructure (water, power, public health, transport) to protect from drought, floods, and all disasters.

Food is not a “farmer’s issue.” We call on people from all walks of life to join with us, in supporting the farmers everywhere.

Add your signature and/or send a message to the farmer organizers of the Aug. 31 demonstrations in Germany, via email: contact@schillerinstitute.org