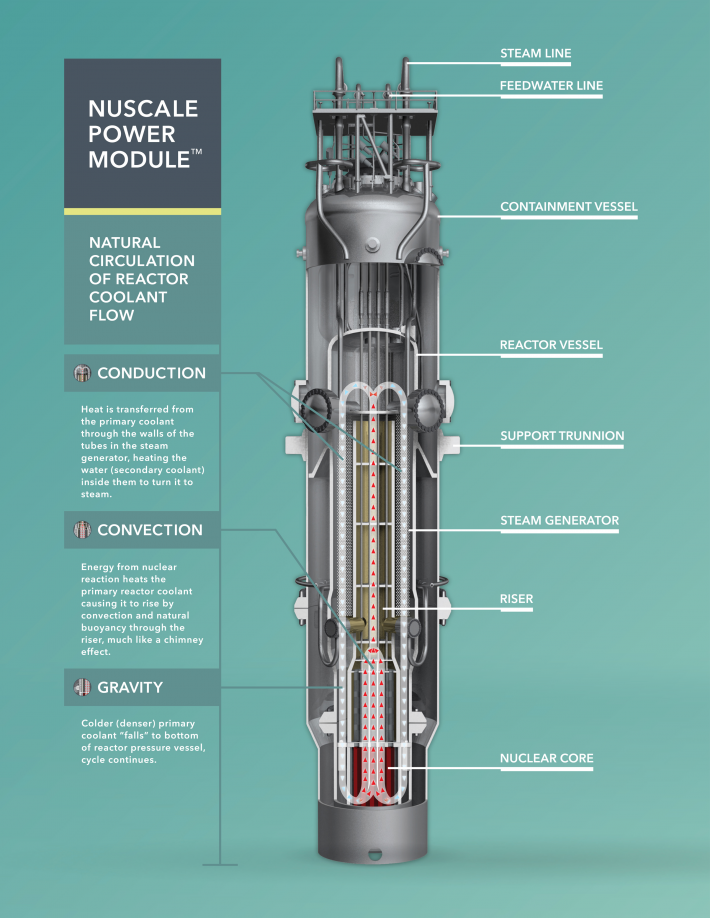 September 3, 2020by Jenny Burns in General

The U.S. Nuclear Regulatory Commission (NRC) announced the completion of its Phase 6 review—the last and final phase—of the Design Certification Application (DCA) for NuScale’s small modular reactor (SMR) and have issued  the Final Safety Evaluation Report (FSER).  With this final approval customers can proceed with plans to develop NuScale power plants with the understanding that the NRC has approved the safety aspects of the NuScale design.

“This is a significant milestone not only for NuScale, but also for the entire U.S. nuclear sector and the other advanced nuclear technologies that will follow. This clearly establishes the leadership of NuScale and the U.S. in the race to bring SMRs to market. The approval of NuScale’s design is an incredible accomplishment and we would like to extend our deepest thanks to the NRC for their comprehensive review, to the U.S. Department of Energy (DOE) for its continued commitment to our successful private-public partnership to bring the country’s first SMR to market, and to the many other individuals who have dedicated countless hours to make this extraordinary moment a reality,” said NuScale Chairman and Chief Executive Officer John Hopkins said in a NuScale press release on August 28. “Additionally, the cost-shared funding provided by Congress over the past several years has accelerated NuScale’s advancement through the NRC Design Certification process. This is what DOE’s SMR Program was created to do, and our success is credited to strong bipartisan support from Congress.”

This  design certification  means it meets safety requirements and could be chosen by future projects seeking licensing and approval. The next step for NuScale is to obtain full certification from the regulator which will then allow a utility to reference the design when applying to build and operate a nuclear power plant anywhere in the US. Already the Utah Associated Municipal Power Systems is planning to develop a 720MW plant at the Idaho National Laboratory which would use 12 of these reactors.

Once built the Nuscale reactor will be the first of its kind which can be built in serial production in a factory with the modules assembled on the site of the power plant. NuScale has signed agreements with entities in the U.S., Canada, Romania, the Czech Republic, and Jordan. Similar agreements with other entities are being negotiated.