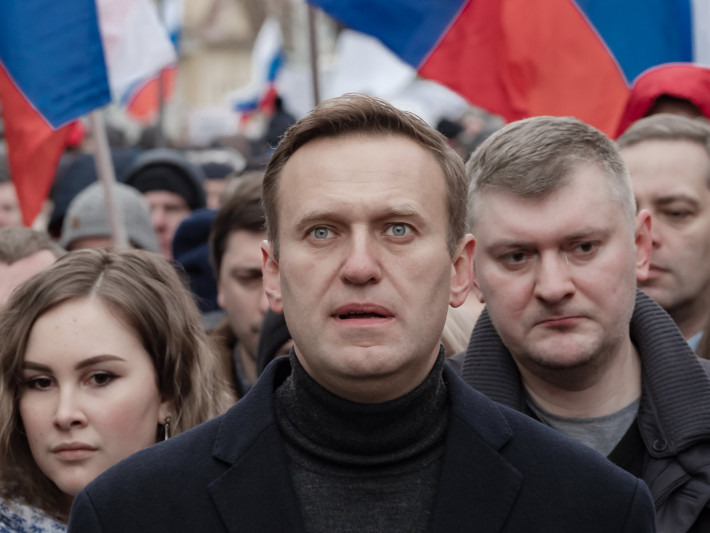 Feb. 15 (EIRNS)—The Russian opposition to President Putin led by Alexey Nalvany has gone into what it calls a “strategic pause” until Spring, after more than 10,000 people were detained in two consecutive weekends of street protests throughout Russia demanding Navalny’s release from jail, Isabelle Khurshudyan reports in the Feb. 14 {Washington Post}. To avoid jail and other actions by the government, Navalny’s forces have decided to regroup and return to the streets in the Spring, and back candidates in the September Parliamentary elections to challenge Russian President Putin’, and his Party’s hold on power. Navalny has already been sentenced to two years in prison for parole violations, with other cases pending. He returned to Russia from Germany in January,  after his recovery from what was claimed by Porton Down to be poisoning.

Navalny’s “Chief of Staff” Leononid Volkov told the {Post} Feb. 5 that Navalny’s forces “could not sustain the detentions and beatings” and that continued protests could hinder their goal of winning more opposition seats in the September elections, as well as “paralyze the work of the regional headquarters. Alexei has asked us to concentrate on this autumn, when State Duma elections will be held,” Volkov said, according to the {Post}. Germany’s {Der Spiegel} reported that Navalny’s wife is now in Frankfurt, Germany for “a private visit.”

Last year in Belarus, with 9 million population vs. Russia’s 150 million, much larger daily demonstrations than those for Navalny were held for months after opposition groups, and some Western countries said the elections were rigged in favor of Belarus’s longtime leader, Alexander Lukashenko. These demonstrations sometimes had 200,000 people on the streets. But they steadily lost momentum, Khurshudyan writes.

Two years ago, ahead of Moscow City Council elections, Navalny promoted a system he called “Smart Voting,” which involves informing voters which candidates had the best chances to defeat candidates from Putin’s ruling United Russia Party, but the author claims members of Navalny’s Party are typically prohibited from becoming candidates.