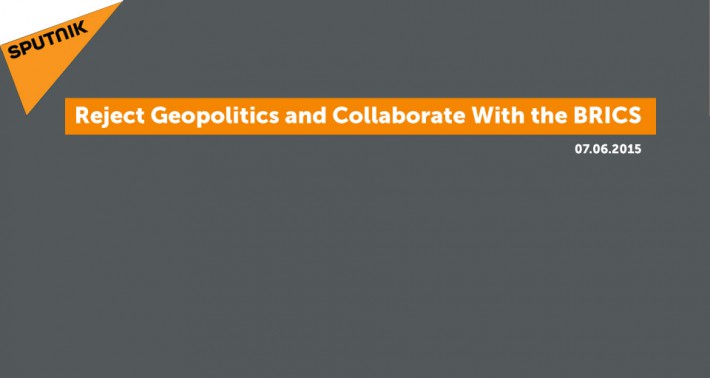 On Monday morning, July 6, Helga Zepp-LaRouche gave an interview to Sputnik News, which was aired live. The interview touched on the bankruptcy of the trans-Atlantic region and the looming war danger, among other topics.

Here is the interview in full:

This interview was conducted by Sputnik news © all rights reserved.

The interview followed an earlier one only a few days prior with Sputnik, as well as {Pravda.ru}, and RT.  They all highlighted the Schiller Institute’s resolution calling on the U.S. and European Union to join with the BRICS countries in abandoning geopolitics and joining in the new paradigm of “win-win” economic development. The article prominently featured an interview with Helga Zepp-LaRouche, founder and chair of the Schiller Institute, who identified the two grave threats to world stability: the collapse of the trans-Atlantic financial system and the danger of thermonuclear war, stemming from U.S. and NATO provocations against Russia and China.

The article was run on RT in Spanish, Portuguese, Russian and English, and on various other sites in Italian, and even Turkish. Sites such as Brazil Business Today and the Polish Gazette, were among those sites monitored thus far. A Russian-language version of the report by RIA Novosti, with which Sputnik is affiliated, gave even more detail from Zepp-LaRouche and New York Schiller Institute spokesperson Lynne Speed; it has been published by scores of Russian newspapers and websites.