WHO Dir. Denounces “Scandalous” Vaccine Inequity, Warns the Pandemic Is Not Over 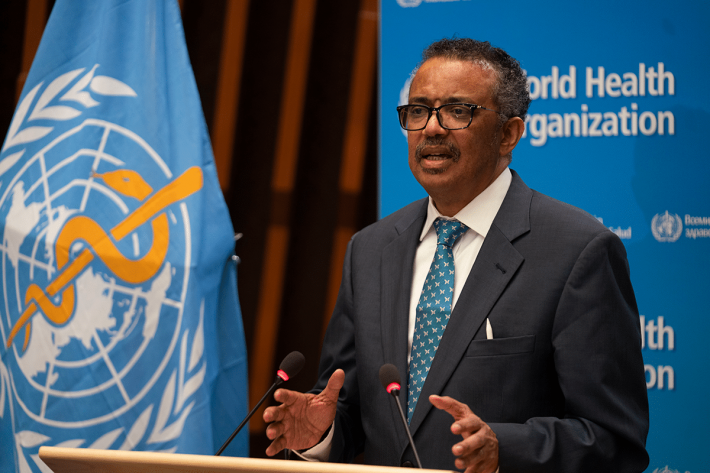 WHO Dir. Denounces “Scandalous” Vaccine Inequity, Warns the Pandemic Is Not Over

WHO Director Denounces “Scandalous” Vaccine Inequity, Warns the Pandemic Is Not Over

May 25 (EIRNS)–Addressing the 74th annual meeting of the World Health Assembly (WHA), on May 24, World Health Organization director, Dr. Tedros Adhanom Ghebreyesus, delivered a stark message. “Make no mistake,” he said. “This will not be the last time the world faces the threat of a pandemic. It’s an evolutionary certainty that there will be another virus with the potential to be more transmittable and more deadly than this one..” Even though global COVID-19 cases have been decreasing for three consecutive weeks, he warned, the world is still in “a fragile situation…. No country is out of the woods. We must be very clear: the pandemic is not over and it will not be over until and unless transmission is controlled in every last country.”

In this context, Dr. Tedros denounced the “scandalous” inequity in vaccine distribution, which, he charged, “is perpetuating the pandemic.” He pointed out that 75% of all the vaccines that have been administered were in only ten wealthy countries. There is “no diplomatic way to say it: a small group of countries that make and buy the majority of the world’s vaccines, control the fate of the rest of the world.” Now, he admonished, it is incumbent on wealthier countries to share their vaccines with the WHO’s COVAX mechanism, which provides vaccines to poorer nations. He also announced a “Drive to December” campaign, in which countries should aim to vaccinate at least 10% of their populations by September, and at least 30% by the end of this year. But, in order to reach the September goal, he said, 250 million more people in low- and middle-income countries have to get vaccinated, “including all health workers and the most at-risk groups as the first priority. Vaccine manufacturing must be scaled up, he argued, and questioned why some companies won’t share their licenses and technologies with those manufacturers who want to help produce vaccines.

“This is crucial to stop severe disease and death, keep our health workers safe and reopen our economies,” Dr. Tedros elaborated. He warned that “those countries that vaccinate children and other low-risk groups now, do so at the expense of health workers and high-risk groups in other countries. That’s the reality.” He noted that while virus variants don’t seem to have undermined current vaccines, variants are “changing constantly,” and that any future ones could “render our tools ineffective and drag us back to square one.”