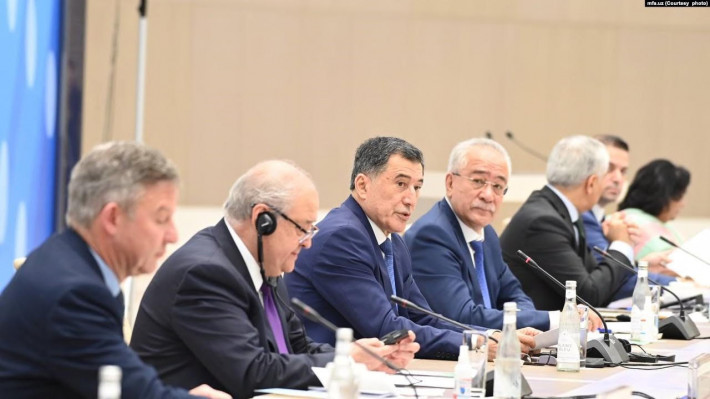 Aug. 1 (EIRNS)—As the organizer and host of the July 26-27 conference in Tashkent, entitled “Afghanistan: Security and Economic Development,” the government of Uzbekistan issued a summary report on some of the major points of discussion which took place there, with an important focus on priority infrastructure projects to enhance regional connectivity.

Published July 27 by The Diplomat, the report emphasizes participants’ understanding that lasting peace will only be achieved through stabilization and recovery of Afghanistan’s economy. It is therefore necessary, it states, “to promote the integration of Afghanistan into interregional economic processes, to promote the implementation of socially significant and infrastructure projects, including the formation of transregional transport, energy and other corridors.”

Among the projects were those put forward by Uzbek President Shavkat Mirziyoyev to advance the construction of the trans-Afghanistan railroad as a means of connecting South Asia via Afghanistan. Other projects include laying the (Uzbekistan to Afghanistan) Surkhan-Pul-i-Khumri power transmission line, the creation of the Termez, Uzbekistan, cargo transport and logistics hub, as well as the transformation of the training center in Termez into an educational cluster for training Afghan personnel.

According to The Diplomat, Uzbekistan is the major promoter of the 573 km Trans-Afghan railroad. First proposed in December 2018, it would extend the Afghan rail network from Mazar-e-Sharif—a regional hub in northern Afghanistan, close to both Uzbekistan and Tajikistan—to Kabul and then to Nangarhar province in eastern Afghanistan, where the railway would cross the border with Pakistan at Torkham and run into Pakistan via Peshawar. Goods will then be offloaded to connect with the Pakistan rail system and from there travel down to the seaports of Karachi, Gwadar, and Qasim.

The railroad would have an estimated capacity of 20 million tons of cargo per annum, and once operational, would cut down travel time from 35 days to 3-5 days from Uzbekistan to Pakistan, The Diplomat reports. There are many challenges to be overcome in building the project, including very difficult geography, security issues, different rail gauges, and not least of which is the $4.8 billion in financing.

Another important project is the Central Asia-South Asia Electricity Transmission and Trade Project (CASA-1000), a $1.2 billion project that would bring 1,300 MW of seasonal power from Tajikistan and Kyrgyzstan to Afghanistan and Pakistan. Because of their hydroelectric power capacity, Tajikistan and Kyrgyzstan have excess electricity to sell. Although the project was put on hold when the Taliban took power, construction has now been resumed with an estimated completion date of 2024. It is financed by a consortium of international financial organizations.