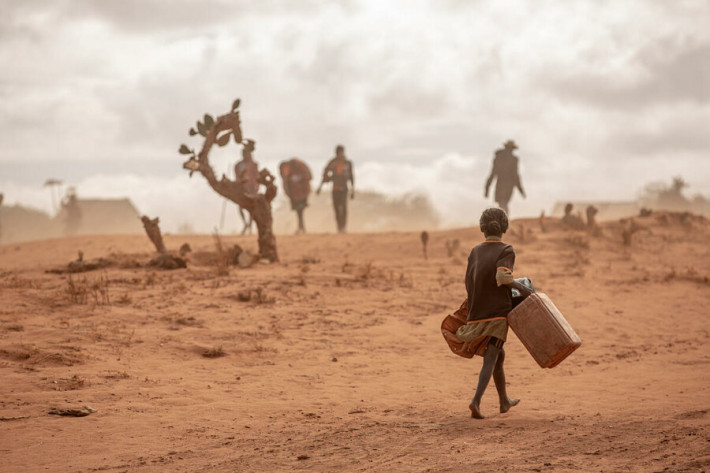 May 9, 2022 (EIRNS)—Representatives of the United Nations warned of major crises emerging in the continent of Africa due to the Western sanctions against Russia, in a press conference on May 6 in Geneva. Al Jazeera reported the UN officials said that the ongoing conflict has not only led to shortages of wheat, fertilizer and other goods, but also zooming inflation has impacted many nations, pointing out that already, commodity prices have soared—with the price of sunflower and colza oil shooting up 40%. “This is an unprecedented crisis for the continent,” UNDP Africa chief economist Raymond Gilpin said on May 6. “We are seeing a reduction of GDP growth on the continent.”

“With the disruptions that now happen, you see an urgent situation materialize because where do these countries turn overnight for commodities?” UN Assistant Secretary-General and UNDP Africa regional director Ahunna Eziakonwa said. “Tensions, particularly in urban areas, low-income communities, could spill over and lead to violent protests and violent riots,” he said, noting that countries holding elections this year and next year were particularly vulnerable.

In a signal development, domestic air travel in Nigeria is stopping completely. The Airline Operators of Nigeria (AON) announced that starting on Monday, May 9, all domestic flights will be grounded, due to the soaring price of jet fuel, which has increased from 190 to 700 Nigerian naira per liter (from $0.45/liter to almost $1.70—attributed to the economic effects of the sanctions). This means that even a one-hour flight would cost about 120,000 naira ($289), a sum unaffordable for Nigerians “already experiencing a lot of difficulties,” said AON.