Nezavisimaya Gazeta Warns: “One Fifth of World’s Population About to Face Food Crisis” 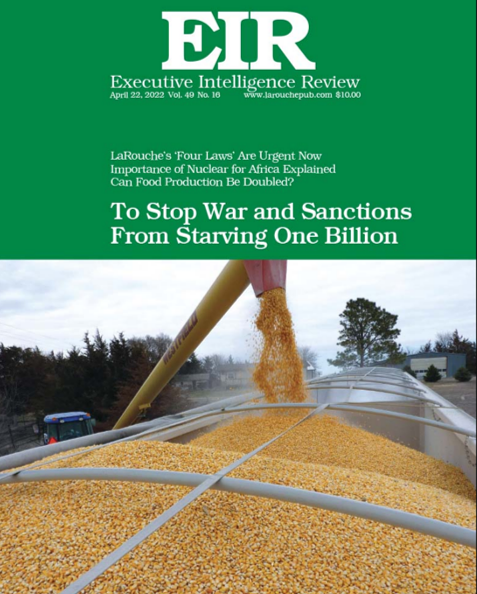 Nezavisimaya Gazeta Warns: “One Fifth of World’s Population About to Face Food Crisis”

April 29 (EIRNS) – The Russian daily Nezavisimaya Gazeta warned yesterday that a recent U.N. report estimated that “the Ukrainian conflict is putting 1.7 billion people around the world at risk of hunger,” noting that “the global food price index has reached historic highs as wheat prices rose by 20% in March.” EIR reported on that same study one week ago.

The Russian publication filled out the picture with a couple of interviews. Associate Professor at the Plekhanov Russian University of Economics Oleg Kalenov noted: “Forecasts say that Ukraine’s wheat exports will halve, so the market is going to face a shortage of 9.5 million tons of wheat. Besides, countries may fail to receive wheat from Russia because of delivery and payment issues stemming from political reasons.”

Executive Director of the Capital Market Department at Univer Capital Artem Tuzov, pointed out that “Certain countries are extremely likely to face starvation unless the sanctions impeding Russian wheat exports are lifted.”