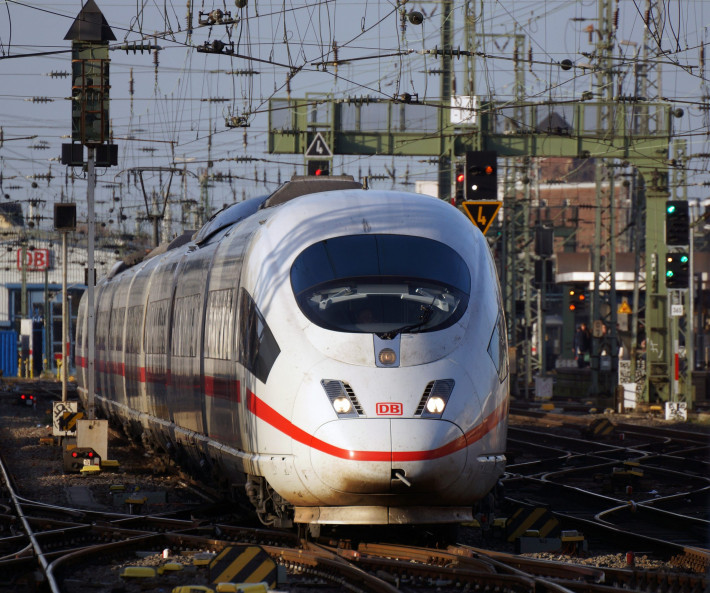 Mar. 23 (EIRNS)–Early Wednesday morning (Mar 23) all rail freight traffic in Germany was brought to a standstill because of an ‘under supply’ of electricity according to a statement by German network operator DB Netz. The Deutsche Bahn had to pull the plug on rail freight in order not to interrupt the passenger network in the middle of the rush hour. The extra power was restored by the afternoon according to an article in railfreight.com.

No reason was given for the power shortage. Deutsche Bahn has its own energy provider, DB Energie which produces and purchases all the energy requirements for the railway. DB makes a big deal in its advertising that its high speed passenger ne​t​work runs on 100% green energy – whatever that means. The problem is DB Energie plans by 2038 to be totally green by phasing out all the other sources including, nuclear, coal and gas. The nearly 40% which now comes from non green sources is planned to be sourced from new wind​ ​farms in the North Sea, some of which have yet to be built, and from Norwegian hydro-power plants. The Deutsche Bahn consumes as much electricity as Berlin, a city of four million people.