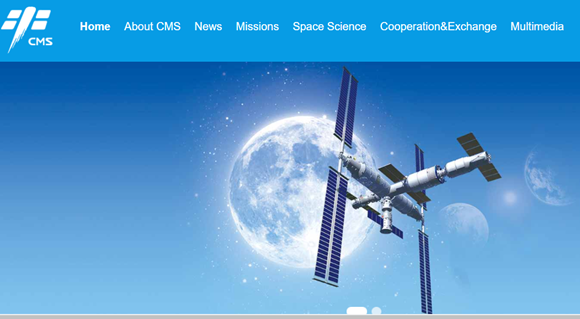 June 24, 2021 (EIRNS)–A half-dozen leaders of the Chinese space program, including 88-year- old Qi Faren, the father of the Shenzhou program, descended on Hong Kong on June 23 to spend several days visiting Hong Kong universities and secondary schools to present the opportunities space has to offer to young Hong Kongers. This is the first major visit of a Chinese delegation to Hong Kong since the outbreak of COVID, and the effect was very powerful. Everywhere there were packed rooms. Most moving was the two-hour presentation by Qi Faren, who entered the Chinese defense establishment in 1957. Speaking without notes or a PowerPoint for two hours, and with times and dates engraved in his brain, he outlined China’s vision for space, from the historical experience of space in Chinese astronomy and poetry to the present period with the building of a Chinese space station. Qi talked about the spirit of the “two bombs and one star” program, the early attempt in incredibly difficult economic circumstances, for China to begin to again become a world power by building an atomic bomb in 1964, a hydrogen bomb in 1967, and launching China’s first satellite in 1970.

Qi, together with many of the elders in the space community, like Sun Jiadong, Ouyang Ziyuan, and others, had come out of this early program. And what was it that motivated them? Qi asked. It was “love of the motherland.” Qi explained that he was born in Dalian in 1933 and Dalian, like Taiwan and Korea, were all occupied by Japan at that time. “When I was young, I was bullied by Japanese kids, I gathered in the playground every day when I was in elementary school, bowed to Tokyo three times, and then practiced the bayonet. “If the War of Resistance Against Japan does not win,” he told himself, ” I will have to be in the Imperial Army, and China will be lost. But with the victory of liberation, I can now ‘Glimpse the Great Aerospace Era’,” Qi said. [the name of the Hong Kong foray].

He said the younger generation has no experience of this history, so patriotism must be promoted through education. He said that the noblest love, the greatest love, is patriotism. This provides the energy for overcoming difficulties for reaching your greatest potential. “In peacetime, everyone is patriotic as long as they do their job well. Everyone can do this, and the country can be strong. The dream of being a powerful country needs to be implemented in our business and our jobs,” he said. Qi’s lecture was met with applause that lasted a long time in the huge venue. The talk was also live-streamed on several sites, including a WeChat site which had 5,000 viewers.

Hu Hao, the designer of the third stage of China’s space program, gave a thorough presentation of the technology of the space program, noting that many people were needed to further develop China’s work in space. He was peppered with questions, including, how does one become an astronaut, what will we find in space, what kind of science experiments will be undertaken, etc. Hu also talked about mining on the Moon and the importance of Helium-3 for a future fusion energy program.

At the end of the week there will be a major exhibition at the Hong Kong Convention Center with space paraphernalia and Moon rocks.