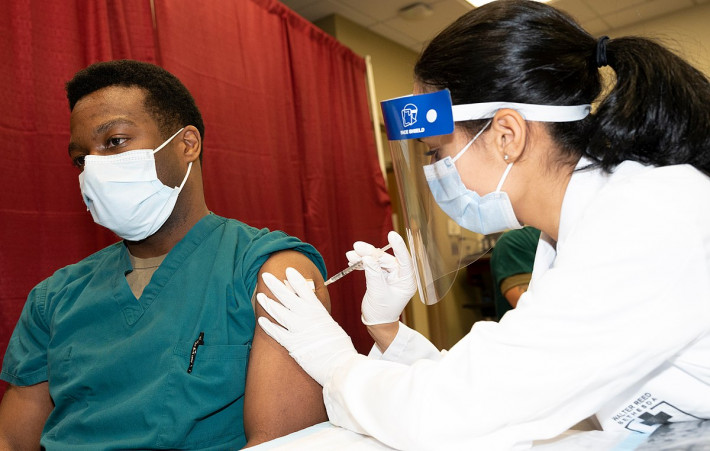 Aug. 22 (EIRNS) — A low-key op-ed by two epidemiologists, “Boosters won’t stop the Delta variant: Here’s the math”, was published back on Aug. 15 in the Washington Post. While focused on the United States, if applied to the entire world’s population it appears to provide substantiation for focusing all available and contracted vaccine supplies on the basic vaccination of citizens before giving any booster shots. The premise of their analysis: “Many vaccinated people are asking whether it’s time to get a booster dose. But the math behind the spread of infectious diseases like COVID-19 can help us see that it’s not.”

The argument: The basic reproductive number R0 or the original virus in this pandemic — the number of people likely to be infected by each infectious person if there is no immunity in the population — was 3; of the Delta variant, it is estimated at 6-9. Re is the effective reproductive number, which is R0 multiplied by the share of the population which is susceptible to the disease, and which must be kept at 1 or lower to keep the epidemic from spreading. The susceptible portion of the population can be expressed by [1-xv], where 1 is the whole population (or adult population), x is the percentage of people fully vaccinated and v is the vaccines’ effectiveness. Then the effective reproductive number of the virus, Re, is R0 times [1-xv]. This Re is a direct measure of how fast and how far the Delta variant infections, hospitalizations and deaths spread.

Taking the Delta variant’s R0 as 8 and the vaccine effectiveness as 85%, Re would be just 1.2 if the entire target population were fully vaccinated. At 52% fully vaccinated (where the United States is now), Re for Delta is about 4, worse than the original virus variant when no one at all was immune. If a booster shot is assumed to raise vaccine effectiveness to 95%, then Re with the currently vaccinated population, if they were all to be boosted, is still about 4.

But if 75% of the target population were to become fully vaccinated, the Re number drops below 3. If 85% were vaccinated, with no boosters, Re would be about 2.4, even having assumed an R0 value which is near the top of the range for the Delta variant.

In other words, there is a huge field for increasing x, the proportion of people vaccinated; relative to the small range for increasing v, the vaccines’ effectiveness, by booster shots; and this determines how the spread of the Delta variant of COVID can be arrested. It would seem to apply to the population of all the world’s nations, as well as to that of Americans.