Swiss Youth Among Big ‘No’ Vote against Switzerland’s CO2 Referendum 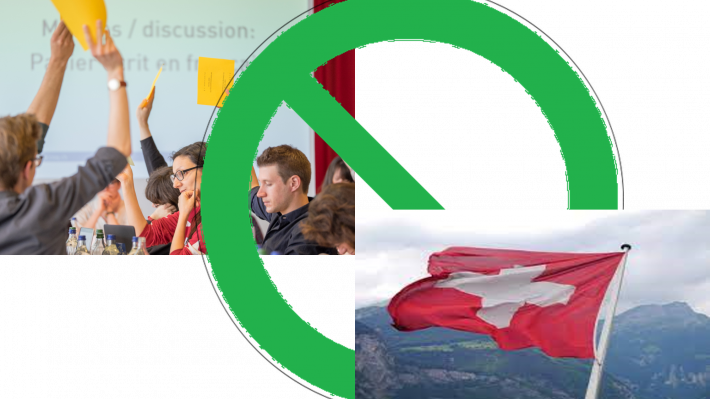 Swiss Youth Among Big ‘No’ Vote against Switzerland’s CO2 Referendum

June 19 (EIRNS) — The big surprise with the No vote over the new Swiss CO2 law was the fact that the majority of young people voted against it. According to the website 20 Minuten website, 54% of those over 65 — that is to say the Boomers — voted in favor of the new law, while 58% of those under 34 voted against it, according to a 20 Minuten and Tamedia survey of 16,249 participants. See report here.

The leading Swiss weekly Weltwoche wrote that the result signaled a “turning point in international climate policy,” a “popular uprising” in which the Swiss electorate rebelled “against the dictates of the elites…. The Swiss are going on a climate strike, just differently than what those in power intended. They want less government action against climate change instead of more.”

The claim that was circulating, that many people voted against the new law because it was not “strong enough” also seems to have not been decisive, according to the survey, since only 2% of the no voters claimed they cast their ballot against it for that reason. According to the survey, fear of higher costs was the main argument against the CO2 law, including among young people.

Swiss Social Democratic Party parliament group leader Roger Nordmann claimed that the no vote was not a strike against climate policy, but had to concede that it showed that “the ‘green wave’ has ebbed — that’s clear. The rejected proposal has shown that the policy of big tones, of constant outbidding with even more ambitious climate targets has had its day.” He called for a climate policy of small steps, and not expensive and extravagant “wallet-regulated” ones.

The Swiss national broadcaster SRF had a similar take on the young no vote, quoting a 19-year-old saying: “You certainly have the money in the back of your mind, that you will have to pay more afterwards. In fact, that was the most important point when I think about it. “

Official statistics on the voting are expected to be released sometime in July.
Interestingly, another poll showed that 51% of Swiss would have voted against the framework agreement with the EU, which the government walked away from last month. Only 35% would have backed it, according to a survey. There was overwhelming support for suspending the talks.

The climate is heating up for those tyrants!