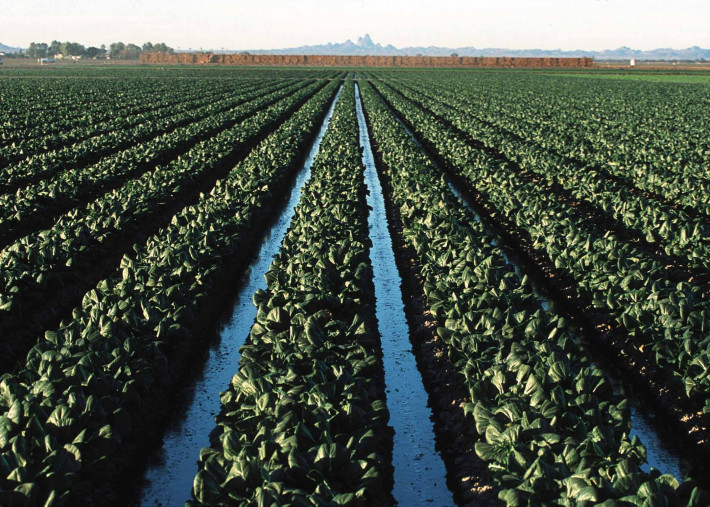 Mar. 10 (EIRNS)–A key part of the Great Leap Backward is that land and water use must be dictated, first, by greening the environment, and only secondly, for agriculture use, which will produce far less food. This is explicit in the EU “Farm to Fork and Biodiversity Strategies” May, 2020 document; and in the 2020 Agriculture Law of Britain. For the U.S., this green dictate appears in the “30 x 30” scheme, which says that by 2030, human use of any kind—agriculture, forestry, transportation, energy, minerals–must be reduced on 30 percent of U.S. land and water, including oceans.

A huge pushback is underway. On Feb. 22, 17 state governors signed a letter to Biden, opposing the Federal government overreach on this. Many also issued their own press releases. The states include most of the farmbelt, e.g. the Dakotas, Montana, Nebraska, Idaho and others.

There are local meetings of all kinds in opposition. For example, March 2 in Wyoming, a resolution opposing the 30×30 plan, and calling for local consultation, was introduced in the Uinta County Commissioners meeting, by the county’s Citizens Coalition for Sound Resource Use. The Commissioners will take it up March 16.

Last night in the small town of Valentine, Nebraska, a public briefing was held by Margaret Byfield, who has been holding meetings across the Plains states to mobilize people. Her organization is the American Stewards of Liberty, based in Texas. See https://americanstewards.us/

The usual citation is made that 12 percent of U.S. land area is already currently in Federal control. Most of it is in the Western states, and varies widely state by state. However a 2020 estimate by the Federation of American Scientists is much higher.

The text of the EO 14008, in Section 216, directs various Federal departments to provide a report within 90 days of Jan. 27, “recommending steps that the United States should take, working with state, local, tribal and territorial governments, agricultural and forest landowners, fishermen, and other key stakeholders, to achieve the goal of conserving at least 30% of our lands and waters by 2030.”

The save-nature groups are all issuing specifics on where human uses should be locked out first—Sierra Club, National Geographic, Conservation Foundation and others. The National Wildlife Federation, for example, has put out, through its Associate VP for Public lands Tracy Stone-Manning, a starter list of which lands to lock up: 80,000 acres in Montana; 1.3 million acres of the Mojave Desert in Nevada; 250,000 acres in California of redwood forest and river rapids; and over 400,000 acres in Colorado.

The 30×30 catchy concept is also pushed in other nations, as a benchmark on the way to “50×50,” the crazed idea—also called “half Earth”—that by 2050, half of the land and water area of the Earth should be in a state of nature, minus people, so that biodiversity can prevail, and this, it is asserted, will keep creature life in balance, so that zoonotic diseases won’t happen, and life will be peachy.

The “half Earth” lunacy was promoted a few years back in a book by E.O. Wilson, the so called biologist. The Center for American Progress has backed it; and it was in the 2020 Democratic Party Platform, it is reported. A resolution was introduced in Congress on this. There is a 30×30 Ocean Alliance.

On October 4, 2020, Scientific American carried an article sub-titled, “The so-called 30 by 30 plan would protect 30 percent of U.S. lands and waters from development by 2030.” Under the main headline, “An Ambitious Strategy to Preserve Biodiversity,” the author is David Shiffman. He wrote,  “Scientific American’s historic endorsement of Joe Biden noted that Biden ‘has a record of following the data and being guided by science.’ With his campaign’s incorporation of 30 by 30 goals, that’s also true when it comes to biodiversity conservation…”

In May, the U.N. Biodiversity Summit will be in China in Kunming.