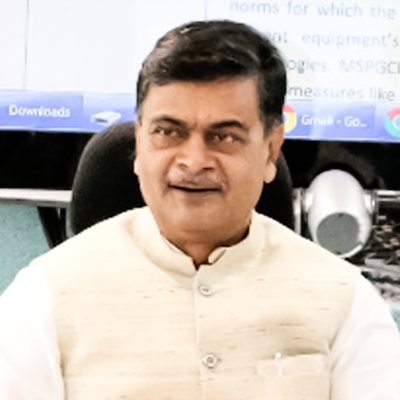 April 7 (EIRNS)—The International Energy Agency (IEA) press release claiming a consensus reached at the March 31 IEA-COP26 Net Zero Summit on “accelerating clean energy transitions” is deceptive. While note was taken by some media of the words of warning given there by India’s Minister of Power, New and Renewable Energy Raj Kumar Singh, watching Singh’s presentation makes visible the fury building in developing countries against being told they have no right to develop.

Singh spoke for the continent of Africa, and he did so with such forcefulness that IEA Executive Director Fatih Birol began, politely but insistently, trying to cut him off halfway through his remarks.

True, Singh calmly reported the great advances India is making in building up the percentage of renewables in its energy mix, and his government’s agreement that the climate threat is real. But what followed was outrage that the developed world, which “has occupied almost 80% of the carbon space already,” now makes “pie in the sky” promises to get to net zero carbon emissions by some decades from now, while demanding developing countries cut their carbon emissions. Here his tone changed:

“Now, in order to give space for others to develop, you have to think of the whole continent of Africa! You have 800 million people in Africa who do not have access to electricity. It’s not about us. We will achieve whatever has to be achieved because we get investments. But it is about those countries…. They have to develop! That development will require more steel, in huge quantities; that development will require more cement, in huge quantities. They also want to build skyscrapers. They also want a high standard of living for their people. And you can’t stop it!…

By then, Birol had stepped up his “thank you, thank you” interruptions, but Singh insisted on talking over him to make one last point: “you” insist that we go for carbon capture and storage, yet are these technologies proven? And they are very expensive!

India does not intend to sacrifice its own domestic energy supply, either. That same day, India’s Environment Ministry issued an order extending the compliance deadline for Indian coal-fired power plants to meet tougher emissions guidelines, by up to two more years. The measure was supported by the Power Ministry, because the costs of retrofitting emissions scrubbers on existing coal plants are prohibitive.