Big Farmer Protests in Paris–‘France, Do You Still Want Your Farmers?’ 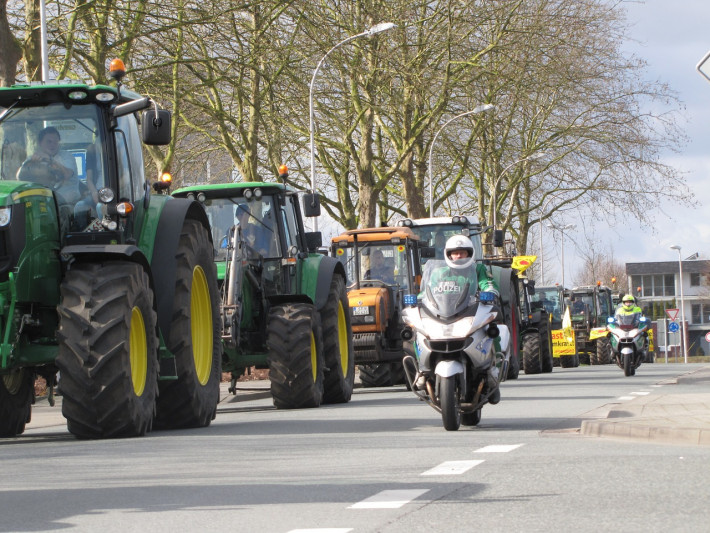 Big Farmer Protests in Paris–‘France, Do You Still Want Your Farmers?’

Big Farmer Protests in Paris — ‘France, Do You Still Want Your Farmers?’

Apr. 4 (EIRNS)–Paris (Nouvelle Solidarité) –”France, do you still want your farmers?”  These were the words used to describe the protest organised on Friday in the Greater Paris region by the French agricultural union FNSEA. Over the last weeks, despite the COVID-19 lockdown and restrictions, thousands of farmers and French farm organizations pulled out their tractors, notably in Clermont Ferrand and Lyon, to protest EU policies that put them “in danger of disappearing.”
In Germany also, farmers were in the streets in mid-March to protest their impossible conditions.
At the center of the French protest are the latest EU outlines to reform the Common Agricultural Policies (CAP,) a regulated production mechanism established by De Gaulle in 1962 to boost production and food security, which has always been attacked by London, and has been gradually destroyed and diluted.

With the EU’s “Green New Deal”, the proposed reform of the CAP implies new legislation aimed at taxing the use of nitrogen fertilizer. The new Climate and Resilience Bill, which farmers describe as a “punitive and unfair” nitrogen fee, would “stigmatize” the use of chemical fertilizer without providing any alternatives, said the FNSEA, France’s largest farm union. The union says the new legislation ignored the changes already taking place in farmers’ practices and would reduce farm incomes without giving a “real response” to current climate issues.

The potential fertilizer fee coupled with the Egalim Law (requiring French producers to themselves collectively negotiate prices with large distributors), which has put agriculture output  prices well below production costs, could be disastrous to farmers and their families. At the same time the CAP reform in its current form requires farmers to make vast efforts to initiate an agro-ecological transition that most of them consider unworkable, and farmers are venting their frustration. A Senate report published on March 17 noted the “immense distress” among French farmers, due in particular to the “low level of agricultural income and the feeling of denigration” of the profession by “constant agri-bashing.”
For the farmers, the protest is also about sending a message “to our fellow citizens alerting them to the urgency of saving French agriculture” without which “our food autonomy and the preservation of our national quality production” cannot be guaranteed. The farmers called for a CAP “for farms, not firms,” that “has the ambition to have many farmers, in all territories and in all lines of production.”