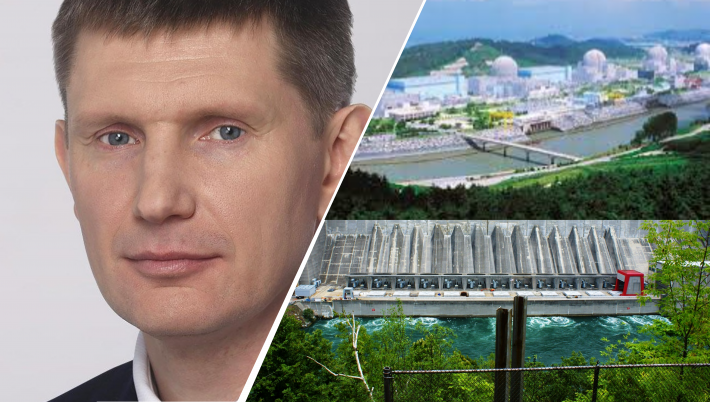 July 15, 2021 (EIRNS)–In preparation for the Glasgow UN Climate conference – COP26 (Oct. 31-Nov. 12, 2021), the Mission of the Russian Federation to the UN held a virtual side event, titled, “Low Emissions Solutions in Energy and Beyond: Partnering with Businesses for a Sustainable Recovery.” The event was opened by Russia’s Minister of Economic Development, Maxim Reshetnikov, and included speakers from Russia, China, Japan, Australia, and the UK. The Schiller Institute attended the event, which had 60 participants.

Russia was represented by speakers from the IAEA and from Rosatom, as well as by the Minister of Economic Development. Minister Reshetnikov stated that Russia’s goal is to reduce emissions to less than 70% of Russia’s 1990 emission levels by developing all technologies, especially nuclear and hydropower. He appealed: “Don’t discriminate against any technology,” saying that this must be done in a cost-effective way and one that does not impede economic development.

Speaking as the Deputy Director General, and chief of the Nuclear Energy Dept. of the International Atomic Energy Agency (IAEA), Dr. Mikhail Chudakov made a series of sharp points addressing the importance of nuclear energy from the vantage point of urgent global energy deficits: 1) globally, 700 million people are still without access to electricity, and demand is growing, 2) nuclear is the most dense form of all energy sources — we need a level playing field for all low-carbon electricity sources, including access to financing, and 3) “Don’t forget about fusion:” Many companies are now investing over $2 billion in fusion research, which will yield a clean and unlimited new source of energy. Dr. Chudakov said that the promotion of nuclear power as a key part of the solution to the emissions question will be the message taken by the IAEA to COP26. Kirill Komarov of Russia’s Rosatom, documented in many dimensions the power of nuclear energy as a friend of the environment. For instance, in measuring Life Cycle Emissions (measured in gCO2eq/ kWh) we see the following: Solar – 48, Hydro – 24, Nuclear – 12, Wind – 11

Chinese Charge d’ Affaires at the China Mission to the UN, Amb. Dai Bing urged a “people-centered approach” to energy policy, which can create a “beautiful ecological environment.” Dame Barbara Woodward OBE, the UK Permanent Representative to the UN — who was apparently added to the program at the last minute — gave an arrogant speech attacking both Russia and the use of coal, demanding that nations adhere to the dictates of the Paris Climate agreement “4 to 5 times faster” — which will be the UK’s demand at COP26 in Glasgow. Corporate representatives from Brazil and Australia promoted biofuels, hydrogen production, wind, and solar panels.

The Schiller Institute’s Paul Gallagher posed this question to the panel of speakers: “Nuclear power plants have the highest power density per area and time of operation and are extremely reliable — but, they take a long time to build relative to other sources. Can this be solved through factory production of modular nuclear power units; how quickly can this become a reality?” Dr. Chudakov responded that Belarus had built a nuclear plant in only six years. So, the process can be expedited. “We need a clear policy of support of nuclear power from governments, governmental credits for infrastructure” so as to advance reactors and reduce construction time. “It’s easy to scale up when you produce the same unit. That’s why SMRs are the future. They need governmental support.” Russia and China are building nuclear plants because there is government support.

Russian scientists have a distinguished history of promoting — on the world stage — the universal use of nuclear power. Physicist, Academician Yevgeny Velikhov, then-head of the prestigious Kurchatov Institute, speaking at the Arctic Energy Summit in Alaska in October, 2007 addressed the vast “energy gap” between world supply and world demand for electricity. Dr. Velikhov was clear, then: sticking with the current dependence on oil, gas, and so forth will not work — there must be nuclear power.