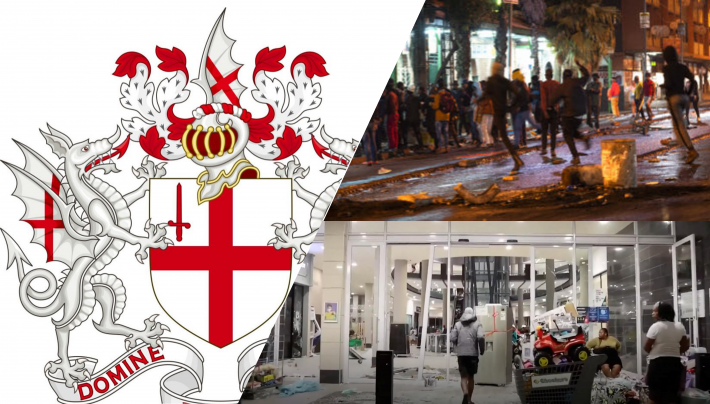 South African Riots Are Major Destabilization of this BRICS Nation —

July 14 (EIRNS)—The opposition parties in South Africa are united in blaming (with varying emphases) President Ramaphosa, his government, and the ruling ANC at large, taking no account of the intense undermining of the country by London/Wall Street centered finance—for example, through destroying South Africa’s electric power development. Will no one stand up and tell Ramaphosa that it is his London/Wall Street patrons that are the problem?

As for this immediate destabilization, one interesting voice has been heard. Bantu Holomisa, MP, leader of the minor United Democratic Movement, said on SABC-TV, “We note the curious absence of the police in some areas. There has been radio silence from the top police echelons for two days. They are the ones who usually keep us [meaning, members of Parliament] informed. Are some intelligence people and police behind this?” That is now being investigated, but by whom, and with what end in view? Stay tuned.