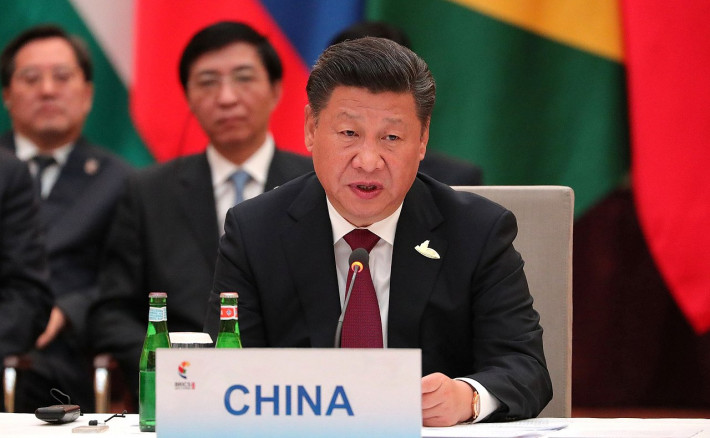 March 16, 2021 (EIRNS)–A major article by Chinese President Xi Jinping was published today in the Communist Party’s theoretical journal Qiushi (“Seek Truth”). The article, entitled “Strive to Become the World’s Major Science Center and Innovation Highland”, was largely taken from speeches Xi had given in the last few years on the topic of China’s development of science and technology, in particular a major speech he gave on May 28, 2018, to the 19th Academician Conference of the Chinese Academy of Sciences.

“If China wants to prosper and rejuvenate, it must vigorously develop science and technology, and strive to become the world’s major scientific center and innovation highland,” Xi said. “We are closer to the goal of the great rejuvenation of the Chinese nation than at any time in history. More than at any time in history, we need to become a world-class power in science and technology!” In his article, Xi stressed five main areas in which scientists should concentrate their attention.

First, fully understand that innovation is the first driving force, provide high-quality scientific and technological supplies, and focus on supporting the construction of a modern economic system;

Second, be determined to innovate independently, strengthen confidence in innovation, and focus on enhancing the ability of independent innovation;

Third, comprehensively deepen the reform of the scientific and technological system, enhance the efficiency of the innovation system, and focus on stimulating innovation vitality;

Fourth, deeply participate in global science and technology governance, contribute Chinese wisdom, and strive to build a community with a shared future for mankind;

Fifth, firmly establish the strategic position of talents leading development, gather talents in an all-round way, and strive to consolidate the foundation of innovative development of talents.

Xi was quite insistent that, in spite of the progress that China has made in its development in recent years as a major force in scientific innovation, there are still many areas that have yet to be resolved if China is to achieve its goal of becoming a world-class technological power. He encouraged scientists to be daring, to make new breakthroughs in the areas of information technology, space, and the life sciences, and to pursue leads in new areas that have yet to be studied, but look to be of importance to the development of the economy and of people’s lives.

Xi underlined that China had to think about developing these areas of science on its own, given the increasing strictures placed on China coming from the outside. While there should be self-reliance, this did not mean that science should be carried on “behind doors”, but that scientists and science should be open to the world, share their accomplishments, and invite foreign scientists to participate in the research.

Scientists should be given the freedom to concentrate on science, and not be engulfed in “red tape” and bureaucratic snaggles. He underlined that the government would take measures to create new national laboratories in order to focus much of the scientific work. There would also be an emphasis on promoting the development of innovative enterprises, and there would be a concerted effort to link the institutes and research centers with the enterprises and the laboratories, in order to quickly transform breakthroughs into productive forces, naming, as did the Government Work Report, science and technology as the “primary productive force” of the economy.

The publication of Xi’s speech only underlines the significance that he places on the Five-Year program, where many of these issues were dealt with in detail and around which the country will be mobilized.