Putin Speaks With Modi, As Planeloads of Russian Aid Begin 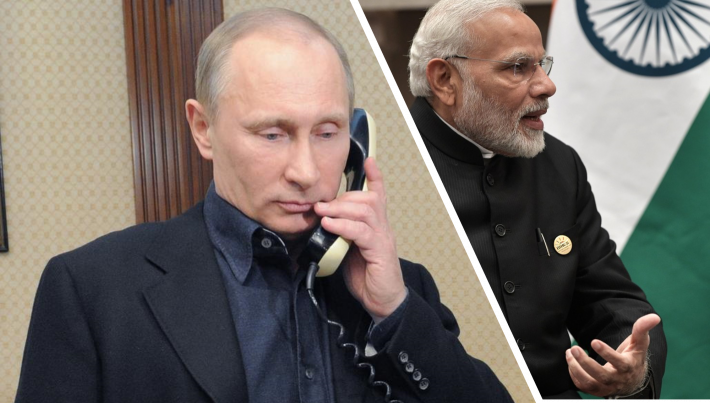 Putin Speaks With Modi, As Planeloads of Russian Aid Begin

April 28 (EIRNS)—President Vladimir Putin personally informed Indian Prime Minister Narendra Modi today that Russia will send equipment urgently-needed to care for Indians infected with COVID-19 to India, starting with flights today by the Russian Emergencies Ministry delivering over 22 tons of equipment, including 20 oxygen production units, 75 lung ventilators, 150 medical monitors and 200,000 packs of medicine. The two leaders spoke by telephone, with Putin assuring Modi of his support in this difficult period, and Modi “warmly thank[ing] the President of Russia for the assistance provided, which is largely high-tech and is in great demand in the country,” the Kremlin reported. They also discussed that Russia’s Sputnik V vaccine has also now been registered in India, and both are satisfied that the Russian Direct Investment Fund had reached an agreement with Indian companies to produce 850 million doses of Sputnik V, production of which is to begin in May.