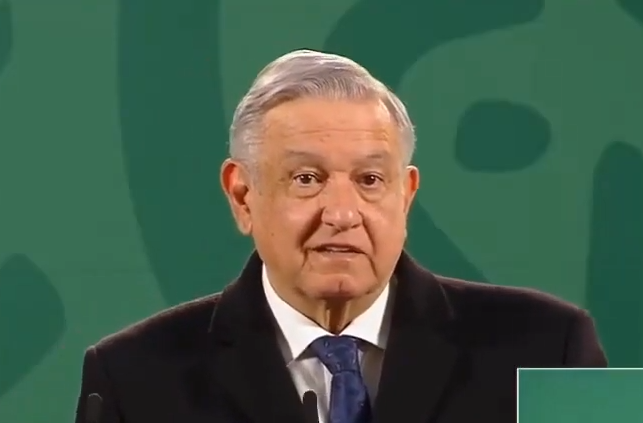 March 3 (EIRNS)—In the middle of the Texas energy crisis, President Andrés Manuel López Obrador asked leaders of the Federal Electricity Commission (CFE) to brief the nation on how that crisis proves that his policy to restore national energy self-sufficiency and a  national electricity grid regulated by the government, fed by all energy sources, emphatically including fossil fuels, is urgent, and its opponents are dead wrong.

The climate mafia has launched war against AMLO’s “vision of energy sovereignty” and mandate for fossil fuels to be used before subsidized and unreliable wind and solar. “No other G20 country has such abnormal or retrograde energy policies as this government. It’s not going to advance us toward our climate goals,” one leading climate activist told the London Guardian in mid-February. International energy “investors” are preparing lawsuits against AMLO’s new Electricity Law to drive out the speculators, which was passed by the Chamber of Deputies last week and is expected to pass the Senate shortly. Rating agencies are preparing to lower Mexico’s credit rating, if it becomes law.

The CFE team, led by its chairman, Manuel Bartlett, who has been outspoken against the wind and solar energy frauds, detailed how the selling off of Mexico’s public sector electricity generation and distribution to a bunch of unregulated international speculators under the previous two administrations were the cause of the blackouts in Mexico when the cold wave hit, as happened in Texas. The officials pointed to the absurdity that Mexico, an oil producer with plenty of its own natural gas, now found itself with 64% of its national electricity powered by natural gas imported from Texas. Mexico was knocked out when the cold wave hit because the pipelines from Texas froze, and after that Texas stopped all export of natural gas because its wind and solar “renewables” failed, they
reported.

The CFE managed to cover 75% of the gap from the loss of natural gas imports by activating 11 hydroelectric plants, coal plants fed by mines which the López Obrador government had recently reopened, diesel supplied by the state oil company PEMEX at low prices, existing reserves of natural gas and purchase of some shiploads of the latter—at the wildly-high speculative prices on the international markets. Officials stressed that they could only do these things because under the energy sovereignty policy, thermoelectric plants which were under-utilized, nonetheless were maintained, against just such an emergency.

López Obrador then drew the lessons out: What just happened in Texas makes clear that it is not possible to give equal treatment to private foreign companies, he stated. The state needs to control the energy production and national electricity grid as an integrated whole. Under the previous governments, the energy sector was being taken apart, sold off in pieces, and looted. “It is important to recognize that these two public companies [Pemex and the CFE] do not have profit as their purpose, but to guarantee electricity service, and at fair prices, also, because we are going to continue fulfilling our commitment to not increase electricity prices, even with the speculation and increases in gas prices which are occurring in Texas and the United States.”