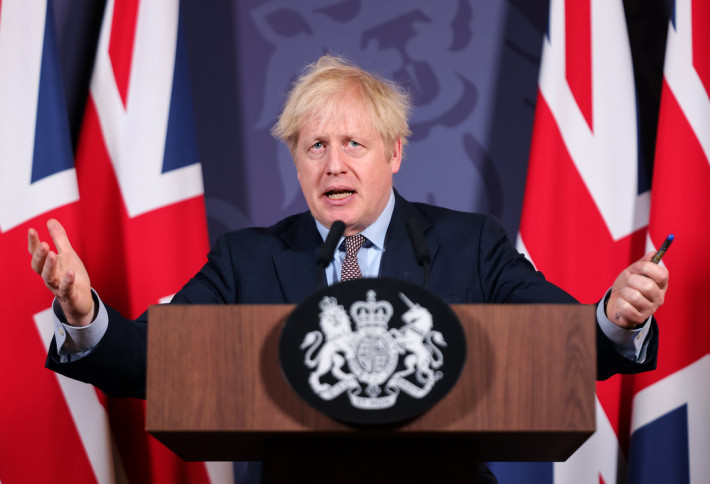 March 1 (EIRNS) — In typical “snow is black” fashion, the United Kingdom is attempting to declare the “fake news” Climate Change hoax as the biggest threat to global security, today. To argue their case, London resurrected the 90 year-old serial Malthusian Sir David Attenborough, who addressed the UN Security Council on Feb. 23. Although the virtual meeting was opened with a keynote by UN Secretary General Antonio Guterres, it was clearly organized by the UK — which held the rotating chair of the UNSC during February — and was intended as a primer for the COP 26 Climate talks, now (re)scheduled to take place in Glasgow in November, 2021.

Chaired by Boris Johnson, who presented the issue as “a matter of when, not if,” the central feature was an 8 minute video by Attenborough, who — speaking as a member of the “public” — likened the crisis to that of World War Two (“the Great War that took place during my youth”). Unlike WWII, however, {this} crisis is one “which should unite us,” said the voice from the crypt, since the threat is not rising global fascism, but “rising global temperatures!” Growing threats of wars, collapsing food supplies (from both land and sea), all was the product of our species’ failure to address Climate Change. “No matter what we do, it’s too late … and the poorest among us are(now certain to suffer,” Sir David told the united global security representatives. Climate Change is, he said, “{the biggest threat to security that modern humans have ever faced}” and only by recognizing this can we unite to avoid the worst. [emphasis added]

Also addressing the ministers was young Sudanese “activist” Nisreen Elsaim, who has been chosen as chair of the UN Youth Advisory Group on Climate Change. A very well-briefed Elsaim gave “on the ground” affirmation to the destruction that the elders had warned of.