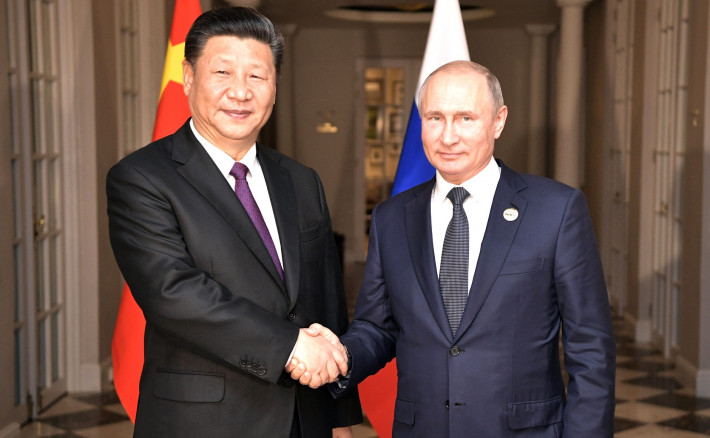 The Atlantic Council went out front on Jan. 28 publishing a lengthy proposal to try to overthrow China’s President Xi Jinping, linked to a policy document written by a “former senior government official with deep expertise and experience dealing with China.” Frederick Kempe, head of the Council, wrote a Foreword to the document, and published an op-ed for CNBC Jan. 30, highlighting it. The “former official,” who Kempe says prefers to remain anonymous, calls for efforts to encourage a coup d’état against the rule of President Xi Jinping in China. Called “The Longer Telegram,” the document refers to George Kennan’s “Long Telegram” (also anonymous at the time) which called for a “containment policy” against the Soviet Union.

In “Biden Must Draw Red Lines Against China and Focus on Xi Jinping’s Authoritarian Leadership,” for Politico on Jan. 28, Anonymous describes the 85-page paper for the Atlantic Council, largely taken from the paper’s Executive Summary: “Xi has demonstrated that he intends to project China’s authoritarian system, coercive foreign policy, and military presence well beyond his country’s own borders to the world at large,” the author says. “China under Xi, unlike under Deng Xiaoping, Jiang Zemin, and Hu Jintao, is no longer a status quo power. It has become a revisionist power. For the United States, its allies, and the U.S.-led liberal international order, this represents a fundamental shift in the strategic environment. Ignoring this profound change courts peril. Xi is no longer just a problem for U.S. primacy. He now presents a serious problem for the whole of the democratic world….

“The political reality is that the CCP is significantly divided on Xi’s leadership and his vast ambitions. Senior party members have been greatly troubled by Xi’s policy direction and angered by his endless demands for absolute loyalty. They fear for their own lives and the future livelihoods of their families. Of particular political toxicity in this mix are the reports unearthed by international media of the wealth amassed by Xi’s family and members of his political inner circle, despite the vigor with which Xi has conducted the anti-corruption campaign. It is simply unsophisticated strategy to treat the entire Communist Party as a single target when such internal fault lines should be clear to the analyst’s eye—and in the intelligent policy maker’s penning. A campaign to overthrow the party also ignores the fact that China, under all five of its post-Mao leaders prior to Xi, was able to work with the United States. Under them, China aimed to join the existing international order, not to remake it in China’s own image. Now, however, the mission for U.S. China strategy should be to see China return to its pre-2013 path—i.e., the pre-Xi strategic status quo….

“Given the reality that today’s China is a state in which Xi has centralized nearly all decision-making power in his own hands, and used that power to substantially alter China’s political, economic, and foreign-policy trajectory, U.S. strategy must remain laser focused on Xi, his inner circle, and the Chinese political context in which they rule. Changing their decision-making will require understanding, operating within, and changing their political and strategic paradigm….”

And again: “The overriding political objective should be to cause China’s elite leadership to collectively conclude that it is in the country’s best interests to continue to operate within the existing U.S.-led liberal international order rather than build a rival order, and that it is in the party’s best interests, if it wishes to remain in power at home, not to attempt to expand China’s borders or export its political model beyond China’s shores. In other words, China can become a different type of global great power than that envisaged by Xi.”