On the 100th Anniversary of the Rapallo Treaty, April 16 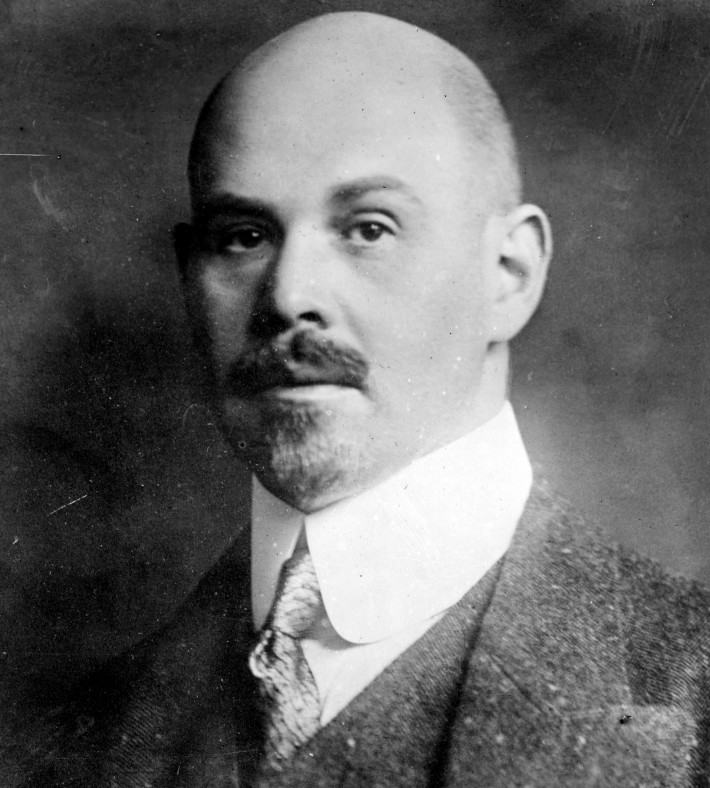 On the 100th Anniversary of the Rapallo Treaty, April 16

On the 100th Anniversary of the Rapallo Treaty, April 16 —

On the eve of the 100th anniversary of the Rapallo Treaty April 16, Alexander Hartmann, Editor of the weekly Neue Solidaritaet   released this statement (computer translated from the German,) instructive for resolving today’s crisis, by presenting the principle of the common interest among nations for mutual economic development.

Apr. 14, 2022 (EIRNS)–100 years ago, on April 16, 1922, Germany, represented by Foreign Minister Walther Rathenau, and the Russian Soviet Federative Republic, represented by Foreign Minister Georgi Chicherin, concluded the Treaty of Rapallo, in which they agreed to resume diplomatic and economic relations according to the principle of most-favored-nation treatment.
At that time, Germany’s economic livelihood, with the help of the Treaty of Versailles, was to be “destroyed,” in order to keep the Anglo-American financial system alive with the help of reparations payments imposed on Germany. Like Russia today, Russia and Germany were economically “isolated” at that time. Both sides tried to escape this isolation through economic cooperation.
Similarly, there were efforts from German industry at that time, led by the industrialist Otto Wolff, to cooperate with the young Chinese republic then led by Sun Yat-Sen, especially in the construction of a Chinese railroad network as conceived by Sun Yat-Sen in his writing {The International Development of China}.
The opportunity for a peaceful way out of the crisis was missed in 1922. Walter Rathenau was assassinated, only two months after the conclusion of the Rapallo Treaty. The attempt to pay Germany’s reparation debts with the help of the money presses, failed in 1923, with the infamous hyperinflation. The German population became impoverished and thus became the plaything of extremist forces. The same forces that had already imposed the Treaty of Versailles on Germany, now helped install fascist regimes in Italy, Germany, Spain and France, paving the way for World War II, which cost the lives of between 60 and 100 million people worldwide, depending on estimates. Economic policies amounted to imposing austerity on the population, while at the same time, beginning the buildup of arms for World War II.
Of course, the situation today, in many respects, is quite different. The attempt to isolate Russia, today, is doomed to failure because of its close cooperation with China. In fact, outside the EU, only seven countries participate in the sanctions against Russia, and it is rather the West that is increasingly isolating itself.
But there are quite a few, fatal parallels from which we urgently need to draw lessons and consequences if history is not to repeat itself. The money-printing policies of recent years (especially since 2019) have prepared the ground for hyperinflation, which is now beginning to

sweep over the world in a huge wave after the Russia sanctions have given financial speculators a way into commodity speculation. As in 1922, the economic perspective as championed by Brussels and Washington -– today, not as a Versailles diktat, but under the pretext of combating climate change–amounts to drastically lowering the standard of living of its own people. And today, rearmament is even initiated even before popular protest has brought extremist governments to power. These protests are not likely to be long in coming, given the impending energy price hikes, only this time they are threatening not just Germany, but all countries that will be hit by the consequences of this policy.
In fact, Rapallo shows us the way out of the crisis: that of international cooperation. This approach is already being pursued, by Russia and China, in the form of the Belt and Road Initiative, in which more than 100 nations are already participating. So it would be very easy to seize the 2022 opportunity by the scruff of the neck and join this initiative.
Instead of artificially creating new Iron Curtains that block our way out of the crisis, we should break with the policy of murderous and suicidal sanctions that can only lead to economic and probably military doom. We should subject the speculators’ bogus assets, based on financial claims that are only apparently “kept alive” by printing money, to a well-deserved insolvency procedure, and create a credit system that enables global economic construction; and we should turn together to solving the world’s common problems, thus creating the basis for lasting peace.
If we do that, we will have learned the right lessons from Rapallo.