Webcast: “Day of Action” Brings Youth Into Mobilization for 1.5 Billion Jobs with the LaRouche Plan 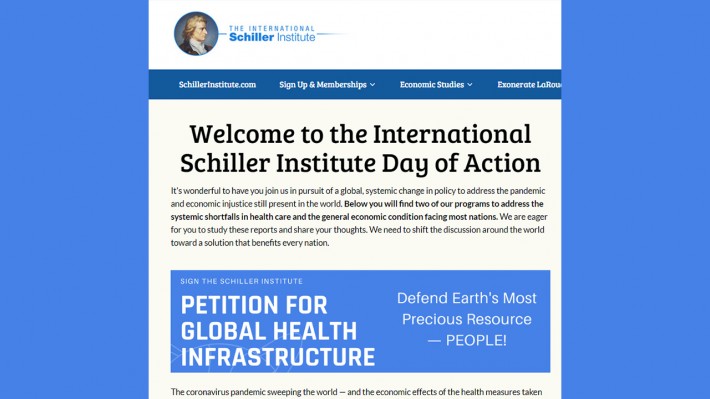 Webcast: “Day of Action” Brings Youth Into Mobilization for 1.5 Billion Jobs with the LaRouche Plan

In her weekly webcast, Helga Zepp LaRouche highlighted the significance of the engagement of young people from around the world in the Schiller Institute’s Day of Action on June 17. As she elaborated the deepening of the confluence of crises — the continuing toll from the Coronavirus, the spread of hunger and famine, and food insecurity, the economic collapse; and the growing war danger — she reiterated her belief that governments can be moved to respond to the crises, especially by the efforts of impassioned youth committed to taking responsibility to move their governments. Programs, such as the Health Silk Road plan developed by the Schiller Institute, and the LaRouchePAC program for 1.5 billion new productive jobs worldwide, must be taken now.

In reviewing the world’s strategic “hot spots”, such as North Korea, Syria and Libya, she blasted the immorality of imposing killer sanctions during the time of a pandemic. Instead of using sanctions to heighten the crisis, resolving these hot spots require the cooperation of leading nations. She spoke of the significance of the China-Africa summit, taking on disease and hunger, as an example of what is possible with cooperation.

She also pointed to Putin’s comments on the Maidan-style coup, which he forecast in early 2017 would be deployed to stop Trump, to demonstrate that Putin and Xi are aware of the coup, and differentiate between Trump and the coup plotters. In this context, she said she remains optimistic about the prospects for the kind of international cooperation which we are fighting for, to resolve the hot spots peacefully, and lead to a New Paradigm of economic cooperation.