Press conference: “A Nuclear War Cannot be Won and Must Never Be Fought” 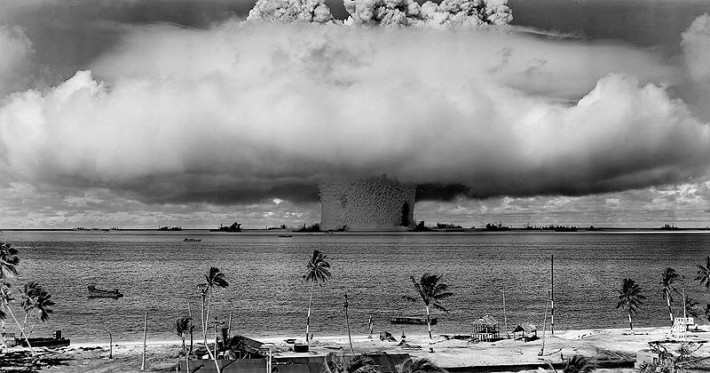 Press conference: “A Nuclear War Cannot be Won and Must Never Be Fought”

November 3, 2022by David Dobrodt in General

PDF of the invitation

On November 2, the Foreign Ministry of the Russian Federation published a very clear statement reiterating its commitment to the tenet that “a nuclear war cannot be won and must never be fought.” It continues, “We fully reaffirm our commitment to the joint statement of the leaders of the five nuclear-weapon states on preventing nuclear war and avoiding arms races of January 3, 2022. We are strongly convinced that in the current complicated and turbulent situation, caused by irresponsible and impudent actions aimed at undermining our national security, the most immediate task is to avoid any military clash of nuclear powers.”

The silence from the United States, the UK, and France is ominous. Rather than the recently issued vaguely worded nuclear doctrine, aptly described by former UN weapons inspector Scott Ritter as “nuclear blackmail,” American policymakers should consider the words of Adlai Stevenson, United Nations Ambassador during the October Cuban Missile Crisis, exactly 60 years ago: “Blackmail and Intimidation, Never; Negotiation and Sanity, Always.”
The Russians have asserted that the UK was directly involved “supervising” the recently repelled drone attack on the Black Sea fleet at Sevastopol, and have demanded an explanation for the “It is done” text message that seems to have been carelessly sent by the already-former British Prime Minister Liz Truss, to U.S Secretary of State Tony Blinken moments after the Nord Stream pipelines were blown up. What is next?

Can this mean that one false move, either from Ukraine or from British, U.S., or NATO “renegade” military, military-intelligence, or “continuity of government” forces, could take us all over the thermonuclear cliff? American and European military analysts, as well as institutional figures, are convening this dialogue to alert men and women of good will around the world that an alternative course must come into being immediately. This dialogue is intended to provoke a discussion, and action, among millions, now, before it is too late.